Milwaukee’s District Attorney John Chisholm admitted on Monday that the $1,000 bail that released Darrell Brooks Jr., the man who went on to kill six people at a Christmas parade in Wisconsin, was ‘unacceptably low.’

But Brooks, a repeat offender, was just one of several men to have been charged with serious crimes, who had recently been given relatively low cash bails and diverted away from pre-trial detention by Chisholm and Milwaukee judges.

On November 11, Kenneth Burney was charged with four counts of attempted murder.

Burney reportedly shot and wounded at least three Wauwatosa police officers in a hotel, while he awaited trial for serious charges including ‘disorderly conduct with use of a dangerous weapon as a habitual criminality repeater and with domestic abuse assessments.’

Burney was reportedly released on a $1,000 signature bond in March. A signature bond does not require a defendant to deposit any money. It only asks for a promise to pay the bond if they fail to show up at trial.

On November 13, Michael Dabney was charged with 1st-Degree Intentional Homicide, while he awaited trial for 1st-Degree Recklessly Endangering Safety involving use of a weapon. His bail was set higher at $10,000.

But Dabney posted bail and was later accused by police of killing a woman and attempting to make it look like a suicide.

All three men had supposedly been under the supervision of the same non-profit diversion program, JusticePoint. 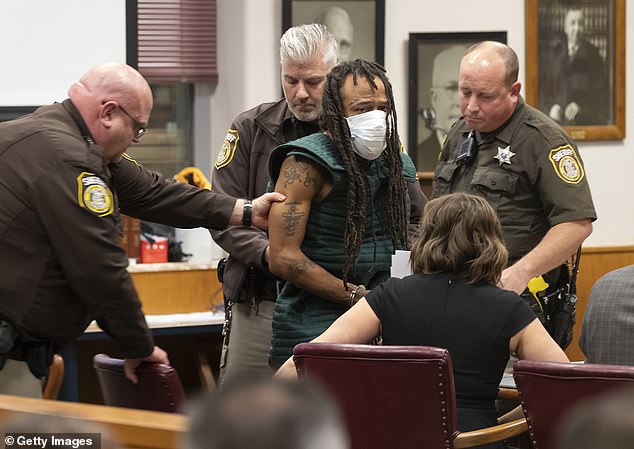 Darrell Brooks Jr. (above), a repeat offender, was just one of several men to have been charged with serious crimes, who had recently been given relatively low cash bails and diverted away from pre-trial detention by Milwaukee’s District Attorney John Chisholm and Milwaukee judges.

How many lives could have been saved and how many fewer people would have been victimized, had Brooks, Burney, and Dabney, been kept in jail?

We do not yet know because the reports that JusticePoint was supposed to file with the Milwaukee Board of Supervisors in 2020 or 2021 are not available on its web site, and the reports for 2017 through 2019 are incomplete, according to an investigation by Bill Osmulski of the MacIver Institute.

Calls to JusticePoint and to the Milwaukee Board of Supervisors requesting the reports were not returned.

What we do know is that some defendants facing serious crimes, some sickeningly similar to the circumstances of the Waukesha Christmas parade tragedy, were given low cash bails and released awaiting trial in Milwaukee county.

The MacIver Institute found that defendants charged with crimes like felony hit and run ‘are often released without any kind of supervision at all.’

In 2019, ‘judges have released 11 of 31 defendants charged with hit and run involving injury or great bodily harm without supervision. Their bail was set as low as $250.’

Regardless of the specifics, the Waukesha killings points to how progressive prosecutors, judges, and policymakers are sacrificing public safety on the altar of reducing incarceration at all costs, ostensibly to reduce racial inequities, namely the disproportionately high representation of African Americans in prison.

But the main reason for high levels of incarceration isn’t because America is a racist society, it’s because we’re a violent society. The homicide rate in the United States is four times as high as that of France and Britain and more than five times higher than Australia’s. Rising incarceration rates in the past reflected rising rates of violent crime. From 1990 to 2010, two-thirds of the increase in inmates nationwide came from people convicted of violent offenses. 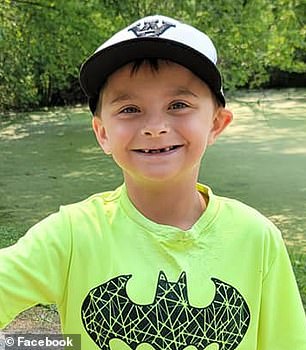 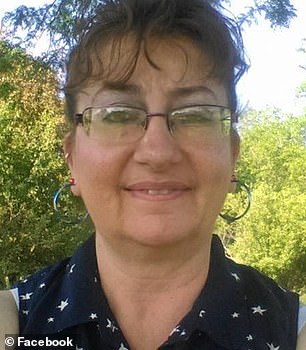 8-year-old Jackson Sparks (left) succumbed to his injuries on Tuesday. He is the youngest victim of the parade slaughter. Jane Kulich, 52 (right), a mother of three and grandmother of three, was struck and killed while walking with a parade float 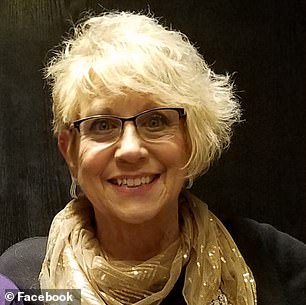 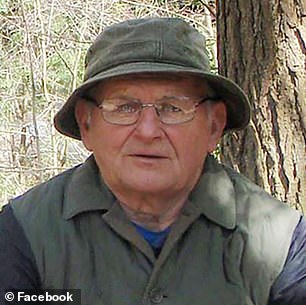 Virginia Sorenson (left), 79, was a nurse and member of the Milwaukee Dancing Grannies, a group of elderly woman marching in the parade. Wilhelm Hospel (right), 82, the husband of one of the grannies, died from internal bleeding, according to his older brother 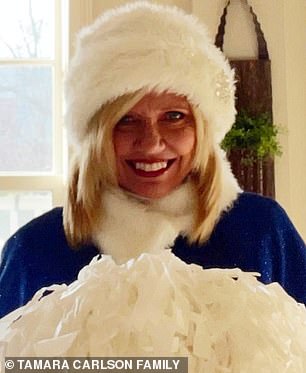 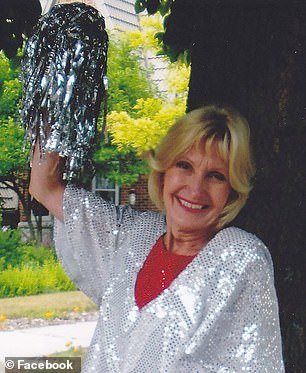 It’s true that black people are more likely to receive higher bail requirements for the same crime, to be offered plea bargains that include jail time, and to be incarcerated while waiting for trial, than white people. And African Americans are more likely to be charged with low-level offenses, fined for jaywalking, and have their probation revoked, than white people.

Black Americans are also seven to eight times more likely to commit and die from homicide than white Americans. In 2019, the homicide rate for white people was 2.3 per 100,000 whereas it was 17.4 for black people. According to the Federal Bureau of Investigation, 81% of white victims are killed by white offenders, and 89% of black victims are killed by black offenders.

Our goal should thus be first and foremost on reducing violent crime, which has the secondary benefit of reducing incarceration. And yet the focus of progressives has over the last two decades been narrowly on reducing racial inequity in incarceration.

When District Attorney Chisholm was elected in 2007, he announced that he was seeking to send fewer people to prison even though he knew it would result in homicides. ‘Is there going to be an individual I divert, or put into a program, who’s going to go out and kill? You bet.’ 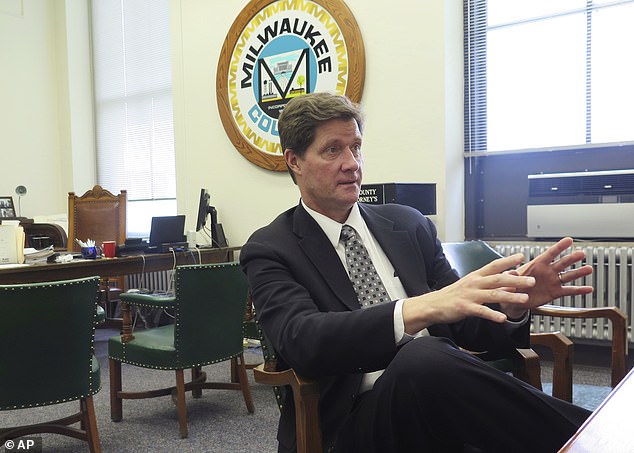 When District Attorney Chisholm was elected in 2007, he announced that he was seeking to send fewer people to prison even though he knew it would result in homicides

In 2019, Milwaukee judges diverted every single one of the 19 people charged with murder into JusticePoint, rather than hold them in jail, Osmulski found. And, between 2017 and 2018, the share of defendants that committed a new crime while under Justice Point’s supervision increased from 8 percent to 13 percent.

But another factor behind rising homicides has been the progressive demonization of police which, demoralizes police officers, leading them to withdraw from policing, and emboldens criminals.

In 2014, the police chief of St. Louis described less aggressive policing and more empowered criminals as the ‘Ferguson effect.’ Three months earlier, a white police officer in nearby Ferguson had killed an unarmed eighteen-year-old black teenager. ‘I see it not only on the law enforcement side,’ said the chief, ‘but the criminal element is feeling empowered by the environment.’

In 2015, the US Department of Justice asked one of the country’s leading criminologists, Richard Rosenfeld from the University of Missouri–St. Louis, to investigate whether homicides had, in fact, risen after Ferguson. At first, Rosenfeld was skeptical. He noted that homicides in St. Louis had already started rising before 2014.

In the wake of the summer 2020 Black Lives Matter protests against police violence, the homicide rate increased on average by more than one-third in America’s 57 largest cities. Homicides rose in 51 cities and declined in just 6 of them.

Rosenfeld told me when I interviewed him that he believed the 2020 homicide increase was in some significant amount caused by anti-police protests, which undermines belief in the police, particularly among black people. ‘When people believe the procedures of formal social control are unjust,’ noted Rosenfeld, ‘they are less likely to obey the law.’

Researchers find that negative publicity about the police has a powerful impact on police officers, making them more likely to believe that the public’s attitude toward them has worsened and that their legitimacy is being questioned. And it makes them more fearful of having false allegations leveled against them.

Viral videos of police brutality, like the one of the George Floyd killing last summer, demoralize police departments, found Harvard University’s Roland Fryer, who then retreat from the kind of policing that prevents crime.

In investigations preceded by an incident of deadly force that went viral, said Fryer, there were 893 additional homicides and 33,472 more felonies than would have been predicted without the viral video. ‘In Chicago alone after the killing of Laquan McDonald,’ reported Fryer, ‘the number of police-civilian interactions decreased by 90% in the month the investigation was announced.

Increasingly, some progressive claim that more police doesn’t prevent crime. On ’60 Minutes,’ last Sunday, a criminal justice reformer claimed that the police can’t prevent crimes, only send people to jail or prison. In 2020, then–vice presidential candidate Kamala Harris tweeted, ‘America has confused having safe communities with having more cops on the street. It’s time to change that.’

But there is good evidence that more police, and more policing, can reduce crime. In 2009, President Obama’s stimulus package funded nearly a billion dollars in police hiring grants to struggling American cities. A Princeton professor used statistical methods to find that cities that qualified for the grant had increased policing by 3.2 percent and experienced a 3.5 percent decline in crime. The effect of more police was statistically significant for ‘robbery, larceny, and auto theft,’ he noted, ‘with suggestive evidence that police reduce murders as well.’

In New York City, effective policing helped reduce homicides dramatically between 2000 and 2020. Where Minneapolis homicide rate between 2015 and 2019 was between 15 and 17, New York’s homicide rate was around 4 per 100,000 from 2015 to 2019. New York may thus show a way forward for Minneapolis and other high-homicide cities. 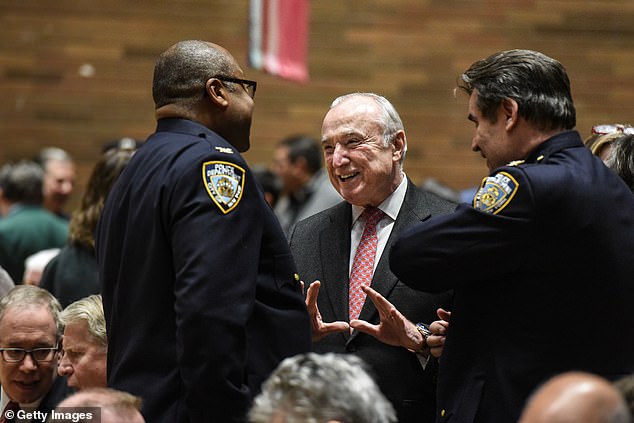 William Bratton (above, middle) as commissioner of the New York Police Department introduced the CompStat process, which changed the police’s central performance measure from arrest count to crime reduction

Neither greater incarceration nor demographic changes can explain the dramatic declines in homicides and other crimes in New York. An 11 percent increase in people locked up correlated with a drop in killings five times as large. Street crime fell 80 percent without a significant change in population structure, age distribution, or incarceration, which undermines the belief that those factors cause crime.

By 2009, over three-quarters of the young men who would have gone to prison if New York had followed the national trends did not. Good policing had prevented over-incarceration.

It started in 1994 with the hiring of William Bratton as commissioner of the New York Police Department. Bratton introduced the CompStat process, which changed the police’s central performance measure from arrest count to crime reduction. He made removing guns from the street a high priority. Bratton made officers more accountable for their performance. And Bratton prioritized breaking up open-air drug scenes

The New York success is supported by research that finds that greater police visibility decreases crime. It does so by convincing would-be criminals that they are more likely to get caught and punished, known as deterrence.

By demonizing the police and the broader criminal justice system as ‘racist,’ progressives, including Milwaukee leaders, contribute to de-legitimizing the system, and legitimizing crime. Black Lives Matter activists rarely mention that police killings of African Americans have declined from 217 per year in the 1970s to 157 per year in the 2010s in the 58 largest US cities. Nor do progressives acknowledge that today, incarceration rates in the United States are at a thirty-year low. In 2019, the state and federal imprisonment rate of 419 prisoners per 100,000 US residents was the lowest it had been since 1995, and was a 17 percent decrease from 2009.

Harvard study finds over-40s who use Snapchat, Instagram and TikTok more likely to feel down

Teenager, 19, who killed five people when he crashed stolen car is back behind wheel