Dozens of vulnerable newborns have been placed at risk after an infected person visited a Melbourne children’s hospital NICU ward.

A Royal Children’s Hospital Melbourne spokeswoman has confirmed there was an ‘exposure in our NICU’, with rapid antigen testing to be introduced for all parents and carers.

The Herald Sun reports 29 vulnerable newborns have potentially been exposed to the virus, with two babies considered tier one contacts. 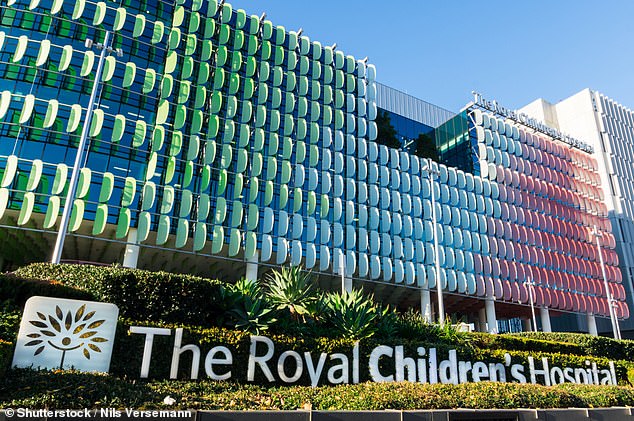 RCH will give an update on the situation later on Wednesday morning.

The hospital’s cancer ward was exposed to the virus at the beginning of this month, after a patient’s parent tested positive for COVID-19 after visiting over at least four days.

Meanwhile, elective surgeries will be paused from Thursday as the state prepares for an influx of coronavirus patients in coming weeks.

Victoria is also seeking to recruit up to 1000 healthcare workers from outside Australia.

‘As COVID cases increase … we will be progressively seeking to switch off elements of non-urgent care,’ Mr Foley said on Tuesday.

The number of Victorians in hospital with COVID-19 continues to rise. Some 675 people are currently in care, with 144 in intensive care units and 100 on ventilators.

Four men and four women died, bringing the toll from the current outbreak to 101.

Almost 60 per cent of Victorians aged over 16 are now fully vaccinated, 59.8 per cent, while 86.7 per cent have received one COVID-19 vaccine dose.

PLAYER RATINGS: Grealish was England's main threat until he was substituted, while Walker was shaky