Council chiefs faced criticism over their trans policy last night amid concern about the number of referrals to the only NHS gender service for children.

Figures obtained under Freedom of Information legislation show that the average referral rate across England was 32 per 100,000 under-18s in 2018 and 2019.

But Swindon had a figure of 66 per 100,000. It was among seven areas out of 191 with a rate more than double the national average.

Critics have accused the council of promoting ‘damaging’ transgender ideology in schools through its Relationships and Sex Education (RSE) programme in which teachers are given advice on teaching Year Seven children, aged 11 or 12, about changing gender as part of a lesson on ‘emotional and physical body changes’. 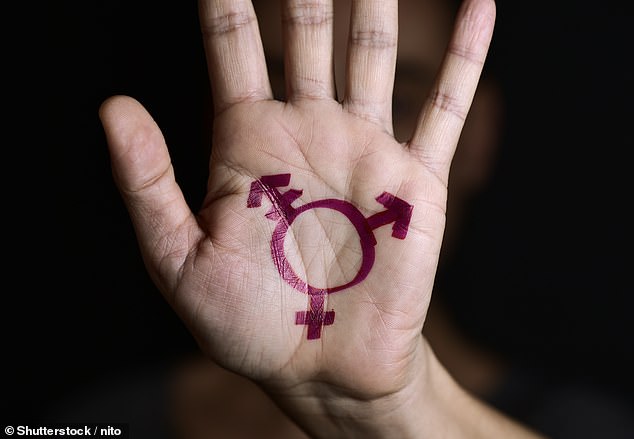 The document says children should be asked to discuss the issue in case they decide to change gender – and should talk about which changes they would ‘worry about most’ and which would they ‘look forward to’.

It tells teachers that when discussing puberty the term ‘chest tissue’ can be used because trans and non-binary people may feel negatively towards their breasts.

The guidance adds that gender-neutral terms such as ‘people with a penis’ and ‘people who menstruate’ will be used when possible throughout the document.

A lesson plan for Year 8 pupils, aged 12 or 13, says one of the aims of the class is that ‘participants will learn respectful terminology to describe assigned sex, gender identity and sexual orientation’.

Stephanie Davies-Arai, from Transgender Trend, which has campaigned against the teaching of gender theory in schools, said the guidance was ‘pseudo-scientific nonsense’ that is ‘teaching quite damaging transgender ideology in schools as fact’.

She added: ‘The area’s high Tavistock referral rate begs the question whether schools – which are reinforcing what children are being told by trans influencers on TikTok and YouTube – are likely to be encouraging children’s belief they are transgender? The answer appears to be this is highly possible.’

A Swindon Council spokesman said: ‘Our approach to Relationships and Sex Education is in line with Department for Education guidance.’

Fashion designer Carla Zampatti is remembered in a state funeral