The Daniel Andrews government will spend $30-35 billion on the first stage of a suburban rail loop, which will start with a 26-kilometre line in eastern Melbourne.

Construction is to begin next year and continue to 13 years until the scheduled completion in 2035. 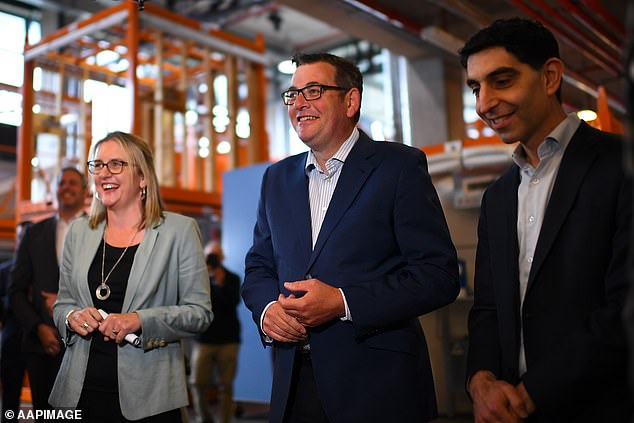 UK-based firm Laing O’Rourke was awarded the tender for the project, which will include six stations along the route.

Mr Andrews said the total cost of the project’s first stage would be between $30 billion and $35 billion.

‘This costs a lot, but it costs so much more if you don’t build it,’ Mr Andrews said.

‘I will not have a situation where people look back on our government in decades to come and say, ‘If only they had gone and built something like this’,’ he said.

Mr Andrews urged the federal government and private sector to pitch in to the massive cost but maintained it was possible for the state to fund the project alone.

The full 90-kilometre train line was announced ahead of the 2018 state election and at the time was estimated to cost $50 billion.

Shadow treasurer David Davis said too many aspects of the project remained unknown.

‘The state has huge debt already and more debt, nearly $10 billion, is being added through this process,’ he said.