A YouGov MRP poll of almost 19,000 voters across Australia showed Labor leader Anthony Albanese’s party gaining 11 seats at next Saturday’s federal election, which would give allow the ALP to govern its own right as a majority government.

However during a radio interview on Thursday Mr Dutton questioned the accuracy of the poll, which included an average of just 125 voters surveyed in each of the 151 House of Representatives electorates.

He suggested Labor leader Anthony Albanese would be more likely to form a minority government with Greens leader Adam Bandt, whose party wants to halve defence spending despite China’s more aggressive stance on territory in the South China Sea. 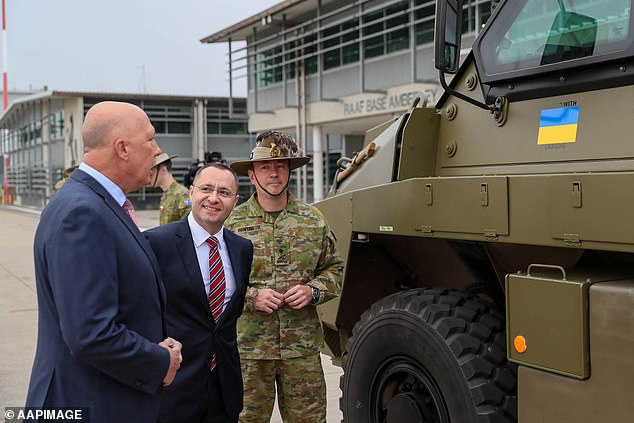 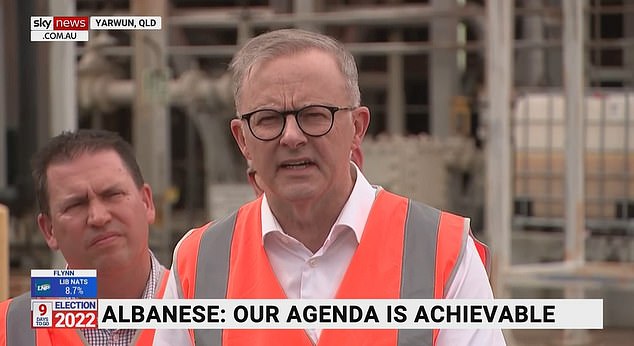 ‘It’s a recipe for disaster but I bet my house on the fact that if Anthony Albanese had to form government, and could only do so with the assistance of the Greens, he would walk over any of his friends to do it in a heartbeat,’ he told 2GB broadcaster Ray Hadley.

Mr Albanese, who comes from Labor’s left faction and holds the gentrified Sydney inner-west seat of Grayndler, on Thursday acknowledged China had been more assertive under the leadership of President Xi Jinping.

‘What I say is that China has changed its posture; they are more aggressive in the region,’ he told reporters.

The Opposition Leader also declared Labor would continue to be supportive of the US alliance, after President Joe Biden formed an AUKUS defence alliance with Australia and the UK to counter the rise of China.

‘We need to, in the words of the Biden administration, have competition without catastrophe,’ Mr Albanese said.

But should Labor form a minority government with the Greens, it would have to make concessions to the minor party.

Jordon Steele-John, the party’s peace and disarmament spokesman, last year called for defence spending to be slashed by $312billion by 2026 so more money can be spent on housing commission blocks and mental health services. 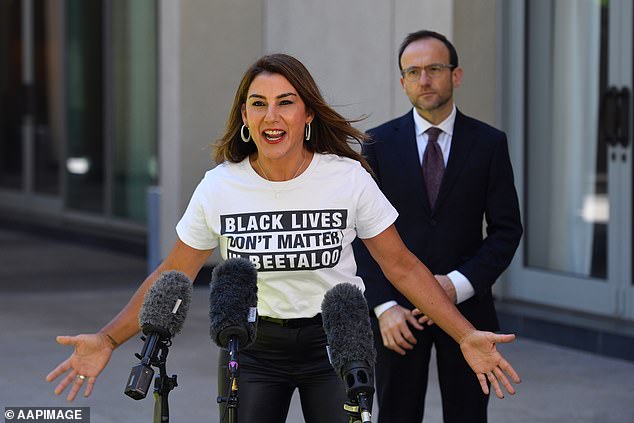 The Perth-based senator for Western Australia also wants American military bases in Australia to be closed, including the satellite and missile surveillance complex at Pine Gap near Alice Springs in the Northern Territory.

In the 2021-22 Budget, Australia’s defence spending made up 2 per cent of gross domestic product but the Greens wanted that slashed to 1 per cent by 2026.

‘This funding could be used to build 1 million homes, ending homelessness,’ he said. 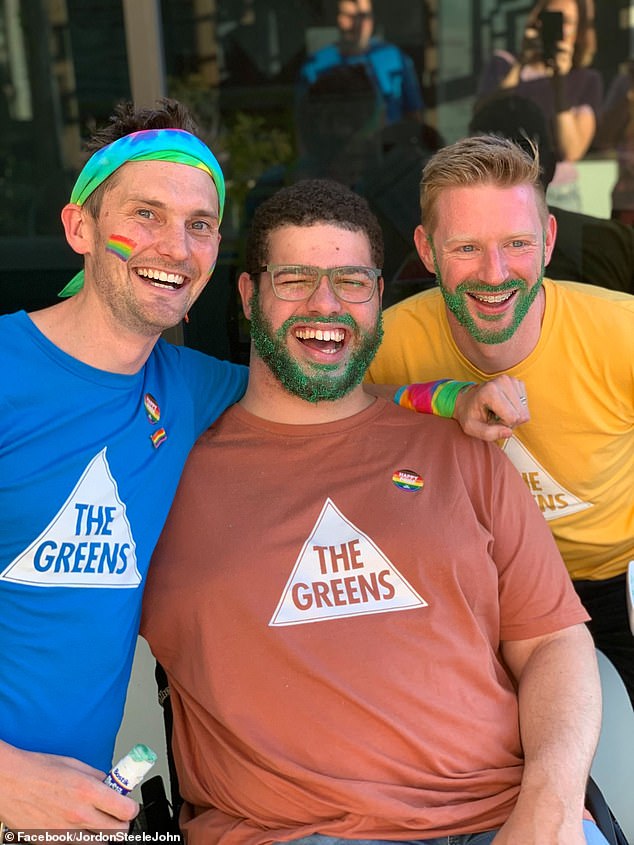 Jordon Steele-John, the party’s peace and disarmament spokesman, last year called for defence spending to be slashed by $312billion by 2026 so more money can be spent on housing commission blocks and mental health services

Mr Dutton pointed out that during that period, Mr Albanese was government leader in the House of Representatives.

‘Anthony Albanese was central to all of those negotiations back in the Oakeshott-Windsor days and if you’re going to stitch together a coalition with these Green independents, these fake independents, and the actual Green member Adam Bandt, you can’t govern frankly in that scenario because they’ll be running off in every different direction and it won’t give you the stability that you need in government,’ he said.

‘Let’s be very clear about that. 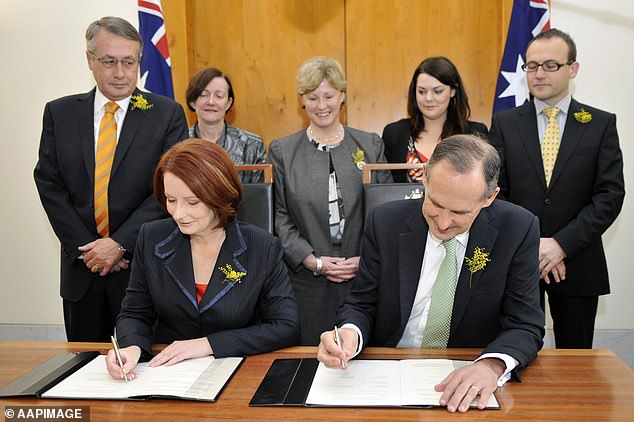 ‘For Anthony Albanese to be able to say he wouldn’t form a minority government with the support of Adam Bandt – it’s a complete nonsense.’

A Newspoll published on May 8 had Labor leading the Coalition 54 to 46 per cent, on a two-party basis.

Should the ALP win the election, as the opinion polls are suggesting, Mr Albanese would be the first Labor leader with previous ministerial experience to have won from Opposition since September 1914 when Andrew Fisher was wartime leader.