A disabled trans activist and author was canceled by a super woke mob after their job at defense contractor Lockheed Martin was revealed by a Twitter user.

Ana Mardoll, whose books have sold thousands, was first doxxed on July 30 as being employed at Lockheed’s Fort Worth facility.

In response to the allegations, Mardoll did not deny that they worked at Lockheed.

The activist wrote on their now-deleted Twitter account: ‘I’ve been aware that someone is trying to dox me and @ everyone I know in the process, so I might as well address some things here. I’m sorry I have to do this.’

They continued: ‘I work at a large corporation which I will not name. I work in software licensing, procuring text editors and code compliers for others.’

The author added: ‘I do not procure code for anything.’

Mardoll went on to say: ‘I got this particular job because my family works for the same corporation. I stay because I’m on an unusual part-time arrangement for medical reasons.’

They concluded: ‘I stay because I’m on an unusual part-time arrangement for medical reasons. It’s hard to find a remove WFH job that will give me medical insurance but let me work 10-20 hours a week.’

According to their Amazon profile, Mardoll is Ana the author of the Earthside series, the Rewoven Tales novels, and many published short stories. 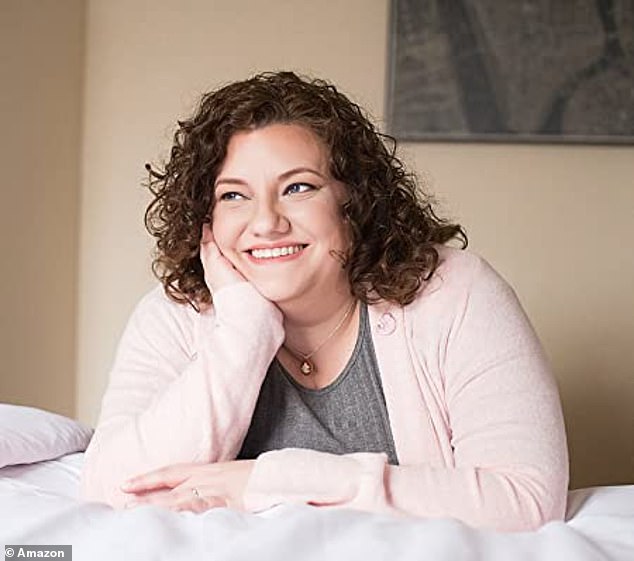 Ana Mardoll pictured here is the the author of the Earthside series, the Rewoven Tales novels, and many published short stories 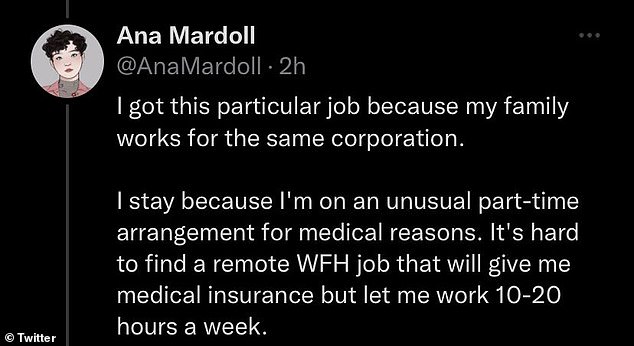 Mardoll pointed out that as a disabled person, Lockheed Martin provided them with health insurance despite working part-time 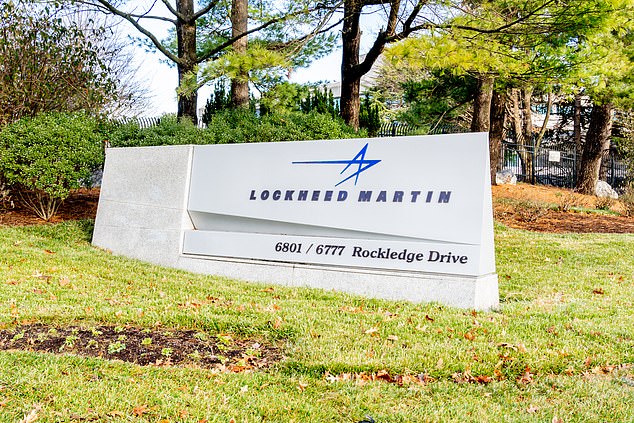 Back in 2014, Lockheed was a founding member of the Disability Equality Index, an organization that campaigns for disabled persons inclusivity in the work place

On Lockheed Martin’s official website, the company says in its inclusive hiring section that it ‘supports individuals with disabilities by providing reasonable accommodations to remove identified barriers that may arise in the completion of essential job functions.’

In 2020, Lockheed won an award for disability inclusion.

Back in 2014, Lockheed was a founding member of the Disability Equality Index, an organization that campaigns for disabled persons inclusivity in the work place.

The Twitter account that was the first to identify the author as working for Lockheed said that they set up the account ‘because I think other LGBTQIA ppl shouldn’t work for companies that do war crimes.’

That person, who says that they are based in Bangkok, also created a Medium blog page that doxxed Mardoll fully, tying her address and personal social media accounts to her career at Lockheed Martin.

The page was later removed by Medium because it violated the blog site’s standards.

Burns balked at the idea of Mardoll being accused of being a war criminal, calling it ‘next level insane’

That person later told MSNBC’s Katelyn Burns in a conversation: ‘Did you know Ana Mardoll works for Lockheed coding for an arms company that commits war crimes?’

Burns later tweeted: ‘If you’re accusing my friend of war crimes that is next level insane.’

She added: ‘Looking forward to weirdo lefties doxing every Lockheed Martin employee with this much glee since I’ve been informed it’s not really about this one person that these weirdos have obsessed over for months.’

Their Amazon profile goes on to say that Mardoll works include characters that are bisexual and polyamorous loves, transgender and genderqueer characters, disabled characters dealing with chronic pain and mental illness, survivors of sexual violence with post-traumatic stress disorders.

Their titles include, No Man of Woman Born, Cinder the Fireplace Boy: and other Gayly Grimm Tales and Transcending Flesh: Gender and Body Diversity in Futuristic and Fantastical Settings.

Mardoll’s Amazon’s profile describes them as a nonbinary trans boy in love with another trans boy. The pair live together in Texas with their five cats.

On July 5, a friend of Mardoll’s wrote that the writer and their partner were moving from their home in Fort Worth, Texas, to Illinois.

The friend said that the writer was soliciting donations for the move through their Patreon and Etsy pages.

On their Patreon page, Mardoll further described themselves as being ‘fat, physically disabled, mentally ill, nonbinary transgender, and bisexual.’

Mardoll said that the Patreon page would help to pay for their pain medicines and depression treatments.

In 2016, Mardoll was featured by Splinter News in an article on the importance of gender pronouns.

The author said: ‘I have a gender, but it’s not a simple binary male/female setting. The label I use most often for my gender is ‘demigirl’, because that fits me the best.’

Mardoll later said in the same article that she was okay with the pronouns ‘she,’ ‘her,’ ‘xie’ and ‘xer.’

In a subsequent post on their website, Mardoll said that they now switched to ‘he’ and ‘him’ pronouns in casual conversations but preferred ‘xie’ and ‘xer.’ 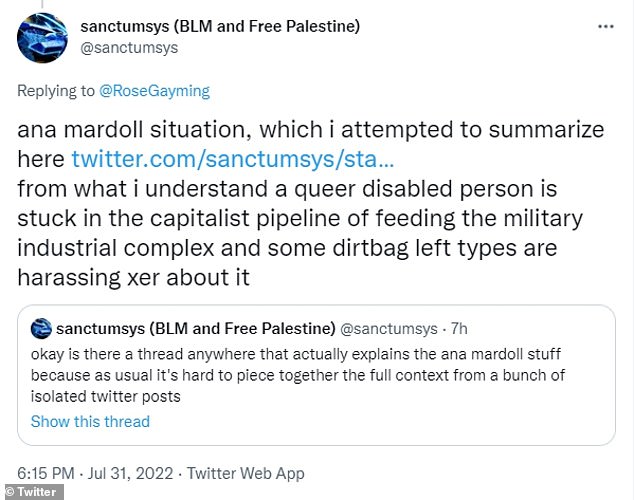 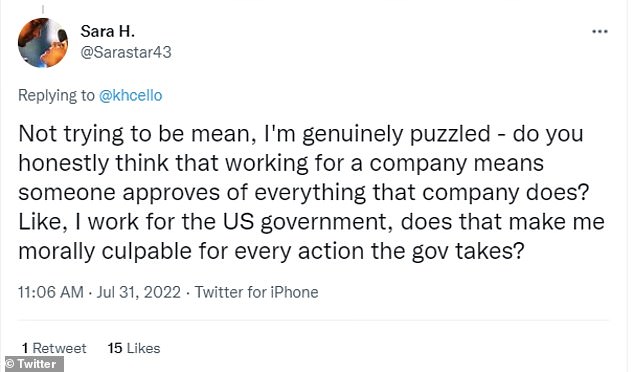 Another person questioned if because they worked for the US government, they were morally responsible for foreign policy decisions

One fan who stood up for Mardoll wrote on Twitter: ‘From what I understand a queer disabled person is stuck in the capitalist pipeline of feeding the military industrial complex and some dirtbag left types are harassing xer about it.’

That person includes the words ‘BLM’ or ‘Black Lives Matter’ in their Twitter handle.

Another person in response to the original doxer: ‘I’m genuinely puzzled – do you honestly think that working for a company means someone approves of everything that company does? Like, I work for the US government, does that make me morally culpable for every action the gov takes?’

While another person said: ‘Seems peculiar that out of all the 114000 people employed at Lockheed Martin, the one getting singled out and given s**t for it happens to be a trans person.’

Real Housewives Of Atlanta: Shereé Whitfield lashes out at Drew Sidora for throwing bone at friend

Care bosses issue desperate plea for No10 to ditch ‘timebomb’ no jab, no jab policy

Trans professor is placed on leave after controversially defending pedophiles