Tributes have poured in for Olympic diving coach David Jenkins who died over the weekend aged just 31.

The highly-respected coach, who had worked with diving star Tom Daley, was part of Team GB’s Tokyo 2020 training squad – which helped secure a joint-record medals haul at this year’s Olympic games.

David’s death was confirmed by British Swimming on Monday, although the cause remains unknown.

It said in a statement: ‘British Swimming has asked that the privacy of his family, friends and the British Diving community be respected at this difficult time and they will be working closely with staff and athletes who have been affected by this awful news. 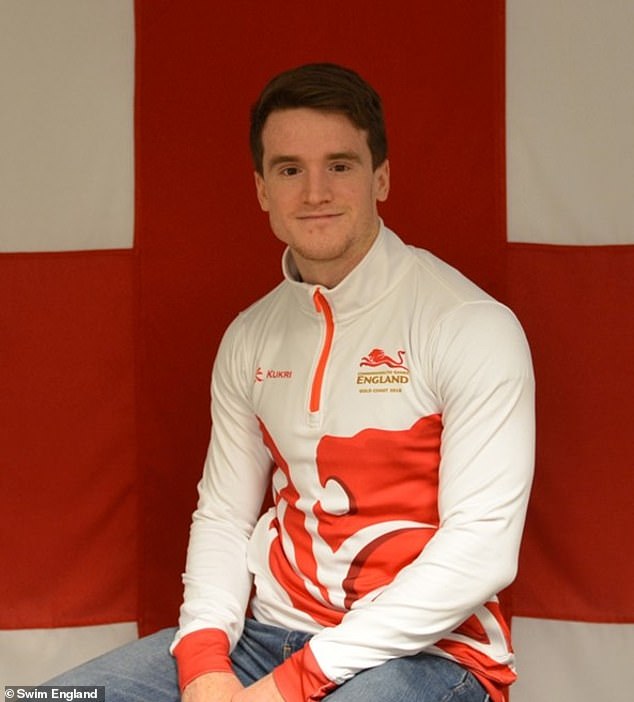 ‘David was extremely popular with all in the diving community due to his wonderful, friendly personality.

‘A former gymnast and diver himself, David had a bright future ahead of him and will be greatly missed by everyone he worked with at Swim England, British Diving and GLL.’

David was the Development Lead Coach for Dive London, overseeing the progress of the next generation of elite athletes at the London Aquatics Centre.

He worked there for eight years and played a crucial role in the development of talent, with two of his young divers – Noah Williams and Scarlett Mew-Jensen – forming part of the Team GB squad at Tokyo 2020.

Mr Williams, 22, finished 27th in the 10 metre platform event while Ms Mew-Jensen, 19, was 22nd in the three-metre springboard.

He also helped steer Team GB to successes at the World and European Championships, and Team England at the 2018 Commonwealth Games on the Gold Coast, where Mr Williams won a silver medal in the Men’s 10m Synchro. 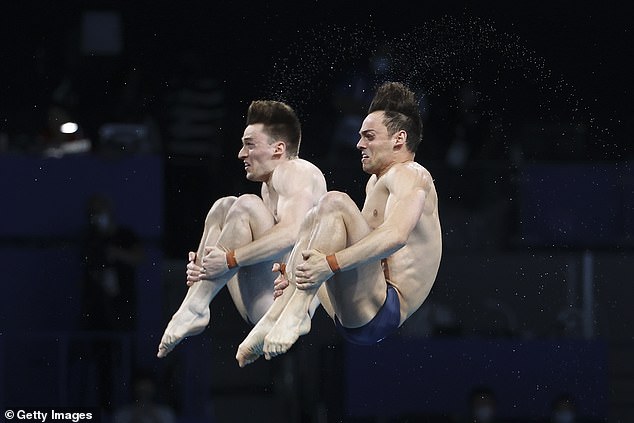 David played an instrumental role in the Tom Daley Diving Academy, where he gave lessons to thousands of children across the country as part of the Learn To Dive campaign (Pictured: Tom Daley and Matty Lee compete in the Men’s Synchronised 10m Platform Final at Tokyo 2020)

As a result, David was nominated for Diving Coach of the Year at the British Swimming Awards in 2018.

His junior athletes also saw successes at the international level.

Outside of elite competition, David played an instrumental role in the Tom Daley Diving Academy, where he gave lessons to thousands of children across the country as part of the Learn To Dive campaign.

‘He was a highly-respected coach who played a key role in the development of several divers who have competed at the Commonwealth Games, World Championships and the Olympics.

‘He will be extremely missed poolside and our thoughts and sincere condolences from everyone at Swim England go out to his family and friends.’

Tributes to David have flooded in on social media.

One Twitter user wrote: ‘Deepest and heartfelt condolences to Dave’s loving family and “diving family”. An immense loss of one so young.’

Another said: ‘A wonderful guy who will be sorely missed.’

‘All our thoughts and condolences go out to David’s wife, family, friends and the diving community.’

Yowie Bay, Sydney: Dog tied to block of CEMENT and dumped in a river as cops charge man with torture