Strike fever has reached the UK’s largest container port with workers at Felixstowe to take industrial action for eight days from August 21 in a dispute over pay.

Unite union members recorded a 92 per cent vote for the strike from an 81 per cent turnout.

The union says the dispute is a result of the Felixstowe Dock and Railway Company offering a pay increase of just five per cent to its workers.

This is an effective pay cut with the real (RPI) rate of inflation currently standing at 11.9 per cent. Last year the workforce received a below inflation pay increase of 1.4 per cent.

The port staff join a growing wave of employees, in a range of sectors from rail to telecoms, resorting to industrial action as pay rises fail to keep pace with inflation which is expected to hit double digits in Britain by the end of the year. 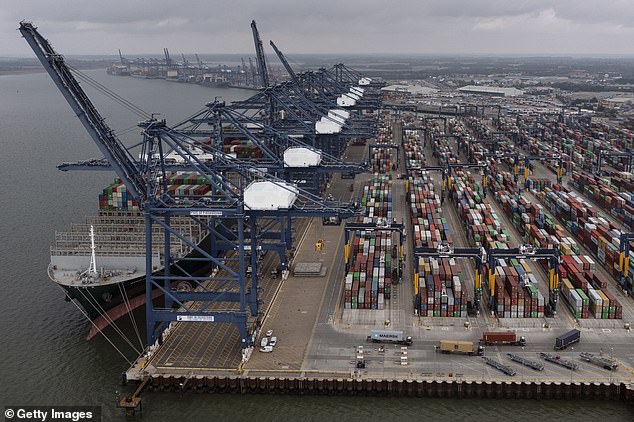 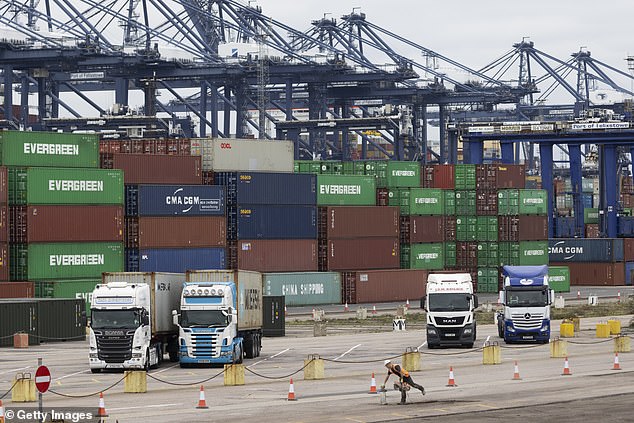 Unite general secretary Sharon Graham said: ‘The bottom line is this is an extremely wealthy company that can fully afford to give its workers a pay rise. Instead it chose to give bonanza pay outs to shareholders touching £100 million.

‘Unite is focused on defending the jobs, pay and conditions of its members and we will giving 100 per cent support to our members at Felixstowe.

‘Workers should not be paying the price for the pandemic with a pay cut. Unite has undertaken 360 disputes in a matter of months and we will do all in our power to defend workers.” 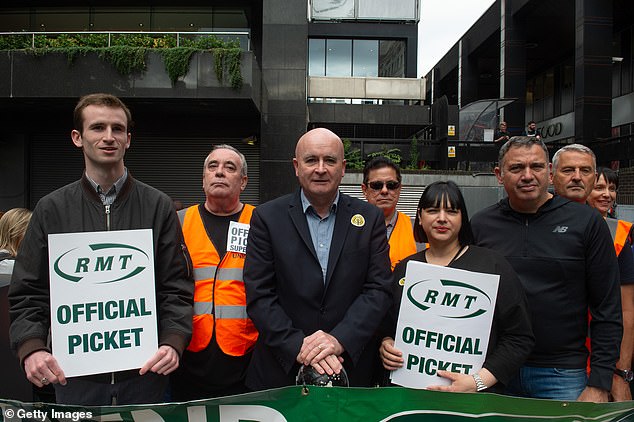 Mick Lynch joins the picket at Euston Station station yesterday, July 27, as rail workers in the RMT strike over pay and conditions

Strike action would bring Felixstowe to a standstill and would cause major logistical problems for maritime and road haulage transport entering the port.

Felixstowe is responsible for 48 per cent of the UK’s container trade.

‘This dispute is of Felixstowe’s own making. Strike dates have yet to be announced but even at this late stage the dispute could be resolved by the company returning to negotiations and making a realistic offer.’

Enjoy the moon! South Korea's first lunar orbiter is launched into space by a SpaceX rocket

Only in Australia: Kangaroos take over Canberra during lockdown

Manchester woman, 60, tried to fight off intruder by biting his penis while he repeatedly raped her