‘Great result from the children’s roll-out, only three deaths linked and 106 adverse reactions out of 377000 vaccines,’ it read.

‘I would say that is a better result than expected.’

In a statement, a NSW Health spokesperson said the post was fabricated and incorrect. 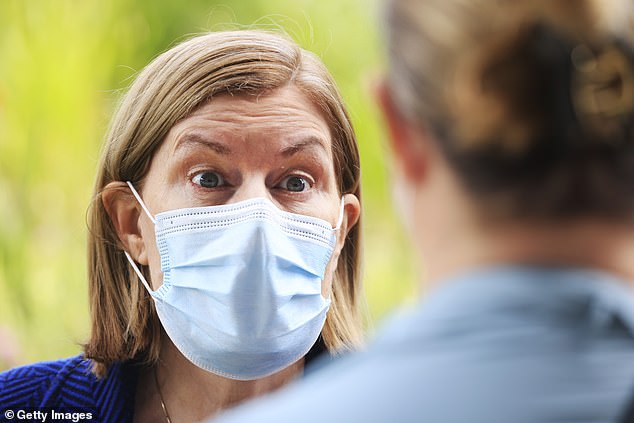 ‘NSW Chief Health Officer Dr Kerry Chant did not author the tweet or the Instagram post attributed to her and the information contained in both of them is incorrect.’

According to official data from the Therapeutic Goods Administration, only one death reported in a younger person has been linked to vaccination – a 34-year-old woman who died as a result of thrombosis with thrombocytopenia syndrome.

No children have died as a result of the vaccine. 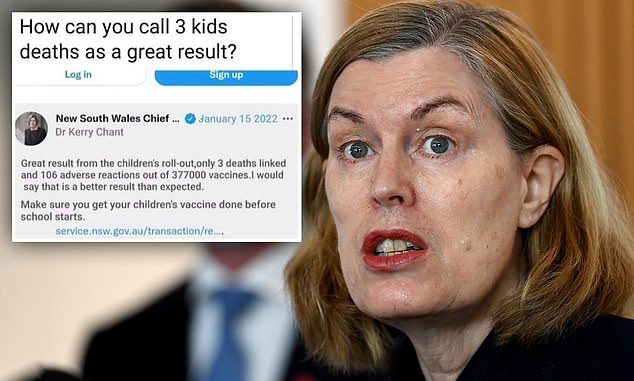 Children aged 5 to 11 became eligible a COVID-19 vaccine in Australia on January 10, with just over 19 per cent having received their first dose as of Thursday.

‘NSW Health is urging people to use trusted and credible sources of information to inform them about the most up to date COVID-19 information in NSW.

‘The COVID-19 vaccines available in Australia are safe and very effective at reducing the risk of serious illness and death.’

Kangaroo Point tragedy: Brazilian woman who died after falling off cliff was taking a ‘selfie’