Drunk identical twins, 23, who formed a ‘destructive alliance’ are jailed for three years each after they doused themselves in PETROL and threatened to blow up Esso garage in police stand-off

Identical twin girls who covered themselves in petrol and threatened to blow up a petrol station have been jailed.

Brittany and Bethany Lee, 23, sparked a stand-off with police as they threatened to set themselves on fire along with the Esso garage in Canterbury, Kent around 3am on April 10.

The pair only survived because their lighter broke before they could set themselves alight.

Both Lee twins were jailed for over three years at Canterbury Crown Court.

The twins were drunk when they poured petrol on themselves using three different pumps at the petrol station before telling police they would kill themselves. 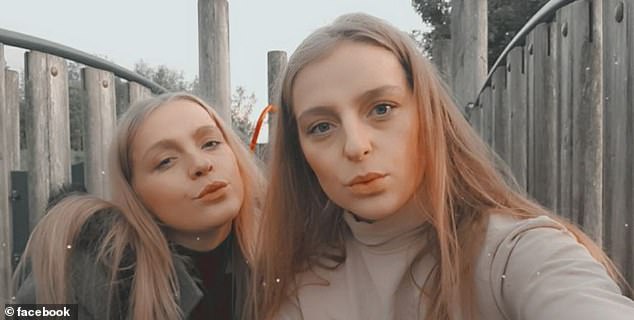 Identical twins Brittany and Bethany Lee, 23, covered themselves in petrol and threatened to set fire to themselves and the Esso garage 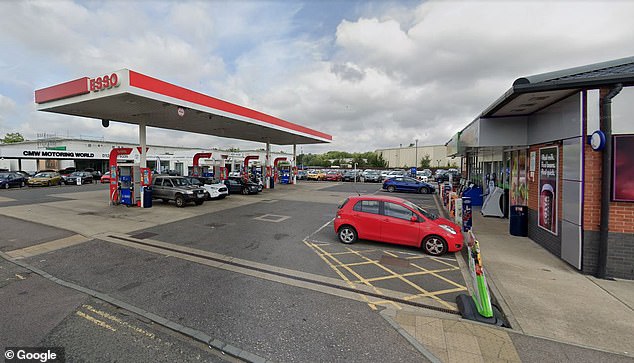 Police were called to the garage in Canterbury, Kent around 3am on April 10 – officers arrested the twins after they failed to set the petrol alight

Prosecutor Vishal Misra said during the case: ‘Officers were made aware of Bethany and Brittany being at Lakeside petrol station in Canterbury.

‘They stated in a phone call to police they planned on killing themselves and blowing the petrol station up.

‘Bethany Lee said she was seeking to set herself on fire and also the Esso petrol station.’

Mr Misra said that 20 minutes after officers arrived at the garage the twins threatened to set themselves alight if police came closer.

He added: ‘Bethany was seen with a lighter, trying to discharge the lighter.’

After the flame failed to take hold, the twins fled and were arrested after a brief chase.

A video played in court showed the twins drunkenly pouring petrol over themselves for about five minutes before verbally abusing police. 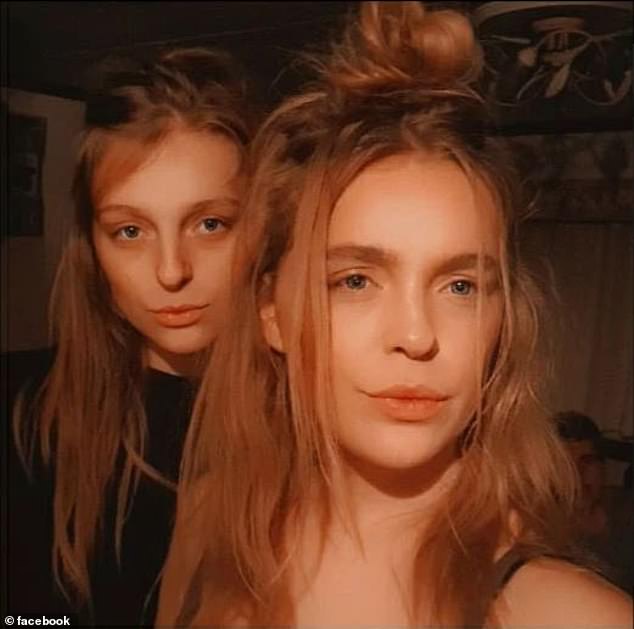 Garage staff deactivated the system so only residual fuel flowed from the nozzles.

Brittany, of Hudson Road, Canterbury, and Bethany, of Tyler Hill in Blean, had significant cuts and bruises on their faces when they appeared before the judge.

They are for relatively minor crimes, such as being drunk and disorderly and railway infractions.

Psychiatrists said the twins did not have psychiatric issues linked to their behaviour.

However, their lawyer said both had suffered emotional instability from a young age and self-harmed together, with their actions escalating recently.

Phil Rowley, mitigating for Bethany, said she has had a ‘troubling and challenging’ early life and pleaded guilty at an early opportunity.

Following on from the psychiatric reports, Judge Mark Weekes told the girls their crime was ‘in large part a desire to seek attention.’

‘It must have been a very frightening time for all concerned.’

Brittany and Bethany pleaded guilty to attempted arson with recklessness as to whether life was endangered.

They were each jailed for three years and nine months at Canterbury Crown Court.

How 12,000 German spiked helmets were displayed in New York after WWI