Drunk McDonald’s worker, 18, who attacked police officer on night out after playing dead in the street when she fell over avoids jail

A drunk teenager girl who played dead in the street while being tackled by police after kicking a patrol car on a wild night out with her family has escaped jail.

Chelsea Henley, 18, slumped to the group as an officer battled to get her to her feet during the incident in Warrington, Cheshire, last month.

The McDonalds worker had been drinking heavily and was advised to go home by officers before defiantly pushing a PC in the chest in front of her relatives.

She was eventually bundled into a police van where she kicked out at officers before being escorted to cells and left to sober up.

At Warrington Magistrates Court Henley admitted one count of assaulting an emergency worker and one count of being drunk and disorderly.

The court heard Henley was seen to be intoxicated when officers spotted her in the Bridge Street area of Warrington town centre in the early hours of May 29. 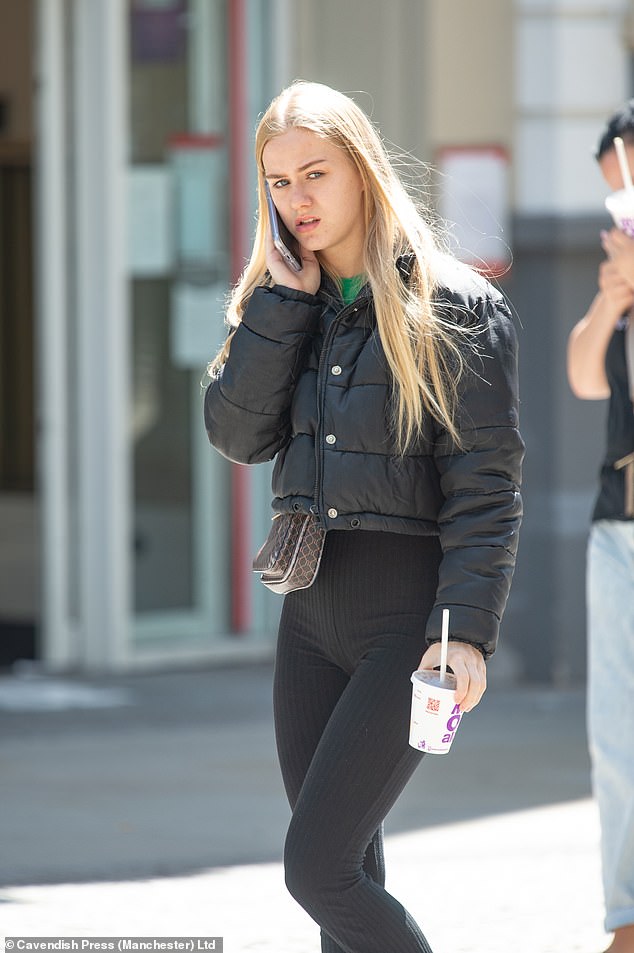 Chelsea Henley, 18, had been out drinking with her friends and family before the incident in Warrington Town Centre last month. She lashed out at a PC after she was advised to go home because she was too drunk 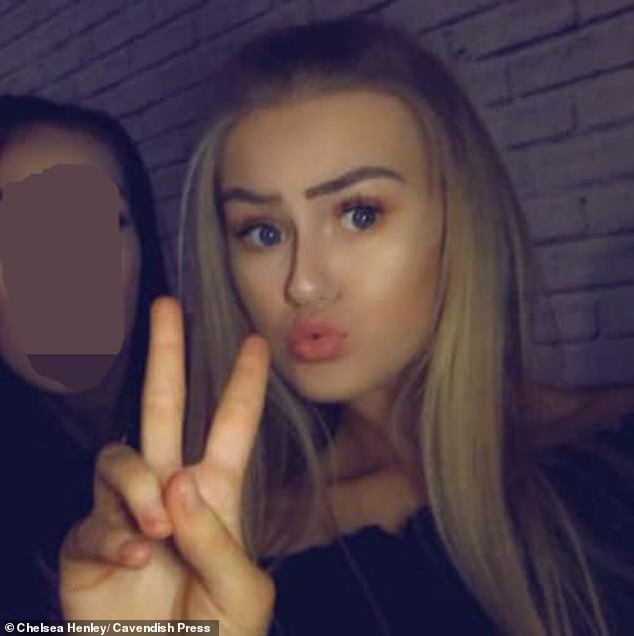 The McDonalds worker lay down on the floor to play dead as officers attempted to drag her to her feet. Police then bundled her into the back of their van and charged her with assault of an emergency worker 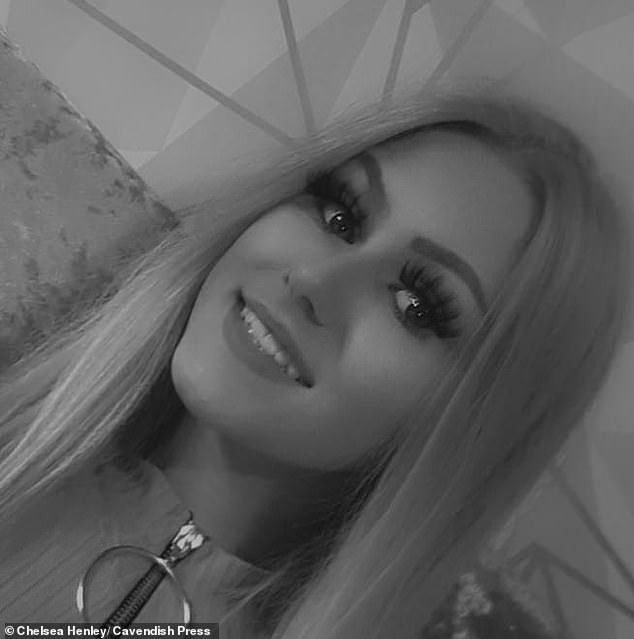 Henley pleaded guilty to one count of assaulting an emergency worker and one count of being drunk and disorderly at Warrington Magistrates Court. She was slapped with a fine of £140 with with £119 in costs and a victim surcharge

Alex Morgan, prosecuting, said: ‘PC Pringle was on uniformed duty with another officer at 2.15am in Warrington town centre when their attention was drawn to the defendant.

‘She then walked around and approached PC Pringle and kicked his motor vehicle.

‘It caused no damage but in doing so she fell to the floor. She remained on the floor with her eyes closed but still breathing.

‘PC Brown tried to rouse her but the defendant would only get up when she was informed she was going to be arrested.’

The court heard that PC Pringle told Henley to leave the area, but she pushed him with both hands to the chest area.

Ms Morgan added: ‘PC Pringle took the defendant to the floor and arrested her for police assault.

Defending Healey, Gary Schooler told the court that she had been acting ‘out of character’ and had ‘clearly consumed excess alcohol.’ 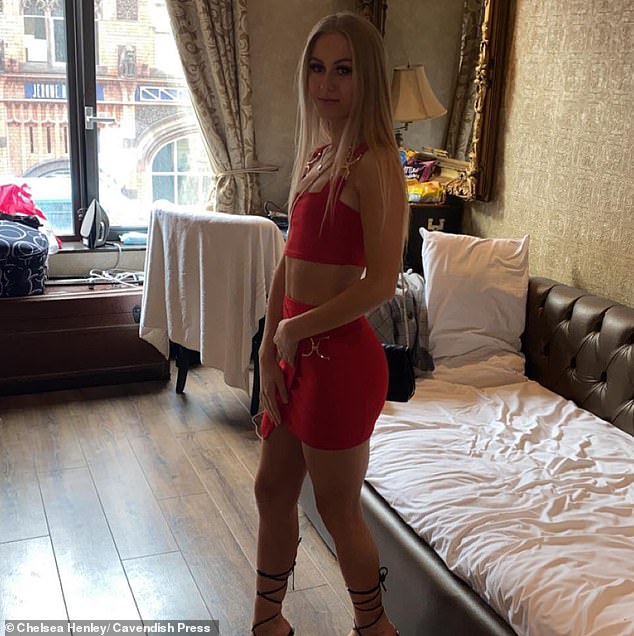 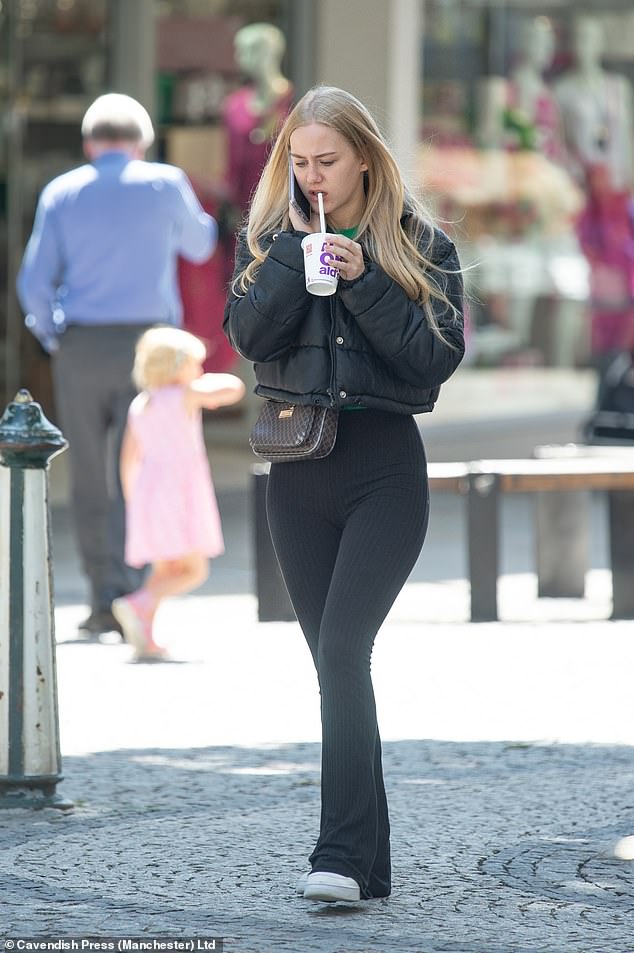 Henley was facing up to 12 months in prison for the offences, but was only handed a fine after the court heard that police initially only charged her with being drunk and disorderly. She was only further charged with assault following a review by CPS lawyers 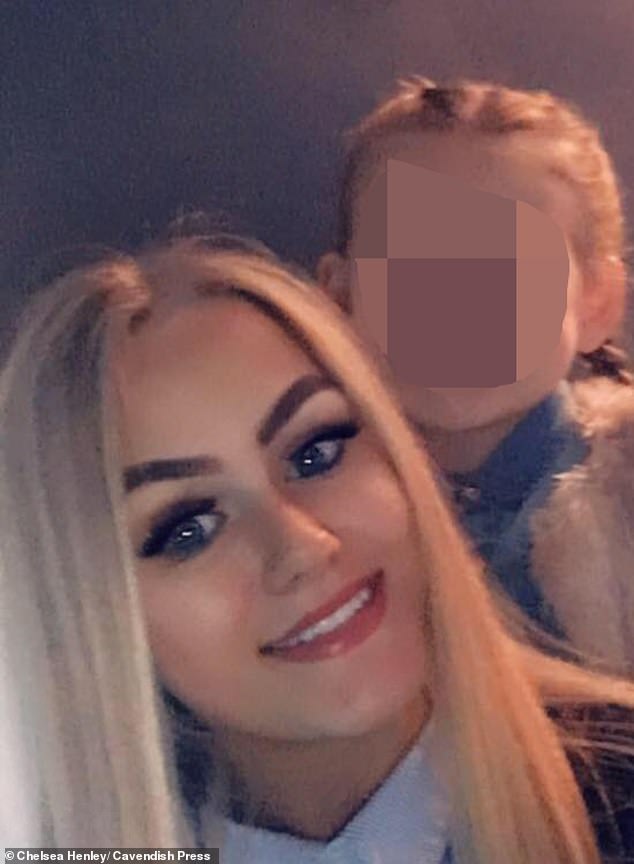 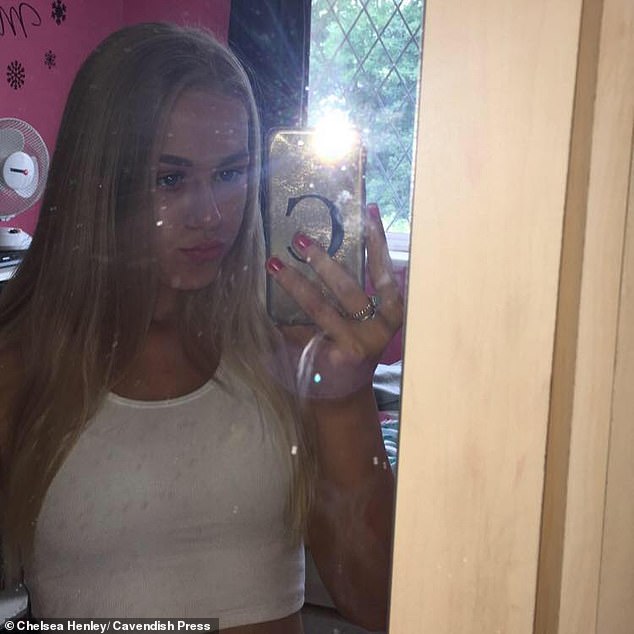 Henley was slapped with a fine of £140 with with £119 in costs and a victim surcharge after pleading guilty to both counts.

The court heard she was initially charged by police with being drunk and was only further charged with assault following a review by CPS lawyers.

Sentencing Henley, chair of the magistrates’ bench, Katherine Whitaker told her: ‘I hope that you don’t think it was a good night given that you have ended up in court.

‘It certainly does not look like a good night out to me.

‘Emergency workers should be protected in their work and they should not expect to be assaulted in their line of work.

‘There will not be any compensation but I hope that you will take note of this and that we do not see you again.’

Flynn flubs the flag! Michael Flynn appears to forget the Pledge of Allegiance at pro-Trump rally