Glastonbury festival organiser Emily Eavis has revealed that she was ‘terrified’ of the festival as a child after locals burned her family’s car.

Emily Eavis, 42, has been co-organising the iconic music event since 1999 alongside her father Michael, 86, who founded the festival in 1970.

She told Annie Mac’s Changes podcast that there was so much ‘animosity’ towards Glastonbury when it first started.

The family even had ball bearings shot through their window by angry locals who ‘loathed’ the festival.

Emily told the former BBC 1 presenter: ‘So festivals in the eighties were like entirely different.

‘The festival was growing radically and you know, every year had a different narrative with the travellers and it was like, with music and it was just- there were so many different stories to it. 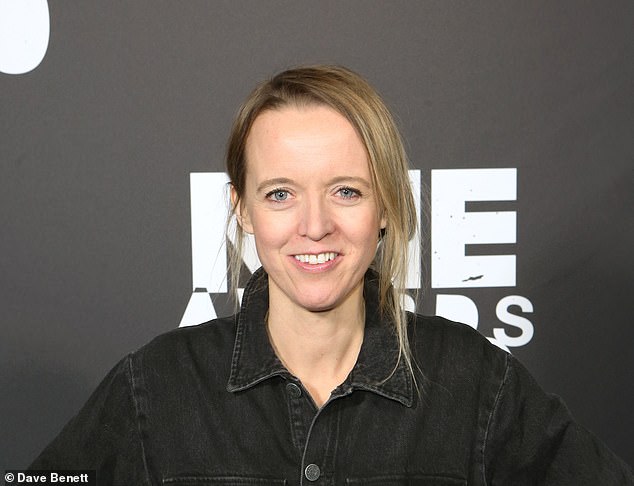 Organiser Emily Eavis said that she was initially scared of the festival when her dad set it up because locals shot through their windows and burned down their car. She told a podcast that there was a lot of ‘animosity’ towards the event 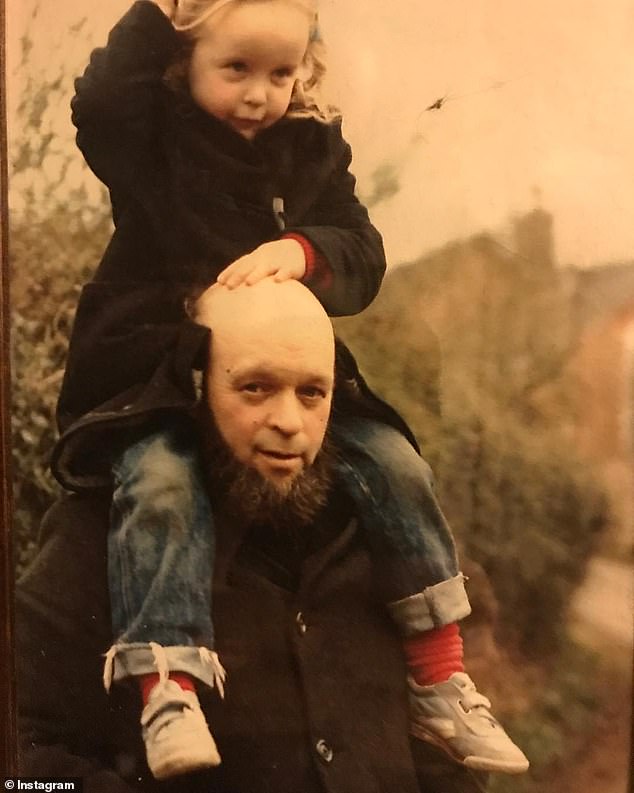 Emily, pictured with her father, has been co-organising the iconic music event since 1999 alongside her father Michael, 86, who founded the festival in 1970. She says that the family were targeted by locals who shot their home with ball bearings 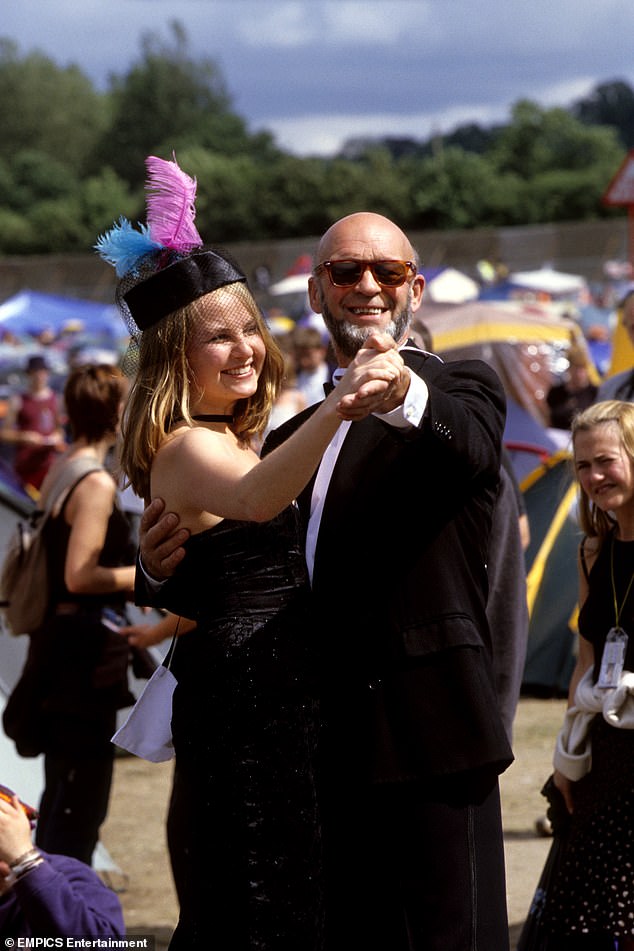 Emily said she would be trying to get people to her dad’s festival as a young girl, taking in books of tickets and flyers to school in her blazer. But she was ‘shy’ and not many people took her up on the offer in the 80s 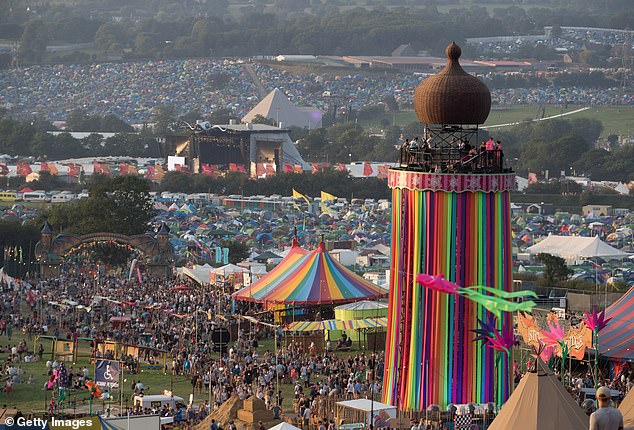 The largest greenfield festival in the world Glastonbury Festival is now a five-day festival of contemporary performing arts. Headliners this year include Diana Ross, Kendrick Lamar and Olivia Rodrigo

‘But I spent a lot of my childhood feeling terrified of it because it was like, it was pretty wild and very divisive and very, very kind of tribal in the area that we lived in.

‘There was just so much kind of animosity about it and like loathing, and it was really like full on feelings to grow up around.

‘It was burnt, you know, and things like that. It was just kind of- so I lived with a lot of this kind of fear of the festival.

Emily also explained that she was quite a ‘shy’ child, despite her dad Michael being ‘the opposite’, explaining that she would always be ‘hiding’.

But even from a young age she would be trying to get people to her dad’s festival, taking in books of tickets and flyers to school in her blazer.

She added that had her mother, Jean, not become unwell she would have had a ‘different, quiet life’ as a teacher. 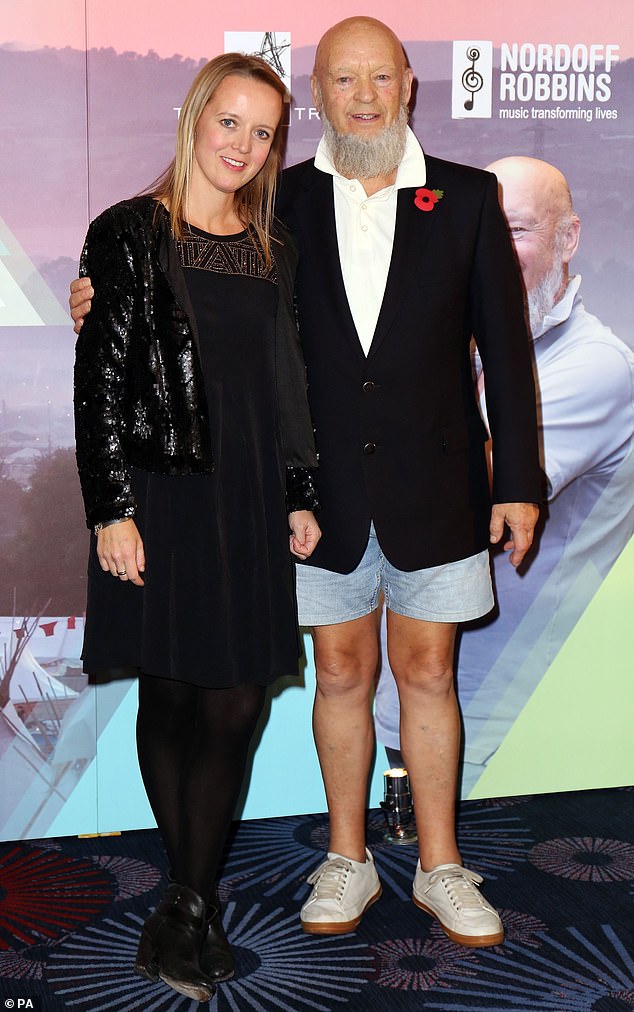 Emily had been training as a teacher when her mother became unwell, and moved back to live with her dad and help him organise the festival. She has not looked back and has become a key part of Glastonbury over the past twenty years 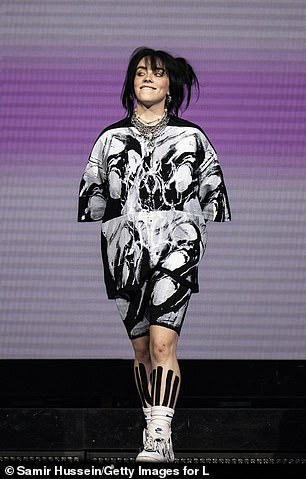 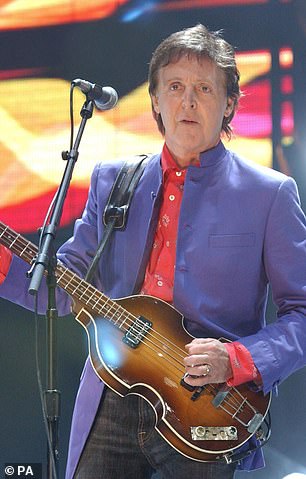 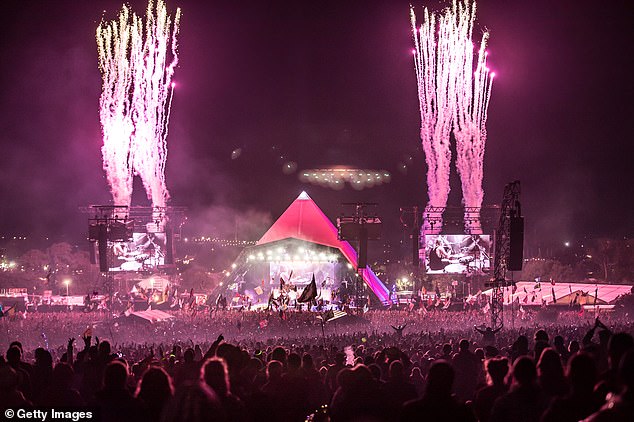 Ticket sales for the huge festival sold out in just 20 minutes, after it was cancelled last year due to the coronavirus pandemic

Emily told Annie: ‘I’d gone from this like, point of really being kind of fearful of it and wondering why we were putting up with all of this, to suddenly being like, actually this is a really great thing.

‘Like it’s not just about that, it’s about all these things.’

This year’s festival sold out in just 20 minutes, after deposits that were initially paid for Glastonbury 2020 were rolled over for a second year following the cancellation of the 2021 festival.

Headliners at the festival, which is running from June 22 to 26, include Paul McCartney, Kendrick Lamar and Billie Eilish.