Boris Johnson was spotted outside a club in Mayfair last night just half a mile away from where England’s women footballers were enjoying a night out – despite the Prime Minister being unable to host them for a reception.

Mr Johnson was seen by photographers leaving the private member’s club Loulou’s in the exclusive area of London at around 10pm yesterday, just over an hour after Home Secretary Priti Patel was also spotted outside.

Witnesses reported seeing around six cars and up to 15 armed police officers outside the club, which is just a five minute drive away from Cirque le Soir where the England women’s team were out celebrating last night.

Unlike other successful sporting teams, the Lionesses will not be honoured with a visit to 10 Downing Street this week despite their Euro 2022 victory on Sunday that secured the country’s first major tournament title since 1966.

The Prime Minister’s spokesman said yesterday that this was because Mr Johnson was attending the funeral of Northern Ireland peace process architect Lord Trimble yesterday and will then be on holiday from tomorrow.

Mr Johnson’s office today refused to say why he could go to LouLou’s but not meet the team, who held a victory party at Trafalgar Square yesterday afternoon before their contractual obligations ended and they go on holiday. 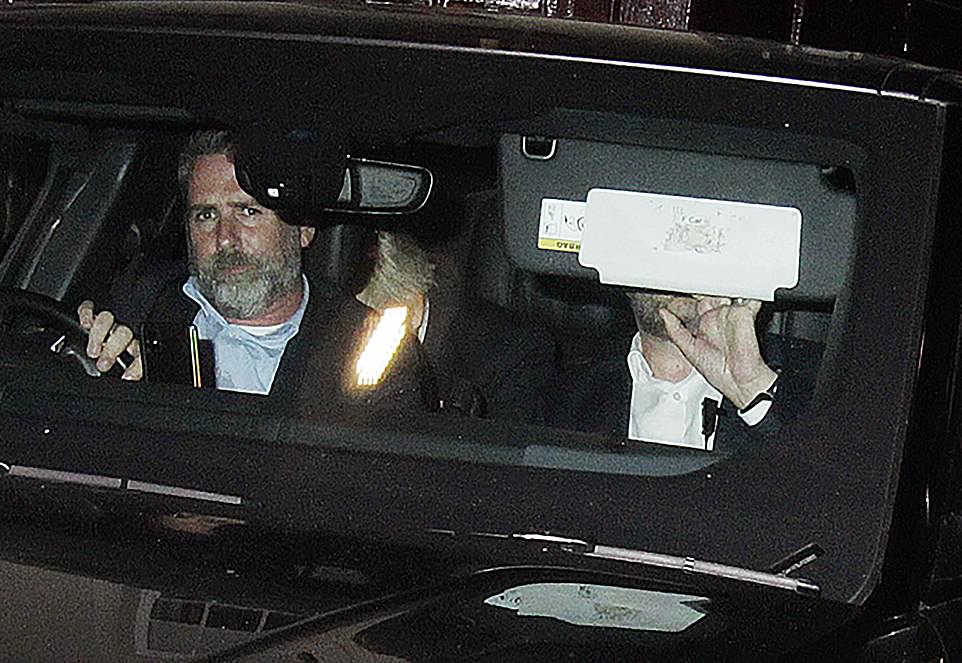 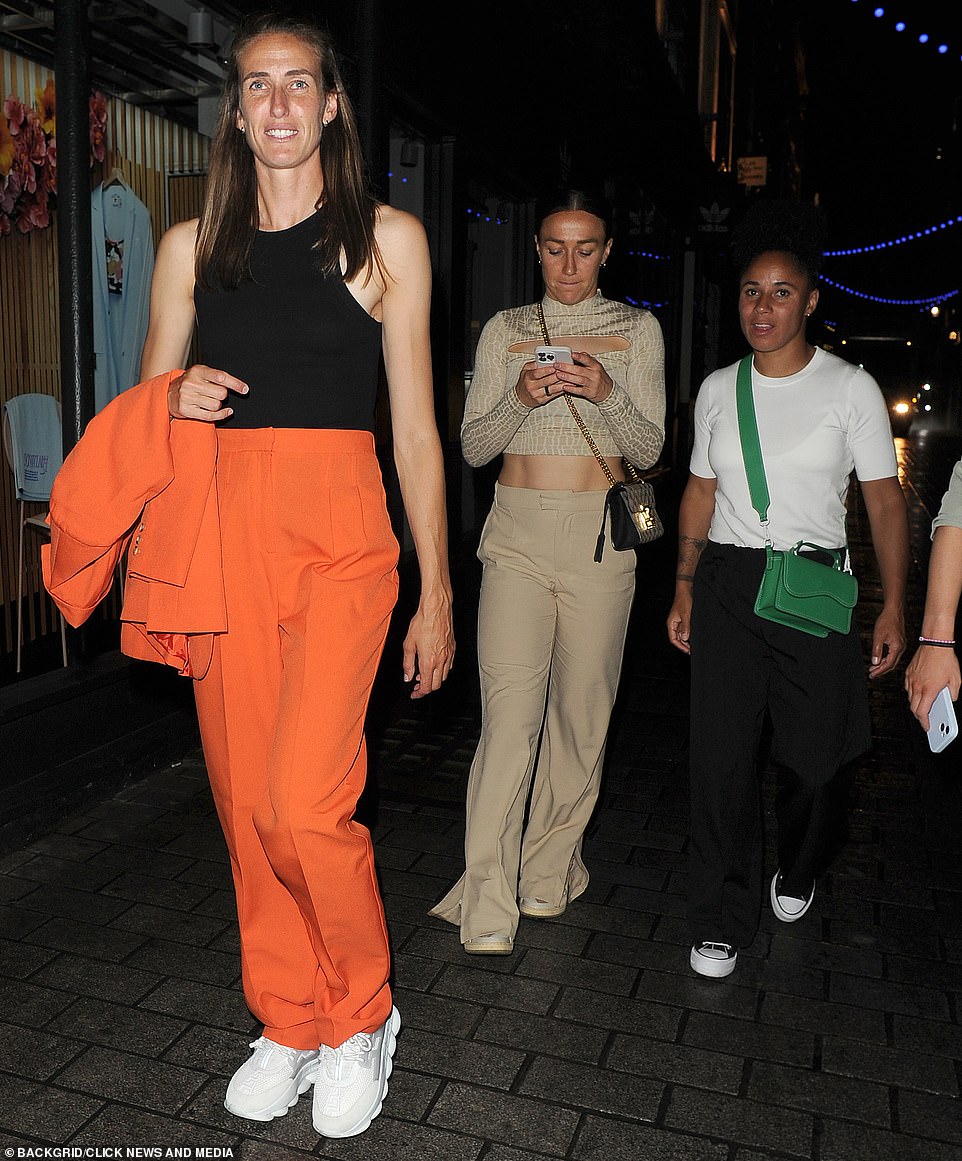 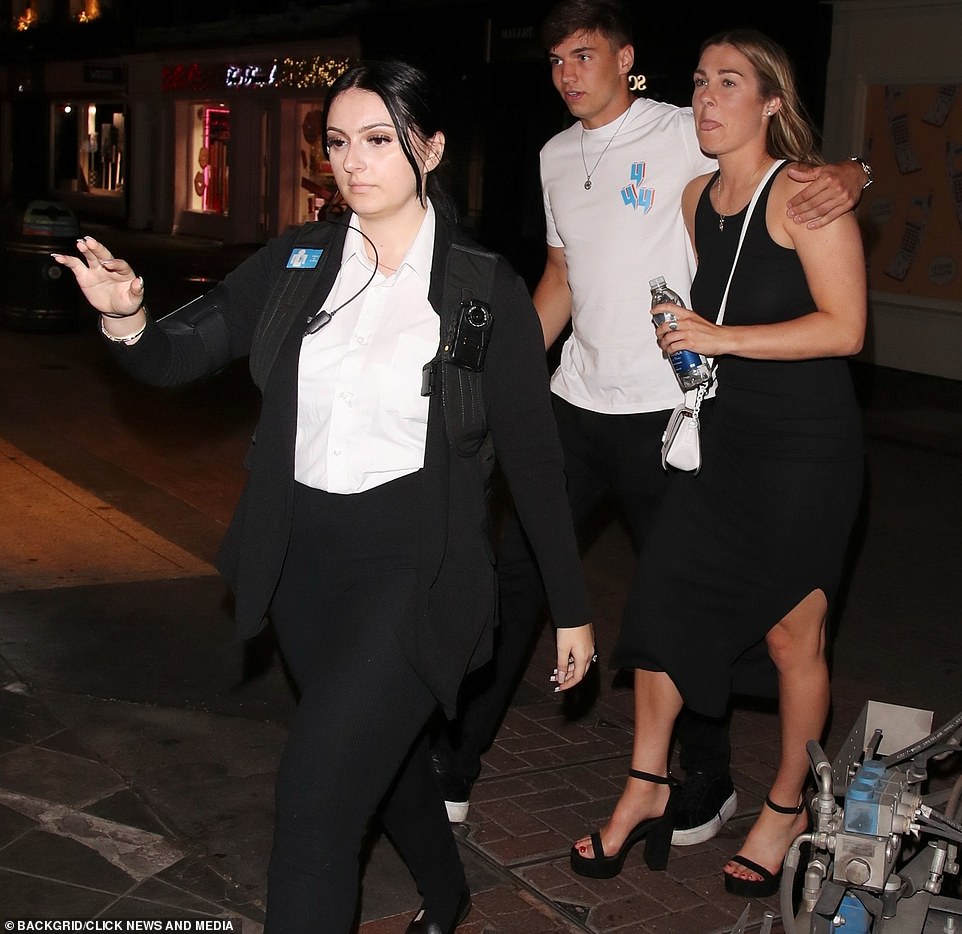 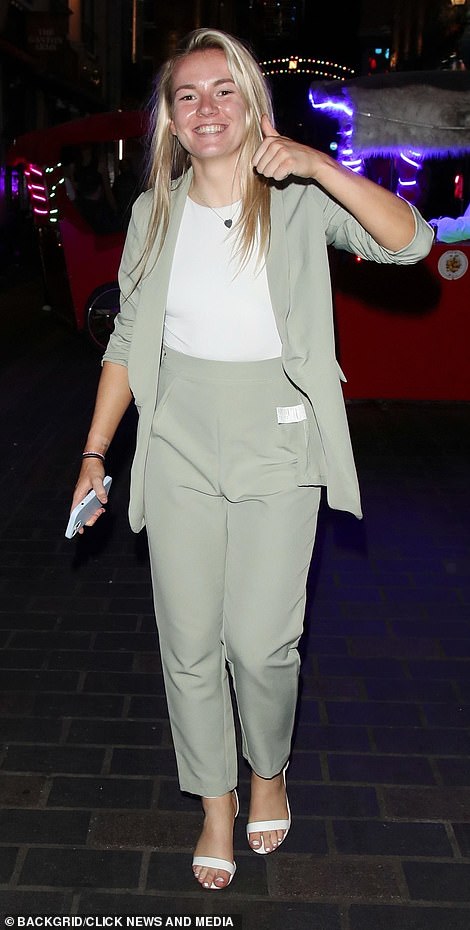 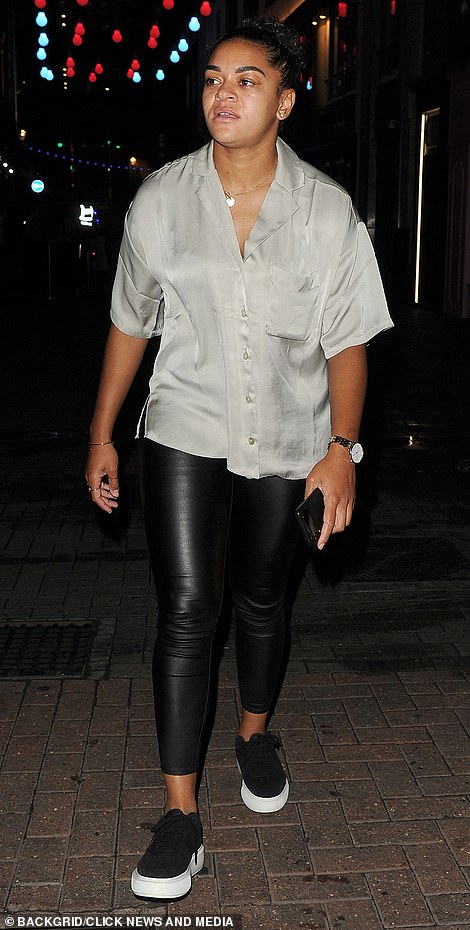 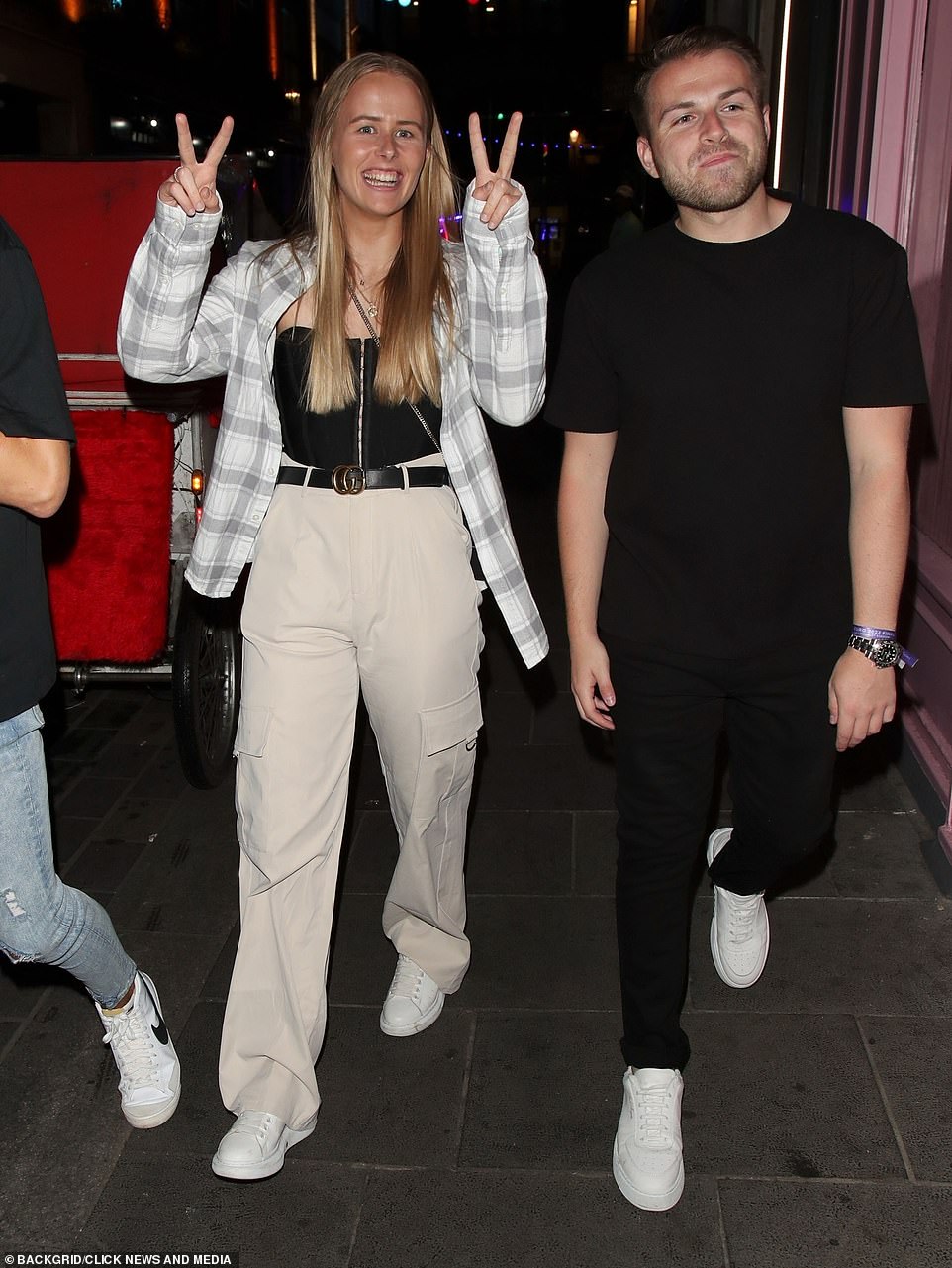 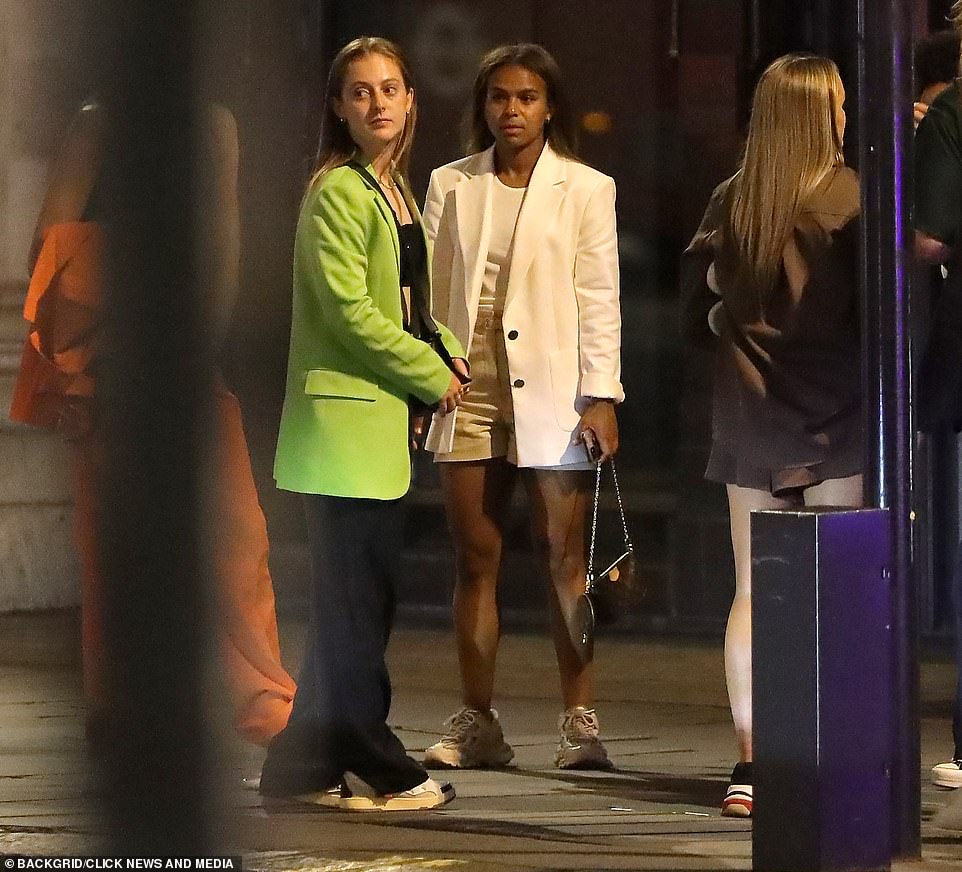 Conservative leadership candidates Liz Truss and Rishi Sunak have both committed to hosting a reception for the victorious Lionesses at Number 10 if they are chosen to be the next prime minister.

Foreign Secretary Ms Truss has also promised to ensure the team are ‘recognised for their historic victory in a suitable way’, amid calls for them to be honoured.

A spokesman for the Truss campaign said: ‘The Lionesses have been an inspiration to our nation.

‘Liz will host a reception in No 10 if she is prime minister in September and her government would ensure the Lionesses are recognised for their historic victory in a suitable way.’

Mr Sunak’s team said he would also host the Lionesses at Downing Street if made prime minister.

Asked yesterday if Mr Johnson would back damehoods for the team, his official spokesman said: ‘The Prime Minister would definitely want to see the team receive the recognition they rightly deserve for their historic victory. 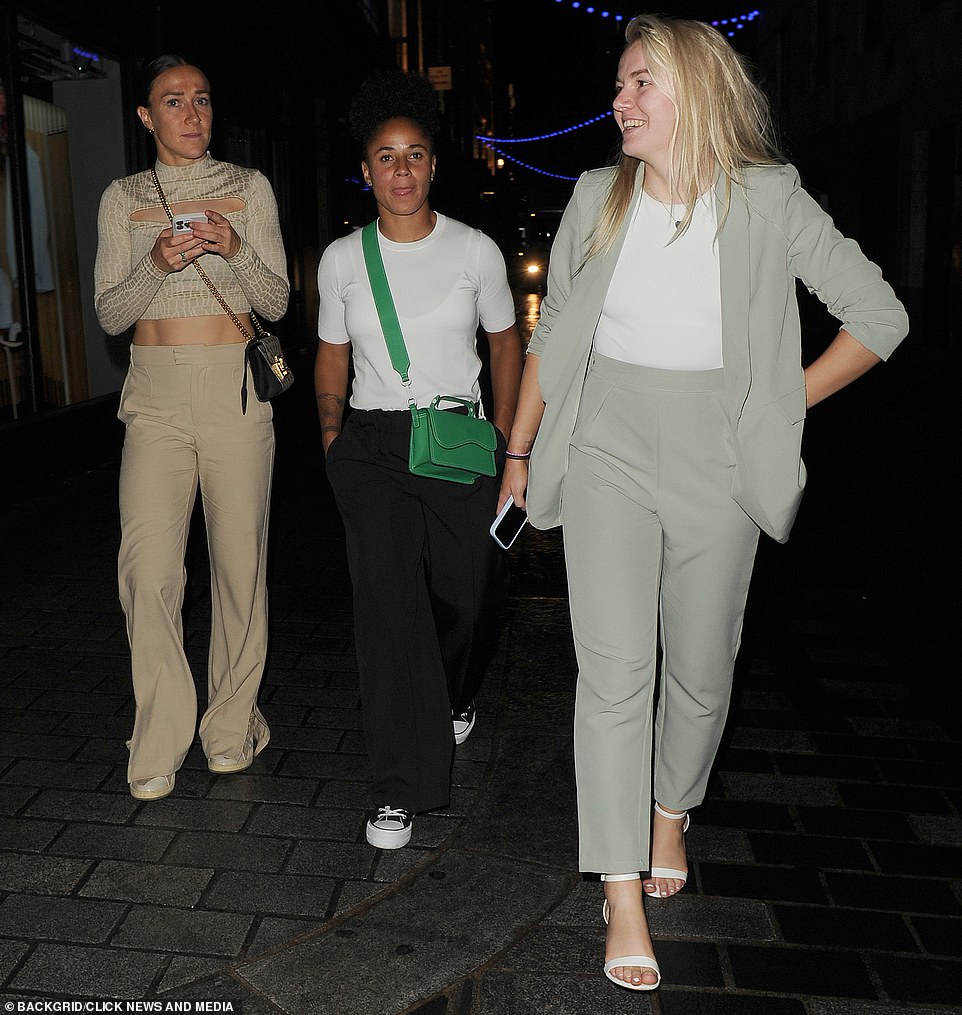 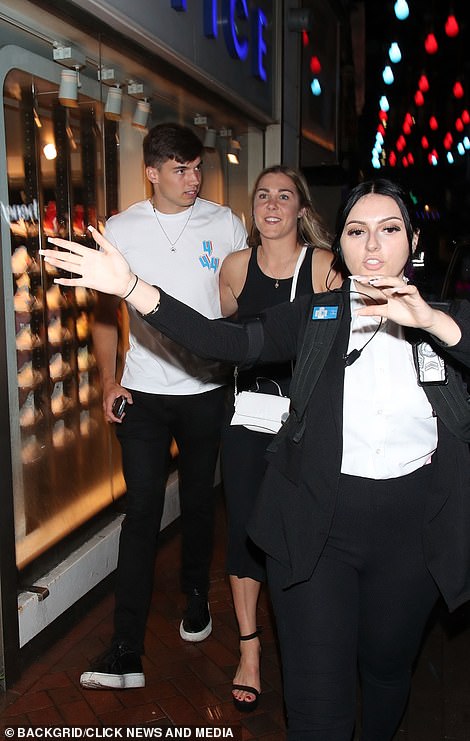 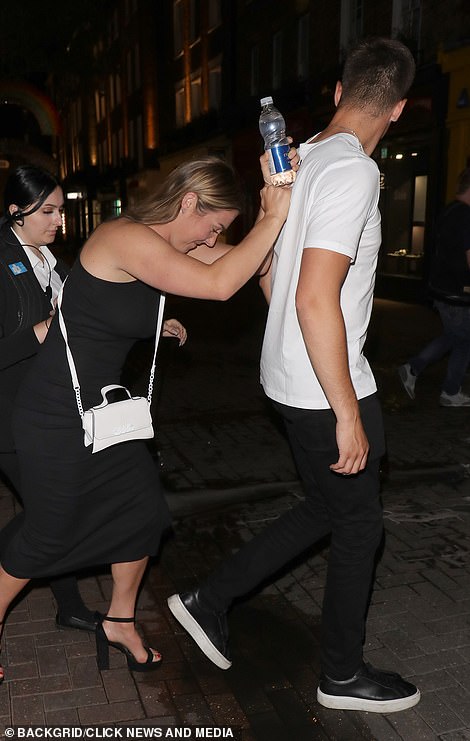 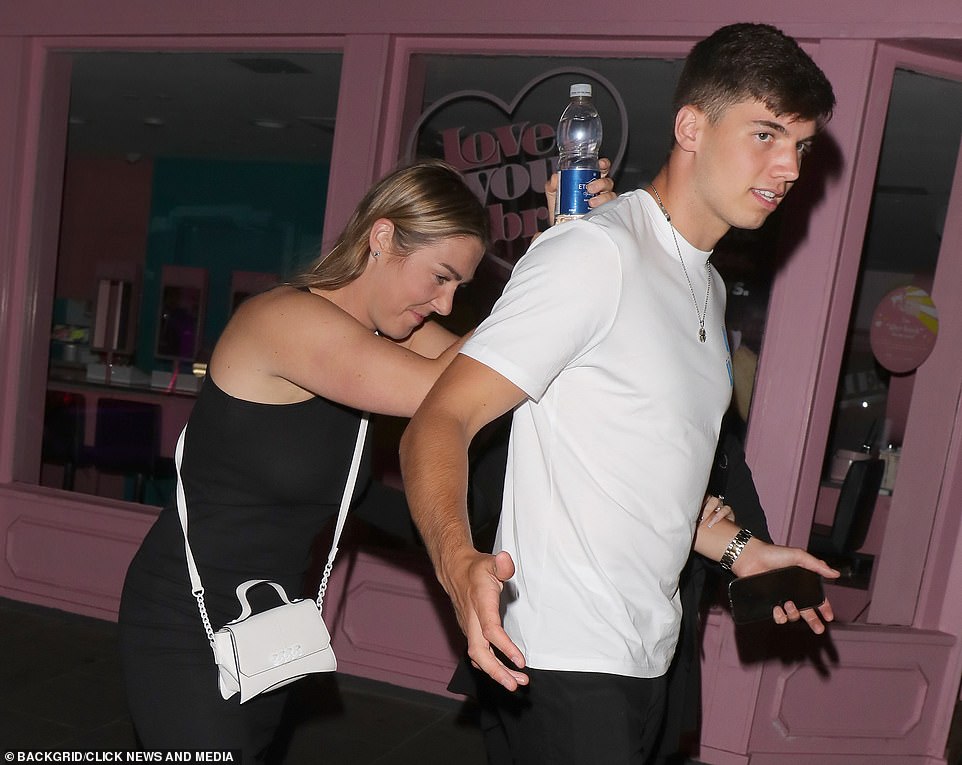 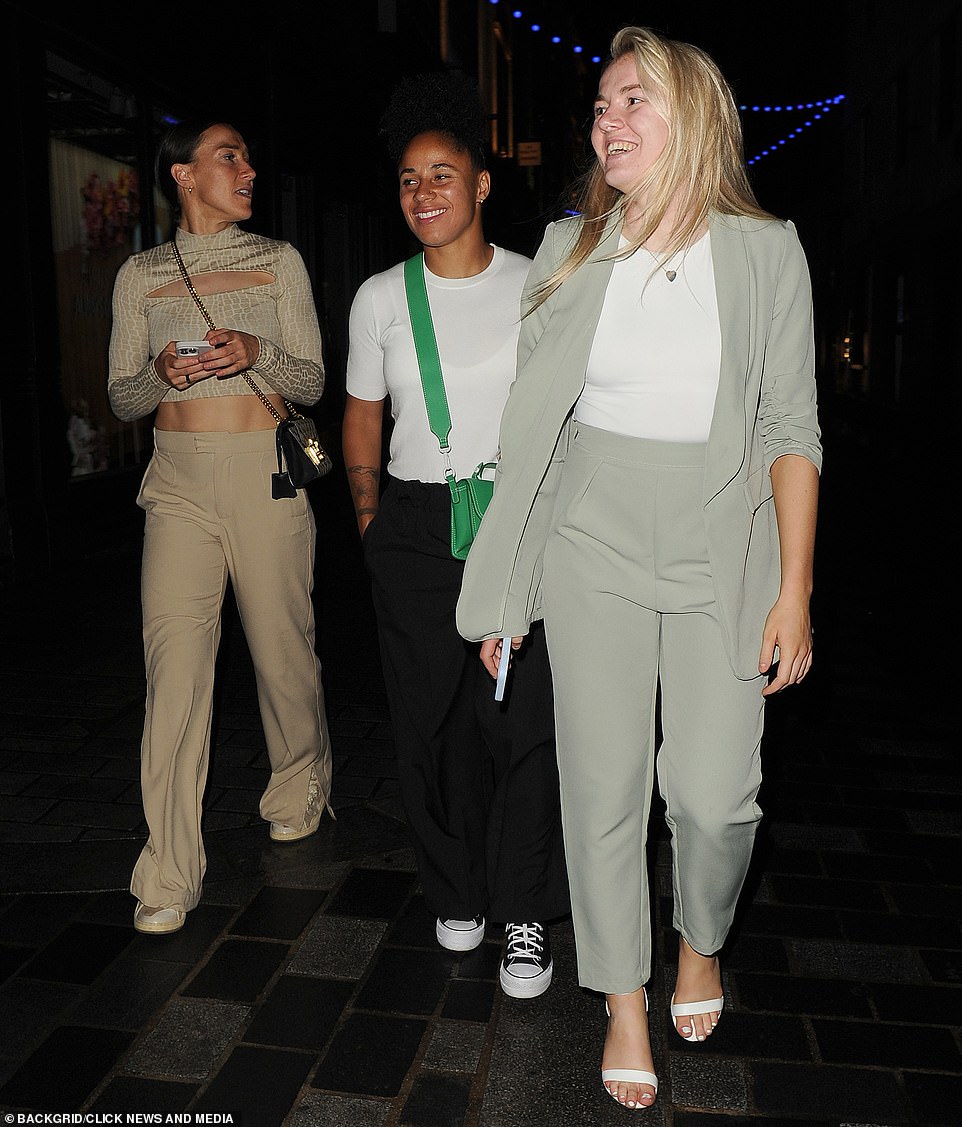 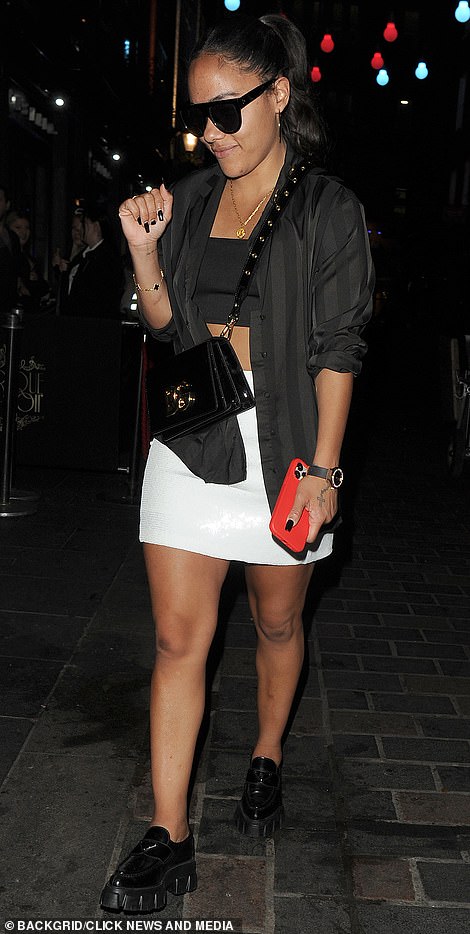 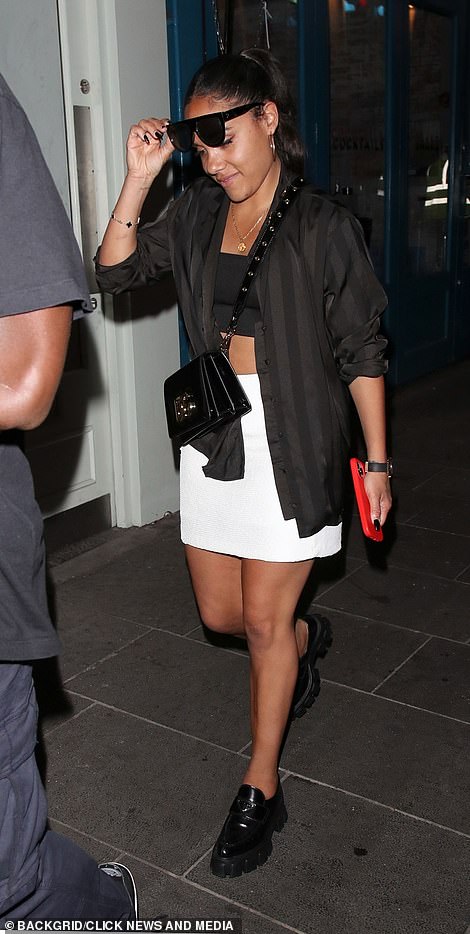 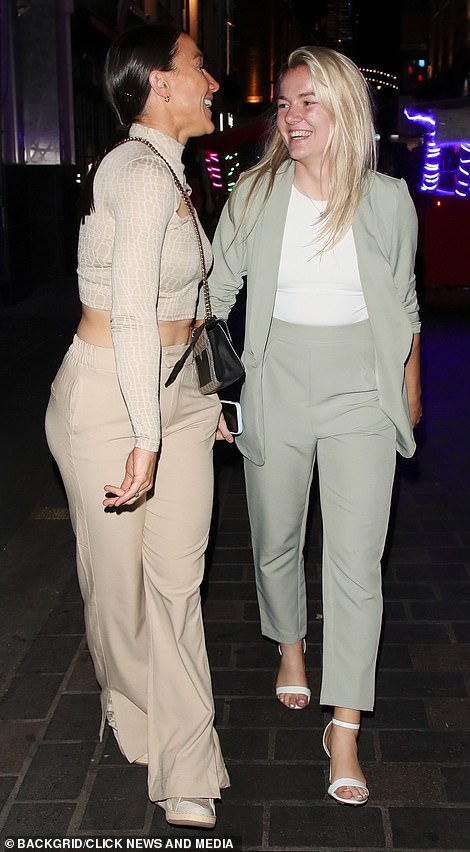 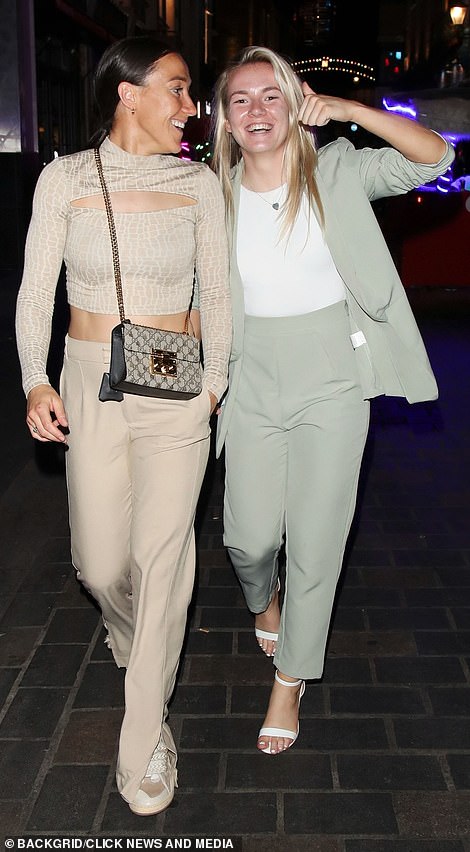 ‘On honours specifically, there is obviously a process that is a matter for the independent honours committee, but clearly the public want to see (the) Lionesses receive recognition.’

The England men’s cricket team were invited to Downing Street following their win in the Ashes in 2005, as were the men’s Rugby World Cup victors in 2003.

The women’s national rugby and cricket teams have also previously been honoured with receptions at No 10.

In addition to calling for the Lionesses to receive honours for their Euros win, Labour has urged the Government to capitalise on England’s success to ensure young girls who are now inspired to get playing can go on to become stars.

Lucy Powell, Labour’s shadow secretary of state for digital, culture, media and sport, accused the Tories of having a ‘terrible record of building on our sports stars’ success with a real and lasting legacy’. 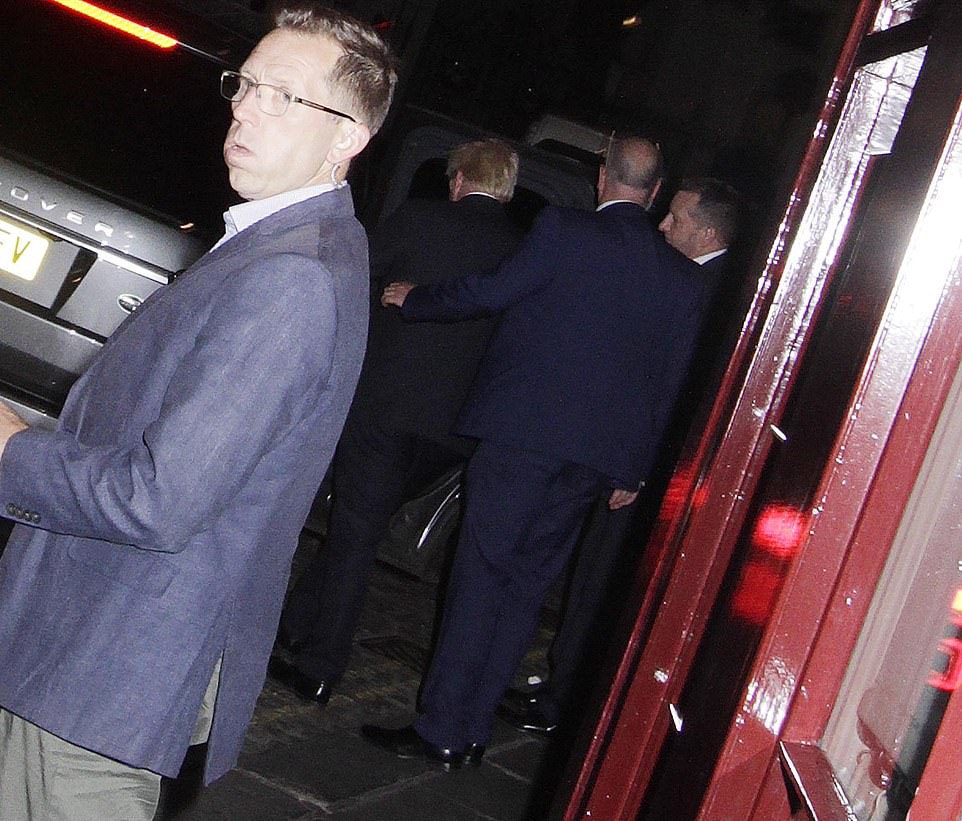 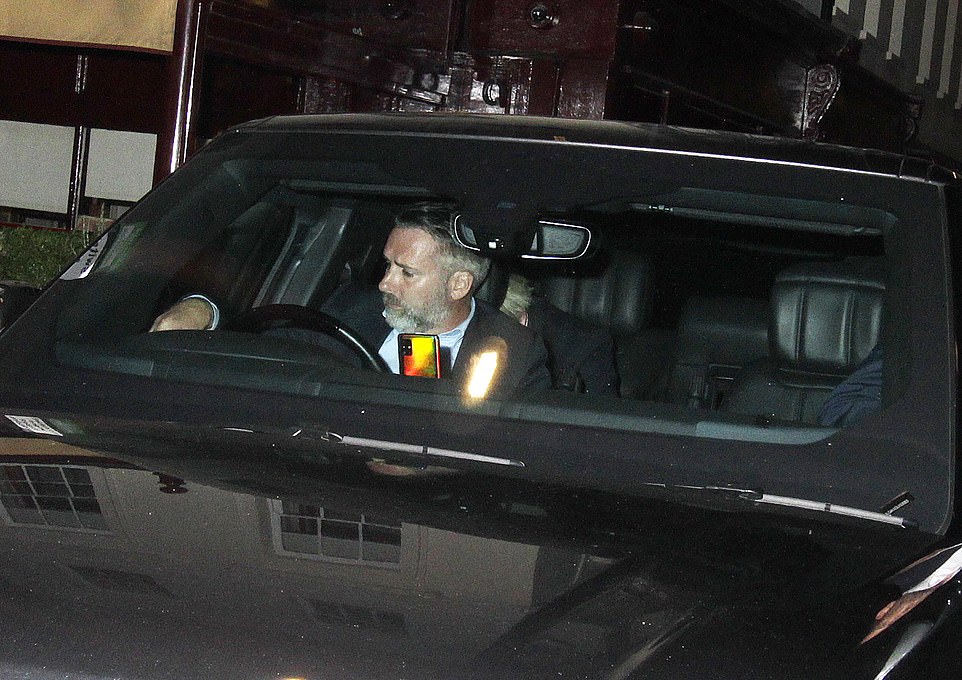 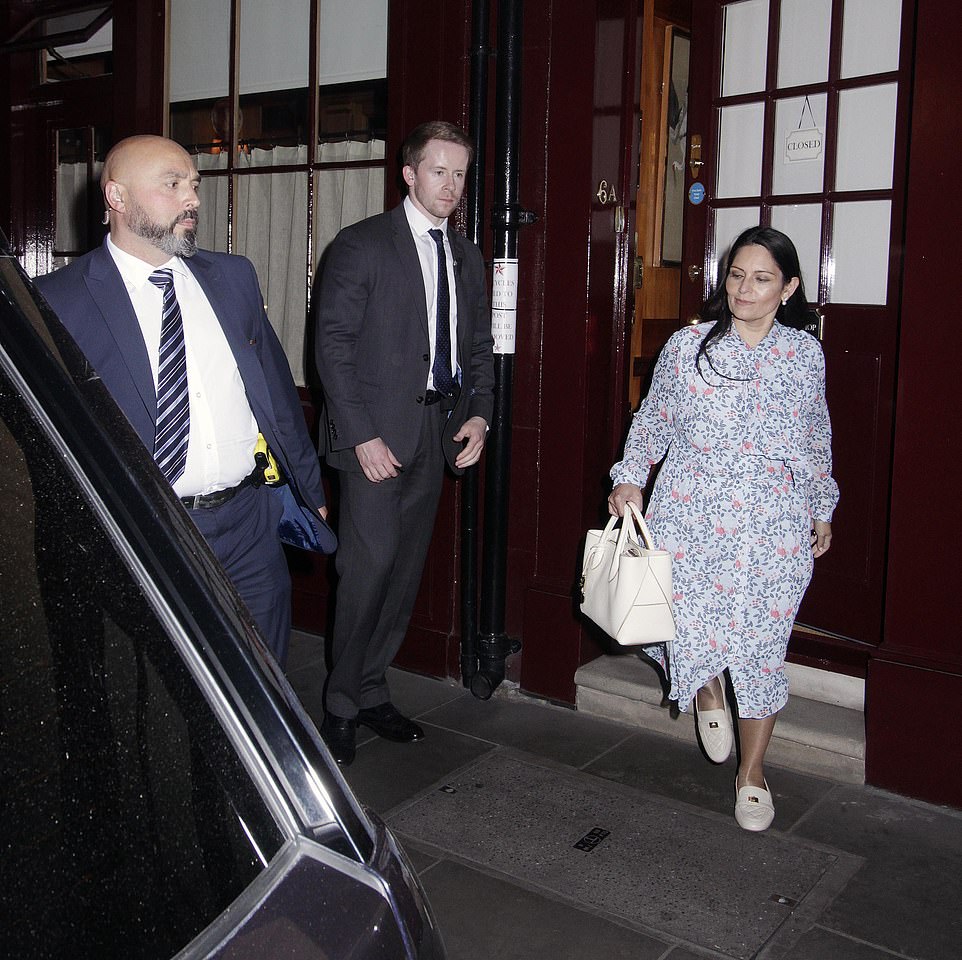 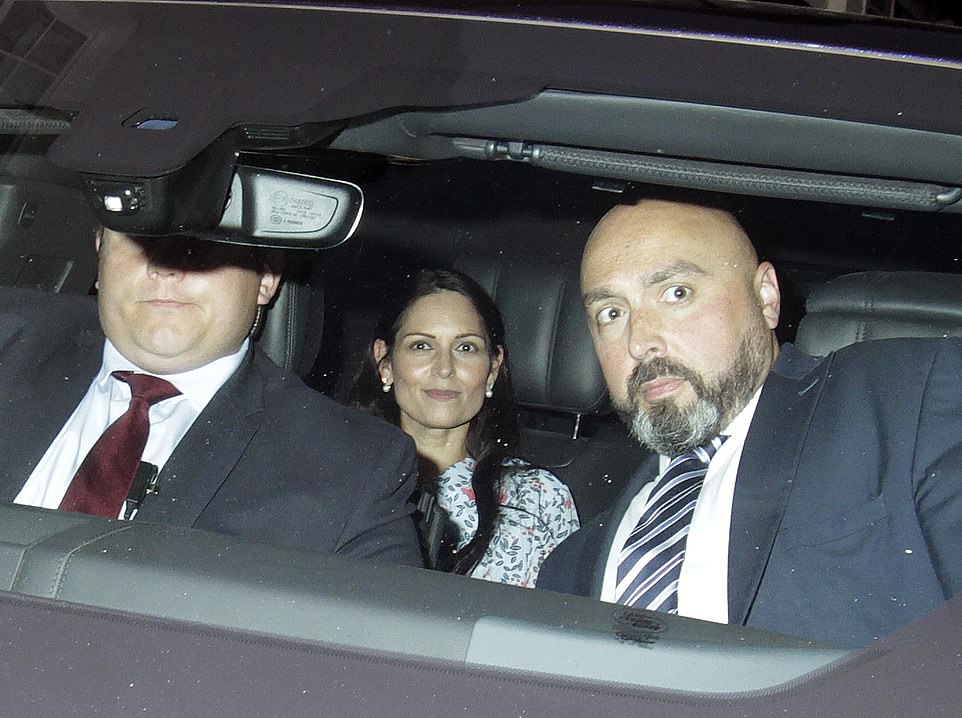 Home Secretary Priti Patel smiles as she is driven away from private member’s club Loulou’s in Mayfair at about 8.45pm

But the Department for Culture, Media and Sport hit back, saying: ‘We strongly reject these assertions.’

‘Ministers continue to promote women’s sport as a top priority and are committed to using the power of the Lionesses’ success to keep pushing to level the playing field,’ a spokesman said.

‘We stood by women’s football during the pandemic, with £2.9million in grants to the Women’s Super League and FA Women’s Championship.

‘We put £4.6million towards the staging of Euro 2022, recently confirmed that the Women’s World Cup and Women’s Euros have been added to the list of events that must be made available to free-to-air television broadcasters, and announced a review of the domestic women’s game that will launch later this summer.

‘Right now, we’re investing an extra £230million into building or upgrading up to 8,000 grassroots facilities by 2025, to ensure we continue to develop the talent of the future and build on the class of 2022’s success.’