The family of a four-year-old boy battling leukemia claim they are being evicted from a Ronald McDonald House in Vancouver because they are refusing to get vaccinated against COVID-19 – but the charity says it will be offering alternative accommodations.

Ronald McDonald House’s British Columbia and Yukon Branch (RMHBC), which provides temporary housing for families of children undergoing treatment for serious medial conditions, on Monday sent out a letter to all its residents, notifying them that a vaccine mandate was going into effect on January 17, followed by a two-week grace period.

Under the new policy, everyone five years and older must get at least the first dose of the COVID-19 vaccine. Those who fail to comply will be required to leave the facility on January 31.

‘RMHBC recognizes and acts upon its responsibility to maintain a safe and healthy environment including taking every precaution reasonable in the circumstances to protect the health and safety of individuals attending at an RMHBC Facility, particularly given the vulnerable populations serviced by RMHBC and the significant risk of transmission of communicable disease in our congregate living settings,’ the letter read in part. 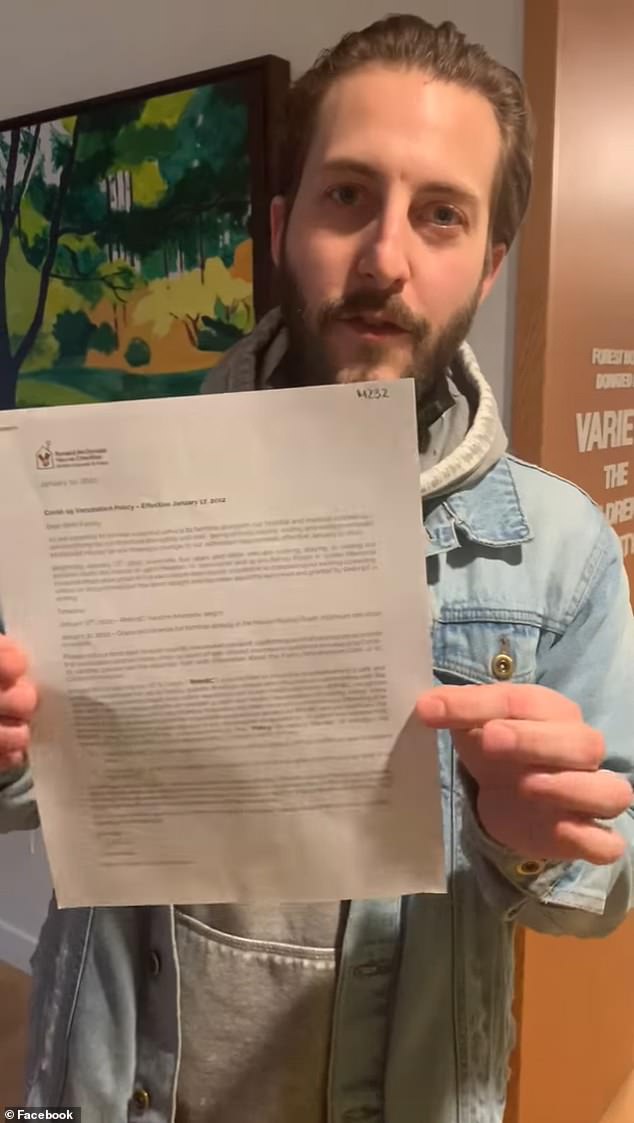 Austin Furgason, a father from British Columbia, Canada, this week received a letter from the Ronald McDonald House’s BC and Yukon Branch, where his family have been staying during his son’s cancer treatment, announcing the impending eviction of unvaccinated residents 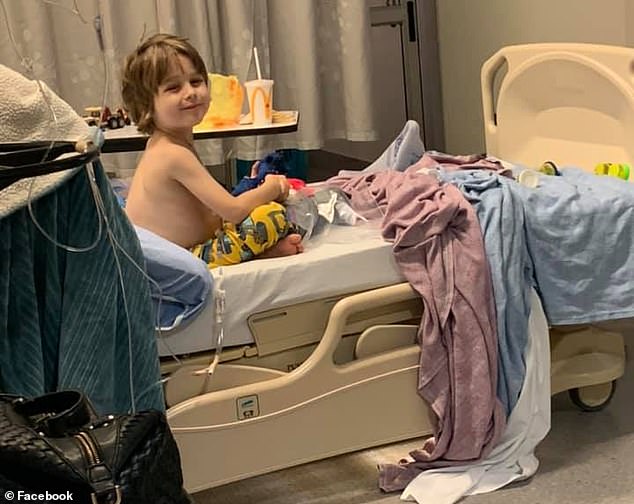 Austin Furgason, a father-of-two from Kelowna, British Columbia, shared a video on social media on Tuesday, which shows him confronting an administrator at the Ronald McDonald House in Vancouver, where his family has been staying while his four-year-old son, Jack, is undergoing treatment for Acute Lymphoblastic Leukemia.

In the recording, Furgason shows the letter announcing the vaccine mandate, then asks to speak to an administrator.

‘I just want to get this straight: by the end of the month, my four-year-old boy with leukemia is getting evicted because we don’t have a vaccine? ‘ he asks.

The administrator replies that the eviction would not apply to his son, who is under five, but rather to his parents if they are unvaccinated.

‘This is some kind of crazy evil like I’ve never seen in my life,’ Furgason says.

He then launches into an argument that even those people who have been vaccinated can still contract and transmit COVID. He also accuses the charity of forcing people to choose between their children and getting vaccinated against their beliefs. 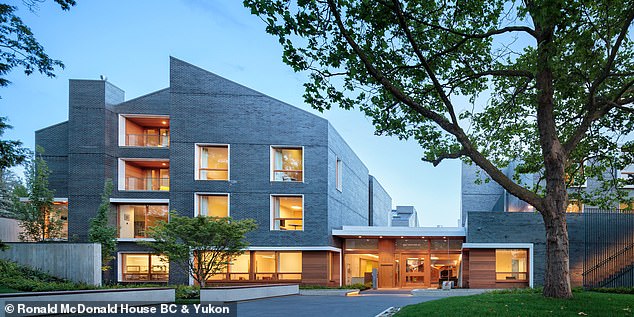 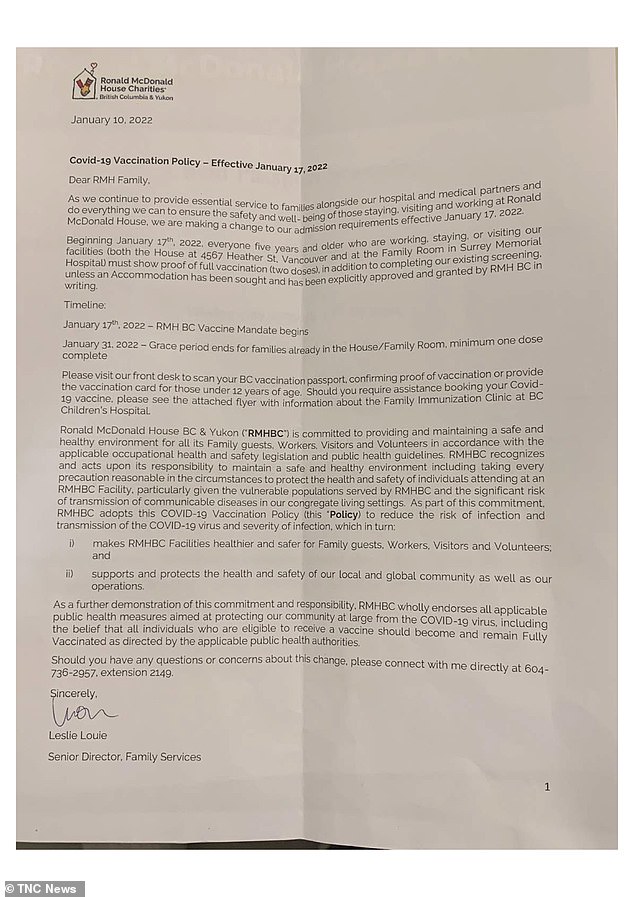 Under the new policy, everyone five years and older must get at least the first dose of the COVID-19 vaccine 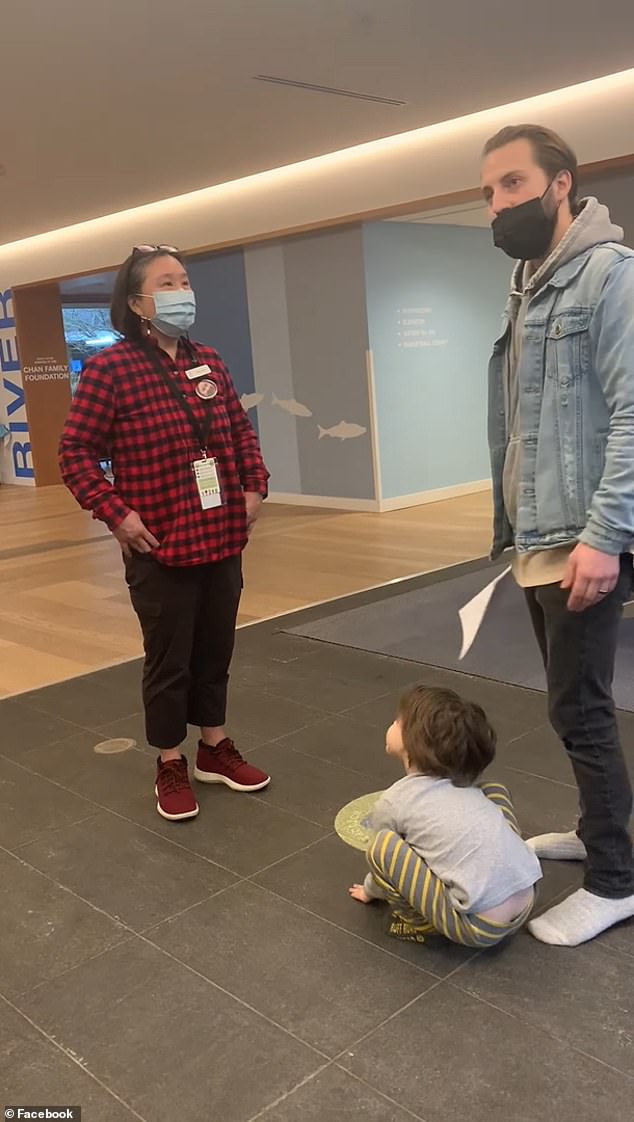 Furgason points out that his son, who is seen playing on the floor next to him, has his other shots, adding: ‘we’re not anti-vaxxers.’

The RMHBC official presses Furgason on whether his family are vaccinated against COVID, to which he says: ‘no.’

The US Centers for Disease Control and Prevention’s website states that ‘COVID-19 vaccines are effective at preventing infection, serious illness, and death. Most people who get COVID-19 are unvaccinated.

‘However, since vaccines are not 100% effective at preventing infection, some people who are fully vaccinated will still get COVID-19.’ 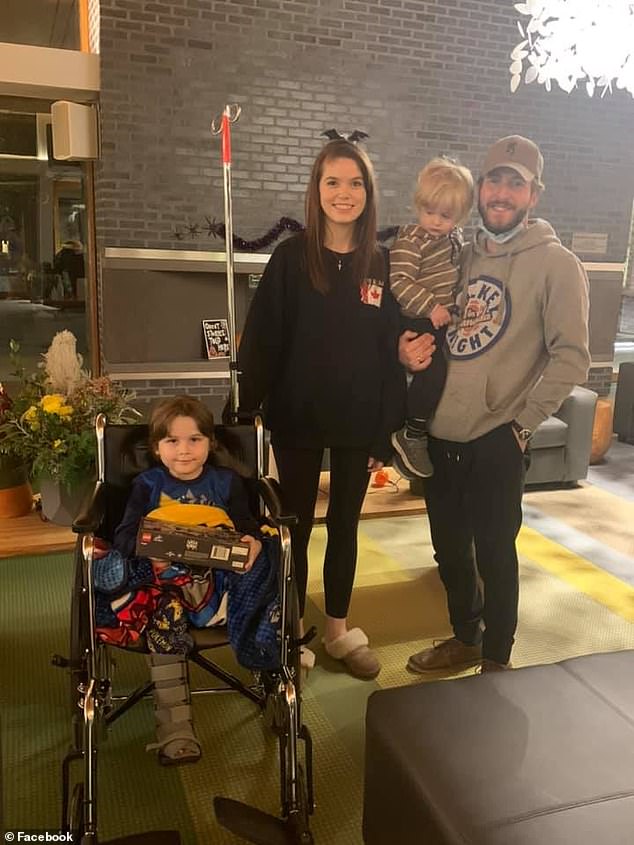 Furgason  and his family are not vaccinated against COVID, and the dad says he believes it’s unnecessary 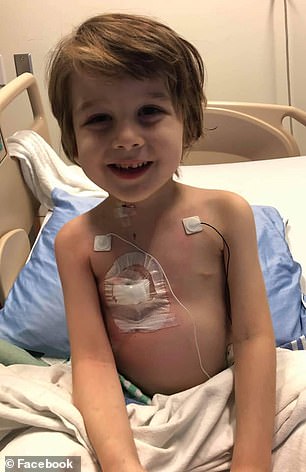 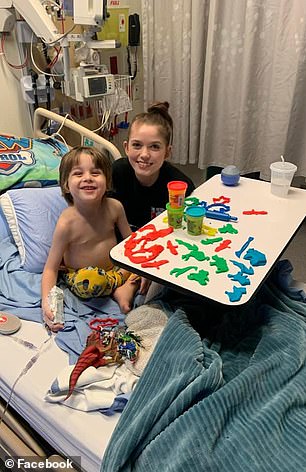 Jack is not required to be vaccinated because he is under the age of 5. All unvaccinated residents of RMHBC will be offered alternative accommodations

The video of Furgason’s confrontation with the RMHBC manager has gone viral on Twitter, having been viewed more than 721,000 times as of Wednesday, and has prompted a response from the charity, which runs more than 685 programs benefiting sick children and their families in 62 countries around the world.

RMHBC told CityNews that its family services team and social workers will work to find alternative accommodations, such as hotels, for unvaccinated patients and their loved ones.

As of Tuesday, the British Columbia Centre for Disease Control has reported a total of over 286,000 COVID-19 cases in the province, with 2,239 new cases.

Two in three Republicans in the South support SECEDING from the US, survey finds