Sixth-generation farmer Oscar Pearse is gearing up for what he expects to be the best crop his family farm has seen in 90 years.

The mixed-crop farmer from Moree in northeast NSW, began managing the 2800-hectare property 11 years ago.

Since then he’s helped regenerate some of the land which has meant reducing the cropping footprint. 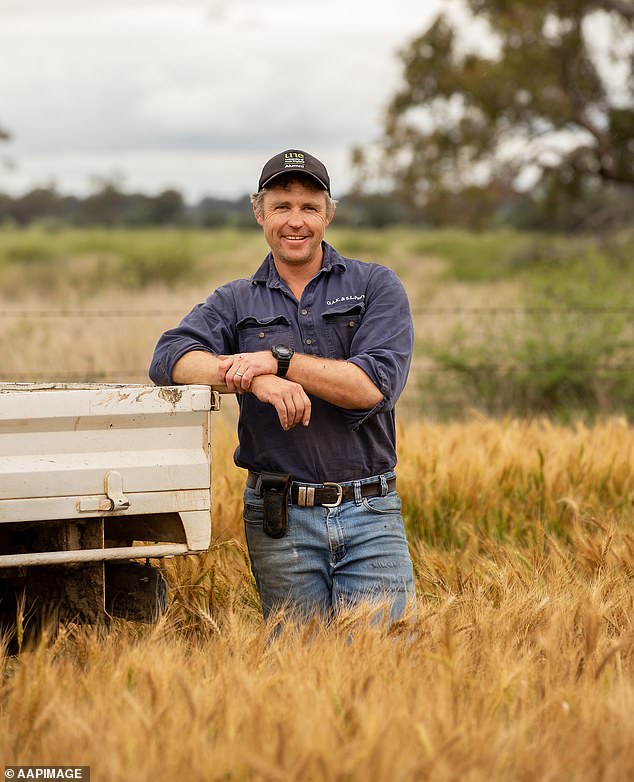 While his parents planted trees for environmental reasons 30 years ago, he’s regenerating the land for economic reasons, he says.

‘Building soil carbon helps with soil health, and it makes for a more productive, drought-resilient farm,’ he told AAP.

But the 41-year-old says he hasn’t planted more trees because of economics, in that he doesn’t get paid for it.

‘There is carbon being sequestered as we speak in front of me and I’m not receiving any compensation for it, and I’m quite frankly sick of it… people of my parents generation are worried about just getting ripped off again,’ Mr Pearse says.

He is part of a growing chorus of farmers who want a ‘fair go’ in return for supporting an economy-wide aspiration of net zero emissions by 2050.

He says his support for the Nationals like many farmers and people in agricultural businesses will be dependent on these decisions. 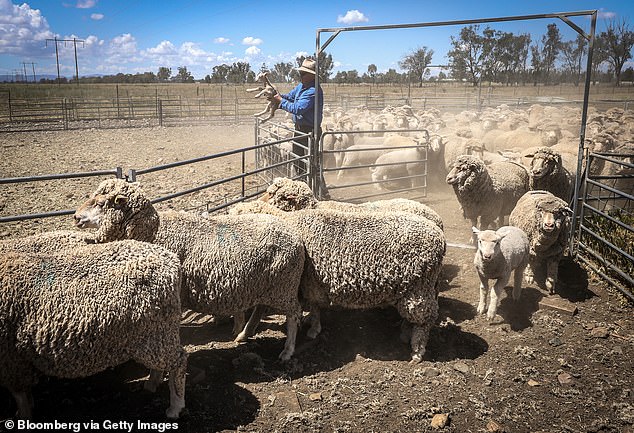 A growing chorus of farmers want a ‘fair go’ in return for supporting an economy-wide aspiration of net zero emissions by 2050 (pictured: A sheep farmer near Gunnedah, NSW)

Federation president Fiona Simson was due to address the Nationals party room regarding climate change targets for primary producers on Monday, but that meeting was delayed.

Ms Simson says farmers need recognition for the losses they suffered during the Kyoto climate change negotiations and in the 1990s when their property rights were removed without compensation. 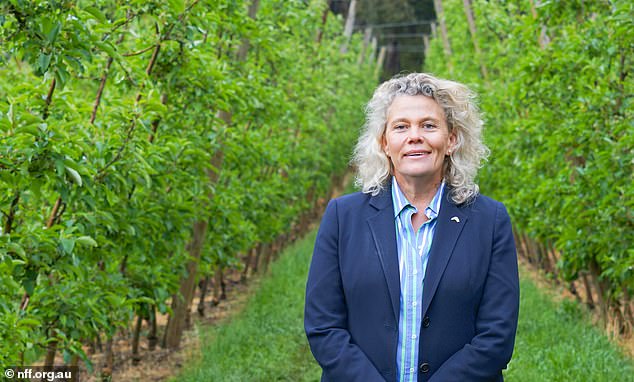 The federation says more than 400 million tonnes of excess carbon sequestration was delivered through this process.

Although Ms Simson concedes any financial compensation is unlikely because of the complicated arrangements between the states and the Australian Government.

‘If we don’t get all of the things we’re asking for we’ll have to address that when the time comes,’ Ms Simson told AAP.

Mr Pearse says without farmers getting recognition for growing carbon-neutral products it will be difficult to convince producers to help to reduce emissions in the future.

‘Going forward, in meeting the Paris commitments, significantly more offsets are going to be required and agriculture is one of the few places that you’re going to get those offsets.

‘We see that the Australian Commonwealth has been getting free emissions credits and offsets from agricultural land and haven’t been paying in most cases anything to farmers so we want that ledger squared.’

Nationals leader Barnaby Joyce said on Monday regional Australia had been ‘done over’ on emissions targets before and farmers should be compensated over Kyoto.

The Nationals are in talks with the coalition over its stance on emissions reductions.

Nationals Deputy Leader David Littleproud said farmers had a right to be angry, but on Monday laid the blame back on the states.

‘The federal government did compensate for those land clearing regulations. They were paid to state governments. So it’s actually the state governments that need to kick the tin to Australian farmers for that property right was taken away.’

‘Australia needs to do more in terms of its part with global emissions reduction, signing onto a net carbon neutral 2050 is almost the minimum that is required of the Australian government,’ he said. 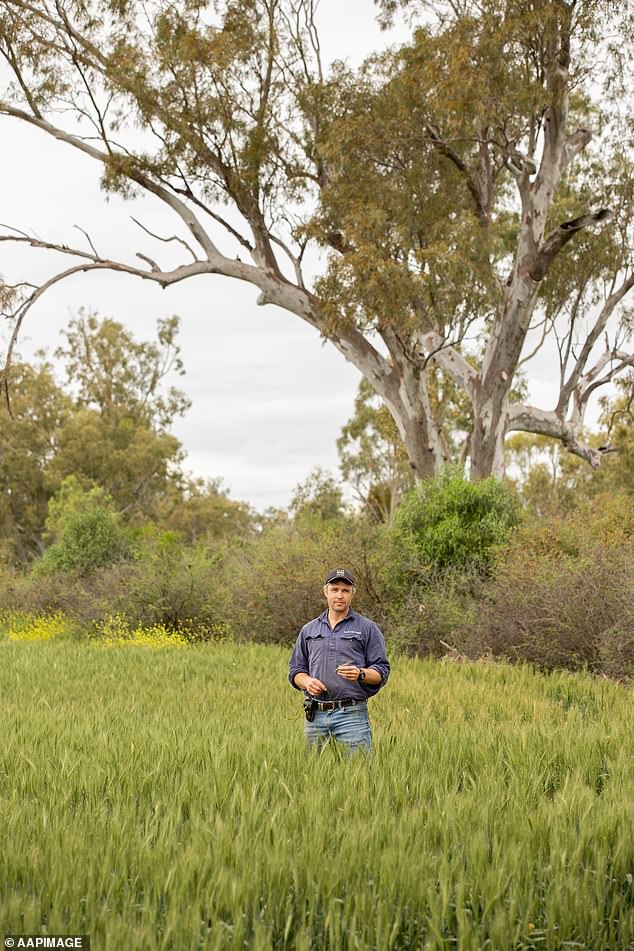 Mr Pearse said while he wants action on climate change, it’s unreasonable to ask those who feel like they’ve been ripped off for the last 25 years to suddenly increase what they’re doing

And while he wants action on climate change, moving forward for farmer requires action on the past.

‘To ask someone who feels like they’ve been ripped off for the last 25 years to now suddenly increase what they’re doing is not reasonable, other sectors can not expect agriculture to provide these offsets to help Australia meet the future emissions targets,’ the farmer says.

‘If the Commonwealth decides to embrace the science and face up to the reality of climate change then they’ll need agriculture, but right now farmers on the ground feel like we’ve been ripped off for the last couple of decades and it’s got to be fixed up before we move forward.’

‘The management of our farmland is one of the few ways that emissions can be offset in an economically viable way, that can be through farmers planting trees, through farmers improving their soil carbon.’

‘Realistically the wider Australian economy need farmers to be engaged and to be participating in that market … and if we don’t get any recognition they can’t expect us to participate in the future, it’s that simple.’

Covid Australia: Telstra to allow its 25,000 staff to work from home after Covid-19

Five Kent cops rushed to hospital after 3.20am smash with taxi driver