A father-of-two who stabbed his ex to death before killing himself had been left ‘destroyed’ by their break-up, an inquest has heard.

Daniel Patten, 31, killed Regan Tierney, 27, at the home they had previously shared in Walkden, Manchester in June 2019.

He then phoned her grandfather and confessed to what he’d done – before telling him to come and pick up their children.

Patten then called the police and told them he would hang himself. Officers later found him critically injured and he died in hospital a few days later.

An inquest at Bolton Coroner’s Court heard Patten had been left ‘heartbroken’ and ‘destroyed’ after Miss Tierney ended their decade-long relationship.

A previous report concluded there were ‘missed opportunities’ to protect Miss Tierney with Greater Manchester Police (GMP) doing nothing for three days after she phoned the force to tell them she believed she was in danger. 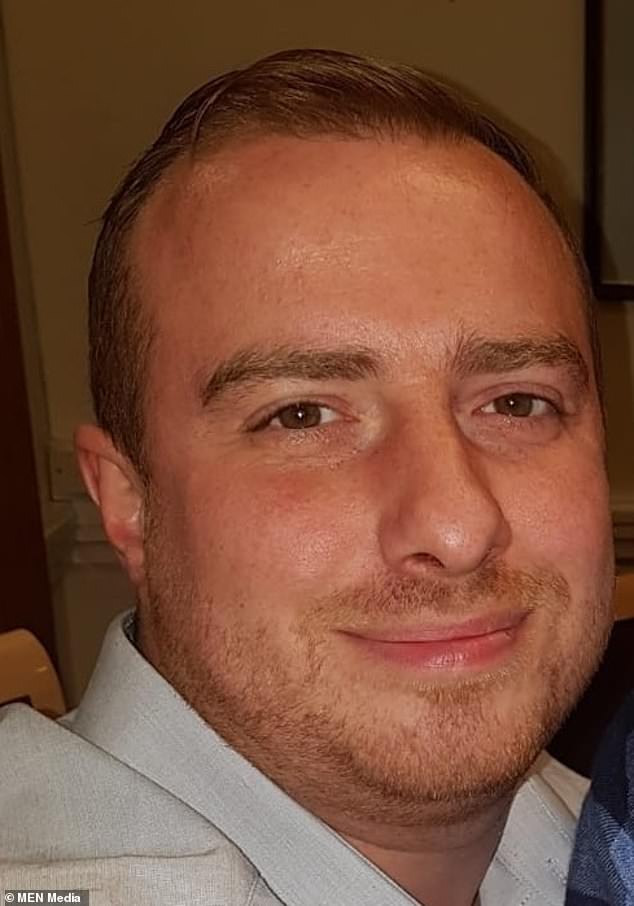 Daniel Patten, 31, killed Regan Tierney, 27, at the home they had previously shared in Walkden, Manchester

By the time the police reached out again, Miss Tierney ‘lost confidence’ and decided not to take the matter further.

A Domestic Homicide Review was previously commissioned by Salford Community Safety Partnership, following concerns about Regan’s contact with GMP and other agencies prior to her death.

During their 10-year relationship, Miss Tierney was subject to coercive and controlling behaviour, intimidation, verbal abuse, physical violence and threats, at the hands of Patten.

Now, an inquest heard that in the days leading up to the murder-suicide, Patten had discovered Regan had formed a new relationship with another man.

In the early hours of June 5, 2019, despite telling his father he was getting an early night, Patten drove his Vauxhall Astra to Regan’s home.

The court heard he let himself into the property through the garage – for which he still had a key – and stabbed his former partner to death.

After making the call to Miss Tierney’s grandad, her father David rushed to the house where he found his daughter fatally injured in her bedroom. It was only when police arrived at the property a short time later that Patten was discovered having hanged himself in the garage.

He was taken to Salford Royal Hospital and treated on a Critical Dependency Unit but died as a result of a catastrophic brain injury two days later on June 7.

Daniel’s father, Neil Patten, told the inquest he and his family are still struggling to come to terms with what he did. They said Daniel had never threatened to harm himself and usually ‘wouldn’t hurt a fly.’

Discussing his mood before the killing, his family said Daniel’s attitude to life had started to improve and he was making plans for the future such as moving into a new flat, and applying for a promotion at work.

Mr Patten described his son as an ‘amazing’ father, who was always very hands on with his and Regan’s two children. But when Miss Tierney ended their relationship and asked him to move out, Daniel was ‘absolutely heartbroken,’ Mr Patten told the court.

‘He rented a storage unit and put his belongings in there. He was concerned about the separation and not being able to see his children. He said he had realised the split was definite and he knew she was seeing someone else. He was destroyed. He was absolutely heartbroken,’ Mr Patten said. 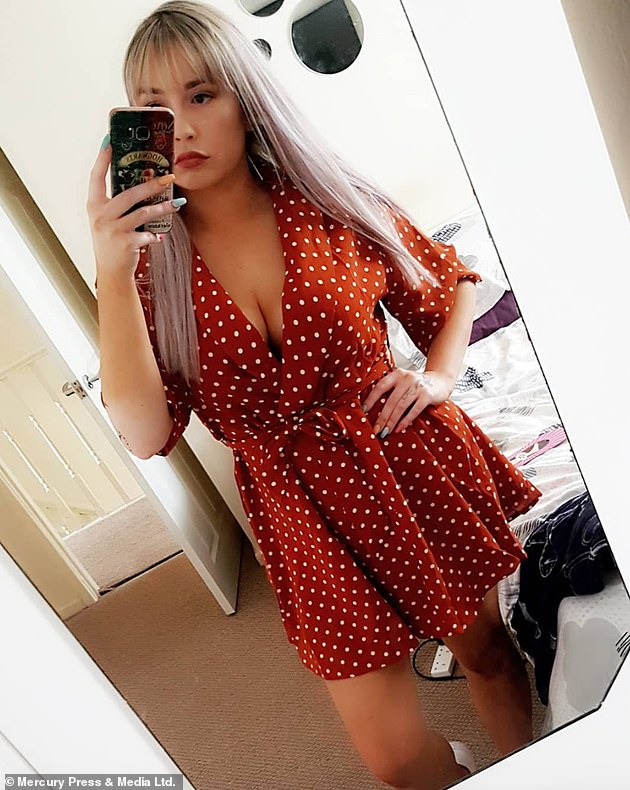 During their 10-year relationship, Miss Tierney was subject to coercive and controlling behaviour

The inquest heard that Daniel, who had a history of depression and anxiety, was still getting access to his children and his family said he seemed to be ‘looking forward.’

He had set up a family group chat and was planning to find his own flat to move into. His sister Melissa said her brother had started to ‘perk up.’

But in the days leading up to his death, it’s thought Daniel saw a number of posts on Facebook relating to Miss Tierney’s new partner. The inquest heard Patten was aware of a photo on the social media site confirming Regan’s new relationship.

His friend, Marc Phillips told the court that on May 3 when he sent a message asking if Daniel was coming to the gym he received a reply saying: ‘No mate, head’s gone.’ A few days earlier Mr Phillips had also received a message from Patten saying his children would be ‘better off’ without him and Regan.

Mr Phillips told the court he just viewed this as a ‘passing comment’.

On the evening of June 4, Patten had arrived home at his father’s flat where he had been staying, and reportedly drunk two beers before heading to bed. ‘He said he was going to get an early night and go to work early in the morning as he had an appraisal with his boss,’ Mr Patten said.

‘He went to bed and I fell asleep on the sofa. I went to bed at 2am and assumed Daniel was in bed. At 6am the following morning my dad came round and said Daniel had been involved in an accident and we went to Salford Royal Hospital. I am still at a complete loss as to why this happened.’

Investigating Officer for GMP, Duncan Thorpe confirmed to the court that police are not looking for anyone else in relation to Miss Tierney’s death. Mr Thorpe said officers had found a knife inside Daniel’s track-suit pocket with Regan’s blood on it.

Toxicology results showed Patten had a small level of alcohol in his blood and had most likely smoked cannabis in the day’s before his death.

Recording a conclusion of suicide, Coroner Dr Alan Walsh, said he believed Mr Patten had ‘snapped’ and that his actions on the night of his death were ‘completely out of character.’

‘He had a turbulent relationship but he was a devoted father and all he ever wanted was a happy family with Regan and their two children. They had their problems but they got back together many times,’ Mr Walsh said. ‘The break-up a short time before their deaths was catastrophic because he acknowledged this was the final split. He was supported by his friends and family.

‘It would appear he still had contact with his children and was looking for a flat and was working hard. He was trying to find a new life but it was likely he was dwelling on what he had seen on Facebook and what he had heard.. It is clear he was aware of her new relationship. 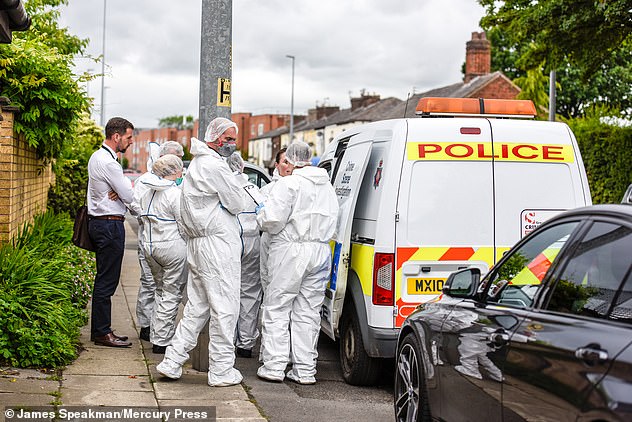 ‘He gained access into the home and I am satisfied that Regan sustained injuries. Daniel then closed the garage door and made a phone call. He rang her grandfather to say ‘you need to come and collect the children I have killed Regan’ but didn’t say what he was going to do to himself. I am satisfied that he intended to take his own life.’

An inquest into the death of Miss Tierney is due to take place later this year.

On May 25, 2019 both Miss Tierney and her father Dave Tierney phoned the police to report Patten’s abusive behaviour.

The pair were no longer in a relationship then but were in contact to arrange visitation with their children.

Miss Tierney told police that Patten had threatened to ‘put her head on a stick’ and that she believed he was a danger to her but not to their children.

Mr Tierney called the force that same evening to report the matter but the call handler ‘refused’ to take details from him.

Mr Tierney called back a short time later, but the call handler noted that he was ‘rude’ and may have been intoxicated, and refused to discuss the matter with him.

Miss Tierney’s report wasn’t ‘serviced’ until May 28, at which point she didn’t want to make a statement.

The report found that GMP officers hadn’t followed up the incident with Patten at the time of her murder a few days later, noting that the actions of the call handler ‘did not comply with GMPs Third Party Reporting Policy and represent a missed opportunity to offer safeguarding advice and add further information to the incident log’.

Had police attendance not been delayed, Miss Tierney’s situation may have changed in the way she reported her concerns, a panel concluded.

There were also missed opportunities to protect the young mother by Bolton NHS Foundation Trust A&E after she presented with a broken nose in October 2012, the review found.

Miss Tierney told hospital staff that it was Patten who had caused the injury, but there was no consideration by staff at the trust to refer her to specialist domestic abuse services.

For confidential support, call the Samaritans on 116123 or visit a local Samaritans branch. See www.samaritans.org for details

Berkshire stable girl sues top training yard for £200,000 after being kicked in head by racehorse