The FBI is cracking down on brazen bands of ‘crime tourists’ from South America who have netted more than $2 million in a shocking string of coordinated burglaries near Washington DC, targeting high-end homes of Asian and Middle Eastern families.

The sprawling investigation, feds say, started after a string of break-ins in homes in Virginia’ affluent Fairfax County, near the nation’s capital, where bail for nonviolent property offenses is often so low that even if apprehended by police, an arrested burglar could quickly make bond and skip town for the next job.

According to Washington-area detectives, Asian and Middle Eastern homeowners in the area’s Great Falls and Vienna neighborhoods were targeted because the thieves are convinced their businesses are cash-oriented and they keep large amounts of gold and jewelry in their homes. 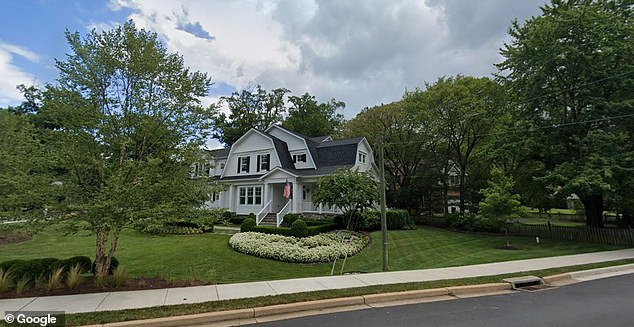 Dan Heath, a supervisory special agent with the FBI’s criminal investigations division, said ‘South American theft groups,’ are a growing plague throughout the United States – and in countries including India, Britain and Australia, where they often employ similar tactics.

‘They represent an enormous threat right now in our country,’ Heath said. ‘They are tending to thread the needle in avoiding both state and federal prosecution.’

After entering the country, they reportedly carry out strings of break-ins and other crimes, bringing home up to hundreds of millions of dollars in stolen goods, the agency estimates.

The visiting criminals are emboldened by their discovery a ‘sweet spot’ in the American criminal system because their offenses don’t meet the requirements for federal investigation and are often overlooked because the country is focusing on a frightening rise in homicides.

What’s more, law-cash bail laws in the state allow the repeat offenders endless opportunities to continue to the brazen heists, even after being caught.

The FBI got its first real break in the case when two of the suspected criminals tied to the ring were discovered after their car broke down in a suburb in Atlanta, Georgia in 2019.

Upon pulling over, a sheriff’s deputy questioned the two men, who were Puerto Rican. The two told the officer that they were heading back from one of the men’s girlfriend’s houses.

However, twigs stuck in one of the men’s clothing made the officer suspicious of their story, putting the pair on the local police’s radar.

The men, who were not arrested at the time, were later caught in a break-in attempt in the area, and were handed over to federal investigators who eventually linked them to the suspected syndicate.

The break in the case soon led investigators to a number of other burglars who used underhanded tactics like using jammers to block key fobs to break into cars, or cutting security systems and letting the batteries drain on back ups before looting stores.

In Southern California, the thieves cut a hole in the roof of a jewelry shop whose security they bypassed using the aforementioned method, and used their own generator to hack open a 5,000 pound safe. The suspects made off with $1.2 million in gems, The Washington Post reported.

Feds then filed search warrants with search giant Google to obtain lists of registered mobile devices that had been active near where break-ins took place.

Through cross referencing the numbers, agents were able to identify the same phone numbers and subsequently track the culprits. In one instance in March, officials used GPS devices placed secretly on suspected vehicles to follow thieves’ movements to a motel in Alexandria.

Feds then arrested four thought to be involved with the syndicate: Mario Valencia Asprilla, Jhonny Valencia-Valencia, Diego Montano Chasoy and Freddy Hernandez Angulo. All four are Colombian and thought to be behind the Fairfax robberies, police said.

A fifth member of the group, Josue Rodriguez Rolon, was also arrested in June. It remains unclear how any of the suspects came to enter the country.

With that said, Rolon has since been freed on bond, and is now considered a fugitive, court documents reveal. Montano Chasoy, meanwhile, was deported, but the other three remain in custody.

All three are scheduled to stand trial this year in Fairfax court on multiple burglary charges and other counts.

The investigation is still ongoing, feds say, with officials already confirming a connection with the Virginia robberies to a spate of similar heists in Georgia, and suspected links to burglaries in states like Texas, North Carolina, and South Carolina.

Girl, 19, is fighting for her life after car being chased by police smashes into lamppost

Chinese interpreter, 36, denies vicious rumors that she split up Bill and Melinda Gates