The Manly forward had been preparing for a boxing bout against former NRL star Paul Gallen in Newcastle next month.

But a News Corp report says the bout has now been cancelled because Aloiai tested positive to the virus. 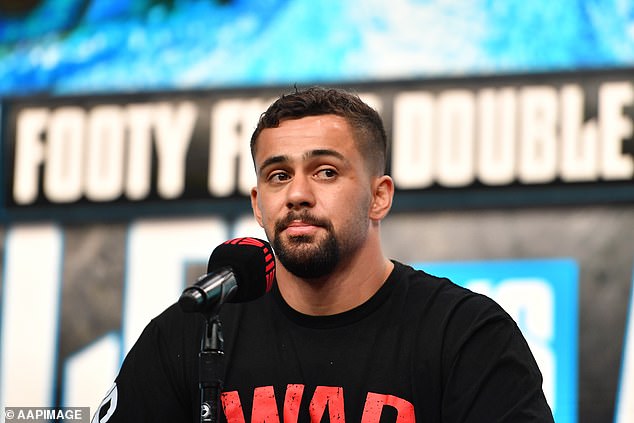 Josh Aloiai – pictured at a pre-fight promotion before his now cancelled boxing bout against Paul Gallen – is the first NRL player to test positive to Covid.

Aloiai is the first current NRL player known to have caught the virus since the start of the pandemic last year.

He had not yet begun preseason training with Manly and it’s believed the entire Sea Eagles squad has at least had their first vaccine against the virus.

Less than 15 NRL players are still to have their first shot.

And the NRL is confident that number will be no more than five players, with clubs still weighing up how to best deal with those who refuse the vaccine. 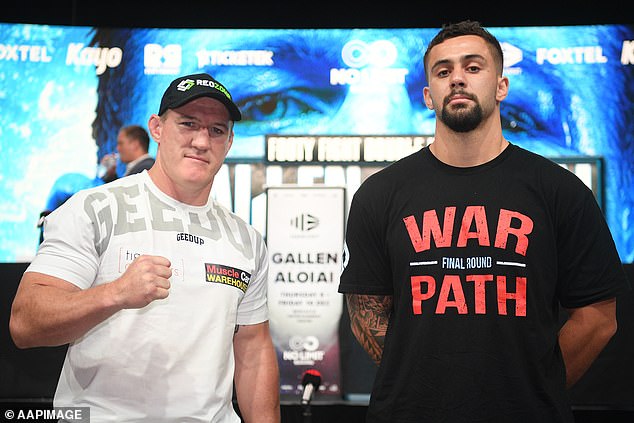 Aloiai had been due to fight former Cronulla captain and now boxer Paul Gallen next month.

The AFL has made double vaccination mandatory, already resulting in the premature retirement of Carlton defender Liam Jones.

The AFL had its first case in more than a year earlier this month after Hawthorn’s Finn Maginness tested positive. 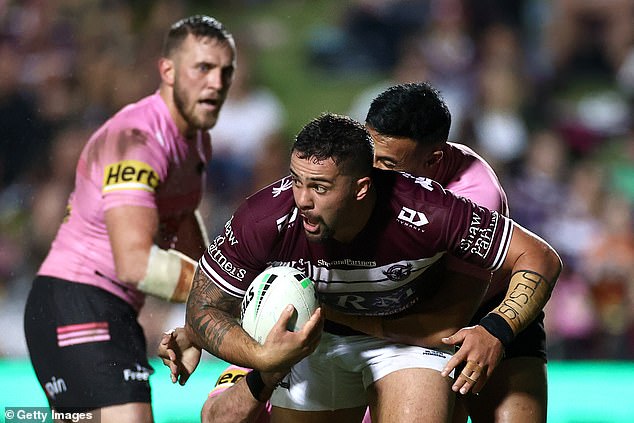 Only 15 NRL players were yet to have a single vaccine shot but the league was still considering what its policy will be toward those who refuse the jab.

A handful of AFLW players have also contracted the virus.

The Sheffield Shield match between NSW and Victoria at the SCG was also postponed for day when allrounder Will Sutherland tested positive.

Soldiers to start delivering petrol to UK forecourts from Monday

No10 warns of ‘challenging’ months ahead in battle against Covid

Mother-of-three, 27, dies of Covid after constantly ‘putting off’ jab because she was busy