A woman in Florida was arrested on Tuesday for allegedly having sex with her dog while her ex-boyfriend faces charges for filming it all on camera and storing it on a hard drive, local authorities said.

Christina Calello, 36, ‘willingly engaged in sexual activity with the dog’ several times over the course of nearly eight years, according to an arrest report shared by the Pinellas County Sheriff’s Office.

Geoffrey Springer, 39, who once dated Calello, was also arrested after he ‘recorded the sexual activity and placed it on a flash drive.’

The dog was confiscated from the ex-couple by deputies and taken to a local pet hospital for routine examination.

It’s breed has been undisclosed, although police said it suffered no visible injuries.

Calello and Springer were taken into custody and charged with sexual activity involving animals. 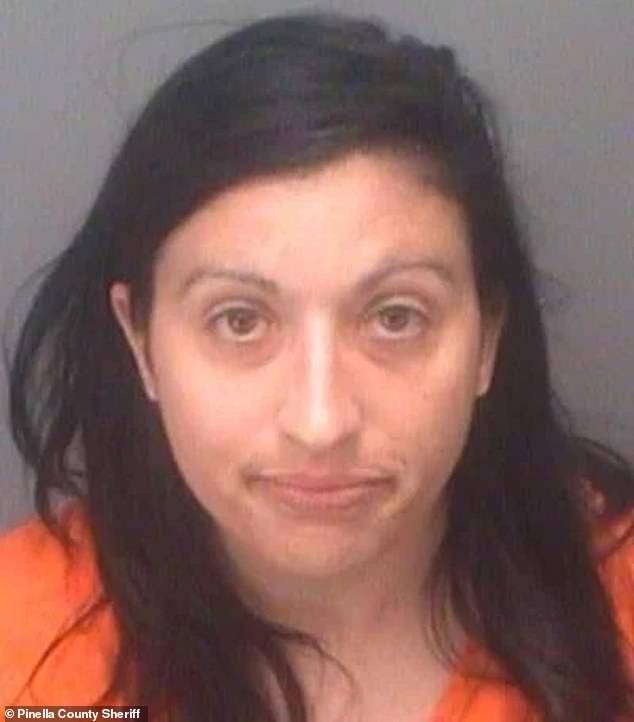 Christina Calello, 36, and living in Safety Harbor near Tampa, was arrested and charged with sexual activity with an animal on Tuesday after having sexual encounters with her dog over the course of approximately eight years. She posted a $5,000 bond to be released from Pinellas County jail 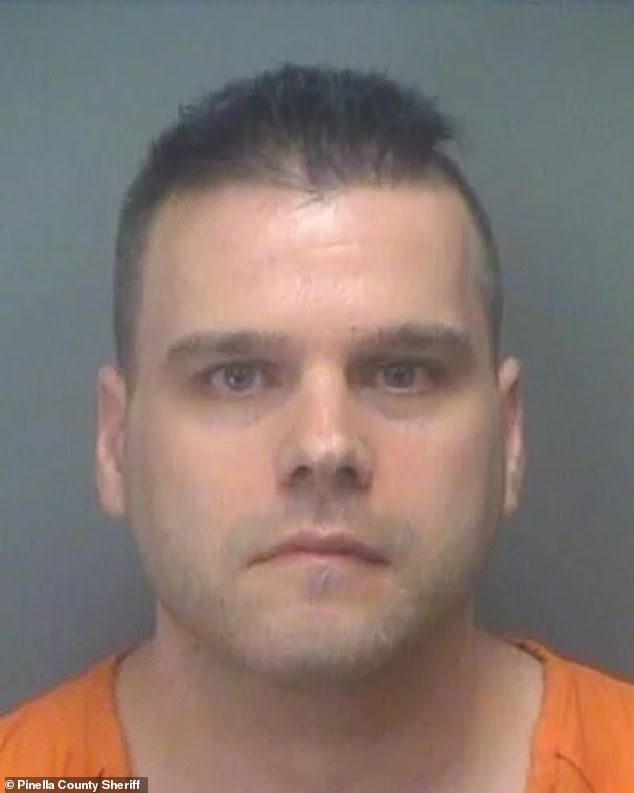 Calello’s ex-boyfriend Geoffrey Springer, 39, would film the sexual encounters before placing them on a USB flash drive. He was released from Pinellas County jail on his own recognizance

They were then booked into the Pinellas County Jail. Since then, Calello, who is a New Jersey native but lives in Safety Harbor, was released after posting a $5,000 bond, according to county jail records.

Further prison records show that Calello was arrested and charged in May with domestic battery.

Spring, who does not have any prior arrests, was released without bail and on his own recognizance. No court date for the pair has been released, as of Thursday morning.

Beastiality is considered as demeanor of the first degree in the Sunshine State and penalties include a prison sentence of up to a year. Offenders also usually pay a $1000 fine, according to law firm Muscala Law. 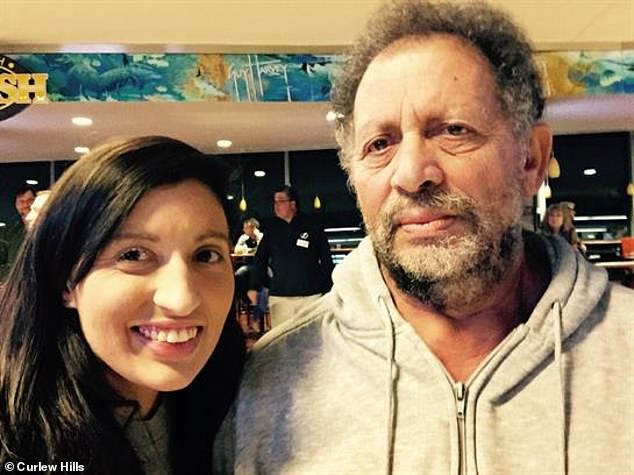 Calello, pictured with her father (right) was previously arrested and charged in May for domestic battery

DailyMail.com has contacted the Pinellas County Sherriff’s Office for comment, as the investigation continues.

Beastiality is illegal in most places throughout the U.S. except for four US states, such as Wyoming, New Mexico, Hawaii, and West Virginia, where there are no explicit laws on sexual activity with an animal.

Instead, it is considered as animal abuse.

There are no reliable statistics on people engaging in bestiality but research says ‘classic studies indicate that 5 to 8 percent of males engage in bestiality, while between 3 to 4 percent of women do,’ according to The Journal of Qualitative Criminal Justice and Criminology.