Aussies have continued their obsession with Ford Rangers selling out the luxury utes until next year despite not a single person actually taking the car for a test drive.

The two priciest models in the new-generation Ford Ranger line are sold out until 2023, after 17,000 orders were made before the utes even hit the showrooms.

Australians who got their hands on the premium pack will enjoy high-end headlights, a premium audio system and a host of extra built-in accessories.

Drivers looking to purchase the 2023 Ford Ranger Raptor will have to wait at least nine months, with the first shipments due in July, drive.com.au reported.

The wait is slightly shorter for the Ford Ranger Wildtrak turbo diesel V6 with premium pack, with Aussies hoping to receive their cars in around eight months. 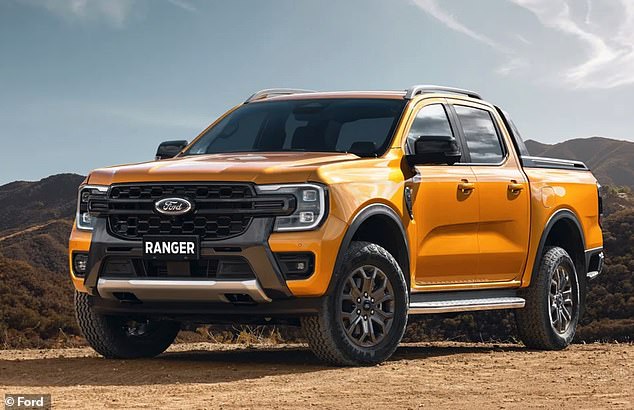 Ford Ranger’s new models have proved a hit with Aussie drivers with the luxury utes sold out until next year (pictured, the Next-Gen Ranger Raptor) 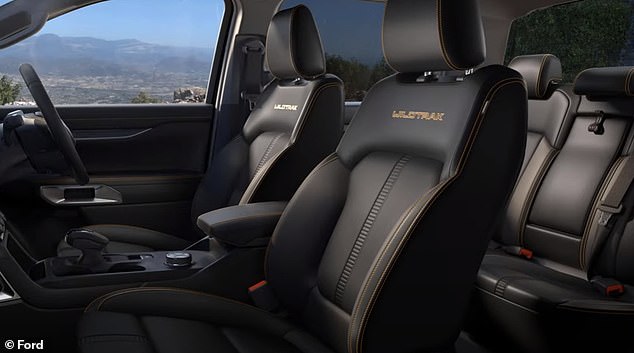 Australians who got their hands on the premium pack will enjoy high-end headlights, a premium audio system and a host of extra built-in accessories

Ford’s new Raptor model is arriving one month behind schedule after a global shortage of semi-conductors and the company’s new matrix LED headlights triggered massive delays.

Some customers sacrificed their choice of colour and options in order to get their hands on the new Ranger Raptor even faster.

The new headlights use technology that can individually mask oncoming traffic when high beams are in use.

The headlights ensure the driver isn’t blinded by oncoming traffic while maintaining a high beam of light around surrounding cars.

The Ford Ranger is the first mid-sized ute in the world to offer the new headlights, with the popular feature extended to the Wildtrak model.

The manufacturer had expected 10 to 20 per cent of buyers to choose the premium package, however the early order rate was closer to 80 per cent.

The feature is standard on the 2023 Ranger Raptor with spare headlights diverted to satisfy the demand for the Wildtrak model. 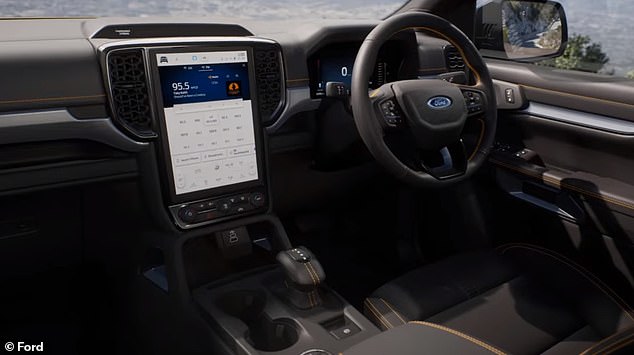 The two priciest models in the next generation Ford Ranger line were sold out until 2023, after 17,000 orders were made before the utes even hit the showrooms

Production of the high-tech headlights was delayed due to recent lockdowns impacting major suppliers in China.

Ford Australia confirmed 17,000 orders had been made across all Ranger models with customers advised of the delays through a statement on social media.

‘We’re working with our team to do everything possible to get as many Rangers, Ranger Raptors, and Everests as we can to customers as soon as we can,’ it said.

‘We want to be as transparent as possible and are currently predicting extended wait times for three variants in particular.’