Two teenage boys are fighting for life and another two were rushed to hospital after their allegedly stolen car flipped on a country road.

The four boys who were in the car as it travelled near Oakey, west of Brisbane, are all aged between 13 and 14.

About 8.35am on Monday emergency crews were called to Henningsen Road near the Warrago Highway after reports of a single vehicle crash.

A 13-year-old boy and 14-year-old boy have both been airlifted to a Brisbane hospital in critical conditions. 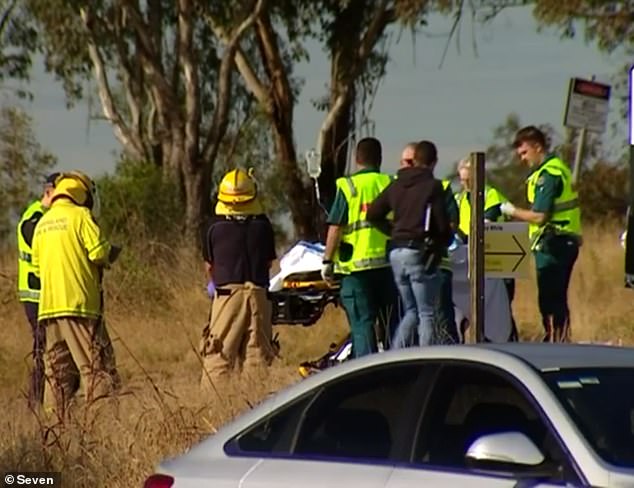 The four teenagers in the car were rushed to hospital after the crash near Oakey in Queensland on Monday (pictured: emergency crews at the scene)

Two 14-year-old boys were transported to Toowoomba Base Hospital.

Police said their investigations indicate the vehicle involved had been reported as stolen.

Investigations into the circumstances surrounding the crash remain ongoing.

Police have asked anyone with information, dashcam footage, or who may have witnessed the incident to contact them. 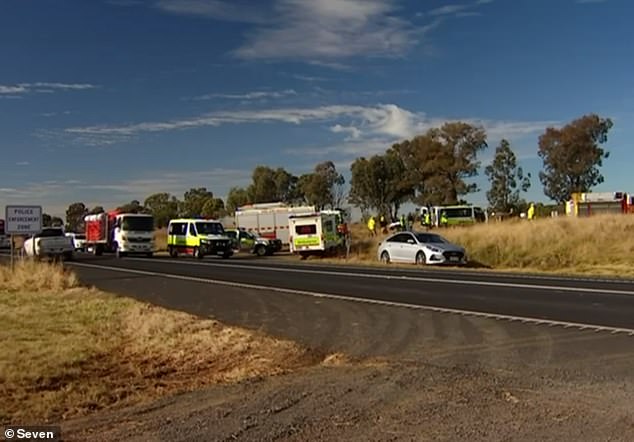 Police said their investigations indicate that the car was reported as stolen (pictured: emergency crews at the scene)

Thousands of homes are to be built on flood-prone sites, 200 planning permissions for at-risk homes