Outraged residents in South Wales were forced to watch the ‘shocking destruction’ of a bluebell wood torn up by diggers to make way for a caravan site.

An investigation by the council found that the landowner, believed to be Karl O’Dare, employed a contractor to make room for five touring caravans without having submitted planning permission.

But passersby raised the alarm after they had to stand and watch workmen tear apart their ‘much loved’ Bluebell Woods near Llanbradach, Caerphilly, in South Wales.

Councillor Beci Newton, of Plaid Cymru, told MailOnline the damage is not only environmental but emotional too.

‘For generations – five in my case – families have visited year on year for quiet walks and family picnics. Many taking photographs with this spectacular and unmatched view,’ she said.

‘Some finding this spot so special that the ashes of deceased family members have been scattered there.

‘There was even a street named Bluebell View five years ago, it’s very clear how people feel about it.’

Environment chiefs are now investigating after a beautiful field of bluebells was ploughed through to make way for the caravans. 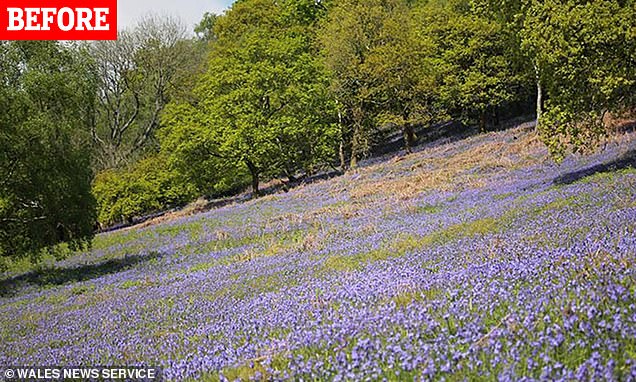 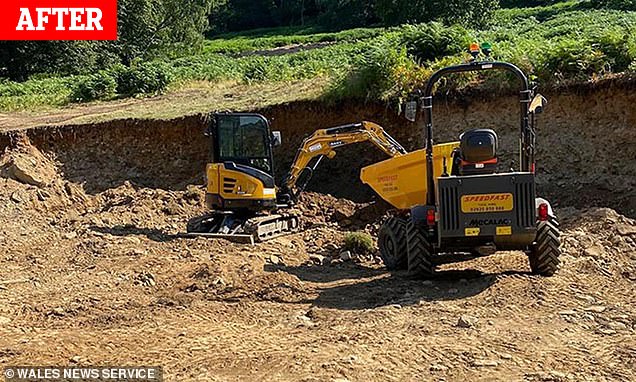 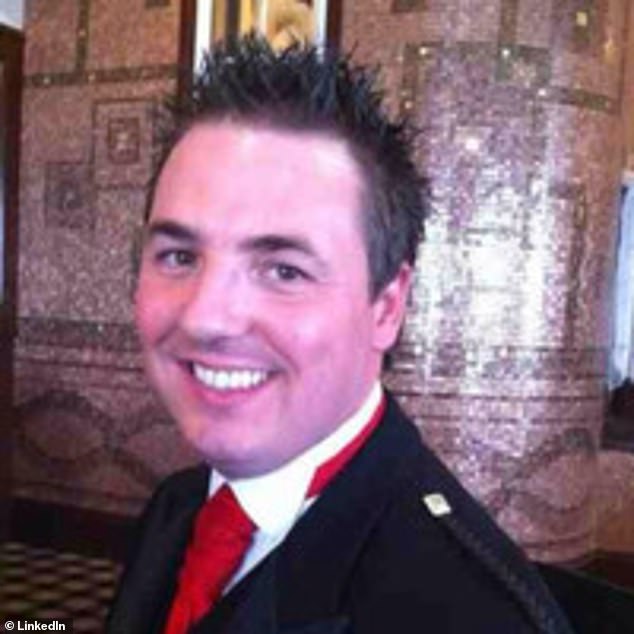 After the destruction was made aware, work has now been halted at the Bluebell Wood site, according to Caerphilly Council leader Sean Morgan.

‘Following discussions with the contractor it appears that he had been employed by the landowner to level an area of land to accommodate five touring caravans as a Caravan Club Licensed Site,’ he said.

Cllr Morgan also revealed that the landowner is now due to put in a back-dated planning application.

He said the council would consider slapping down an enforcement notice to reinstate the land – and that environment agency officials have been informed.

‘I also understand that Natural Resources Wales have been notified regarding potential damage to flora and fauna protected under the Wildlife and Countryside Act,’ Cllr Morgan added.

Cllr Newton also told MailOnline that the contractor has said that once he has permission, he will pursue with the project. She has fears over the destruction of the fields as even though the land might be protected, the owner can do what they want with it.

But she insisted they will not give up. ‘It’s really upsetting what’s happened. We’ve lost something that can’t be replaced but we are fighting to save whats left,’ she said.

In a letter to Wales’ environment agency Natural Resources Wales, Cllr Colin Mann said: ‘The area is one where traditionally a very large number of native bluebells have grown and these are very much appreciated by residents in the vicinity.

‘I believe that these plants are a protected species.

‘Could you investigate this issue as a matter of urgency with a view to preventing any further destruction of this valuable flora?

‘This area is much loved by many in the village and it is really sad to see the shocking destruction.’

Shooting in Bogie, Queensland: Three dead and one in critical condition with gunman on the lose

Husband ‘vows to wait’ for teacher, 35, after she was jailed for sleeping with 15-year-old pupil