Garage parking space near Harrods hits the market for £85,000 – but at just 6.6ft wide and sandwiched between two walls you might have to climb out of the SUNROOF to get out

A parking space in one the capital’s most upmarket areas has gone on the market for a whopping £85,000 – but its barely wide enough for a car to fit in.

The covered, garage spot is just a stones throw from Harrods in Knightsbridge, central London.

But it is sandwiched between two thick walls and is just two metres wide by five-and-a-half-metres long.

But the average UK car is 1.82 metres wide meaning it is a very tight squeeze to even get in the space even for the most careful of drivers.

And if they do they barely have any space to get in and out of their motor. 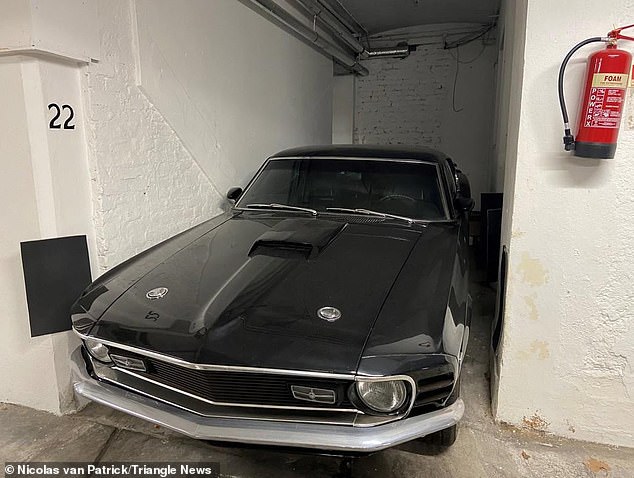 A tight parking space is selling for £85,000 in London (pictured), though any future owners must be confident in their close quarter manoeuvring skills 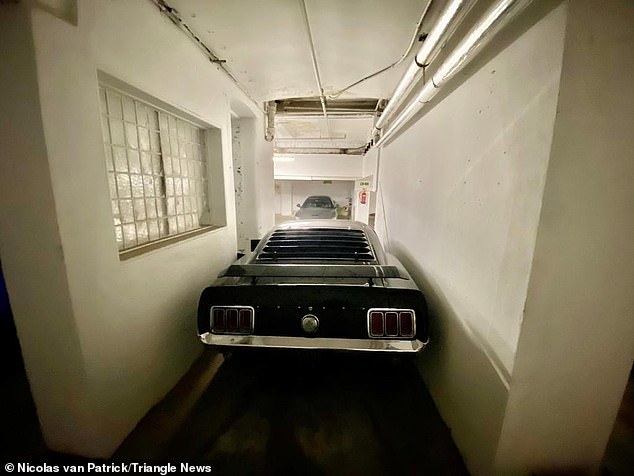 The Knightsbridge garage is only about two metres wide, giving the average car just 20cm clearance 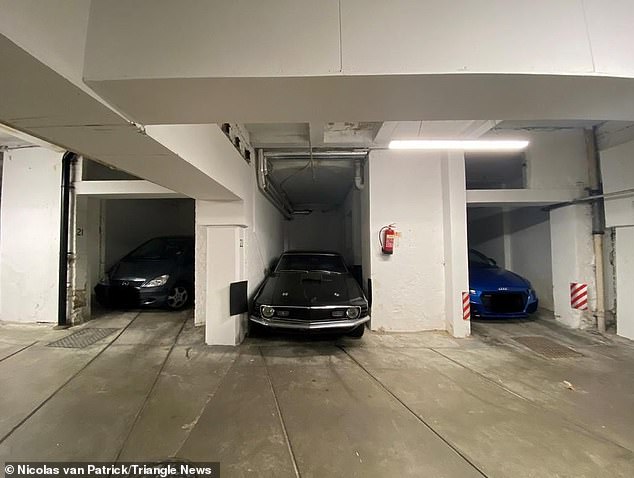 Property hunters were left stunned at the price and bemused by how narrow it is.

Donna Ball, of Bolton, said: ‘Having great fun coming back from London looking at house parking prices on Rightmove.

Liam O’Toole added: ‘Can you actually get out of that car, when parked?

Cathy Growney said: ‘How do you reverse into that space without dorking your wing mirrors.

‘And how can you reverse without them.’ 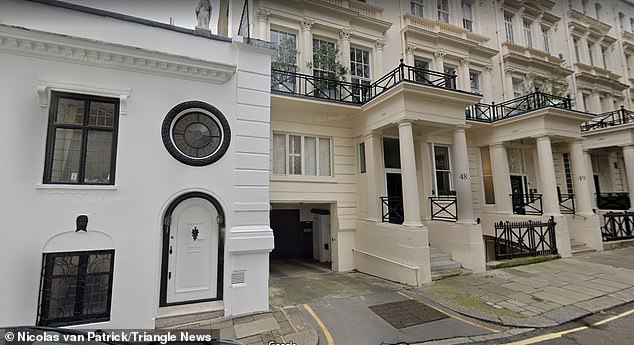 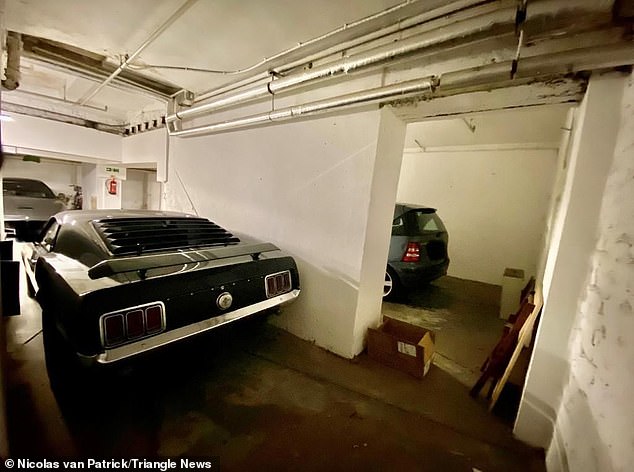 The parking spot’s 960 year lease is far from the most expensive space in the garage, despite being the best part of £100k

The garage space is being in Rutland Gate in the posh district is just 250 metres from Harrods.

It is being sold by estate agents Nicolas van Patrick and advertised on Rightmove.

The listing reads: ‘A single allocated parking space with in a small garage which is sandwiched between Rutland Gate and Ennismore Mews.

‘The space is approximately two metres wide by 5.5 metres long, with good height.

‘With two automated gates operated by fobs, and CCTV the garage is considered to be very secure. 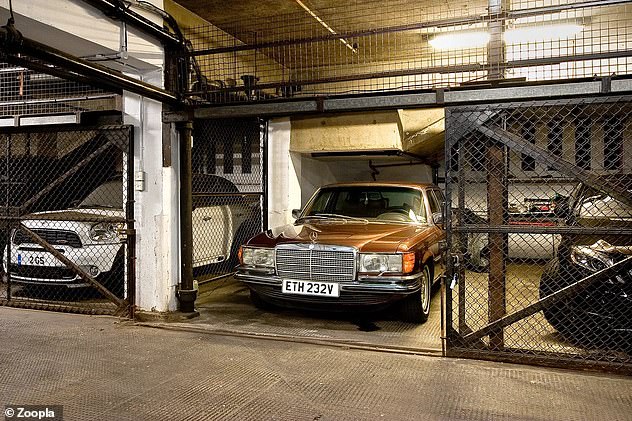 Another parking spot nearby is for sale with a large price tag of £350,000, which is more than the average price of a home in Britain 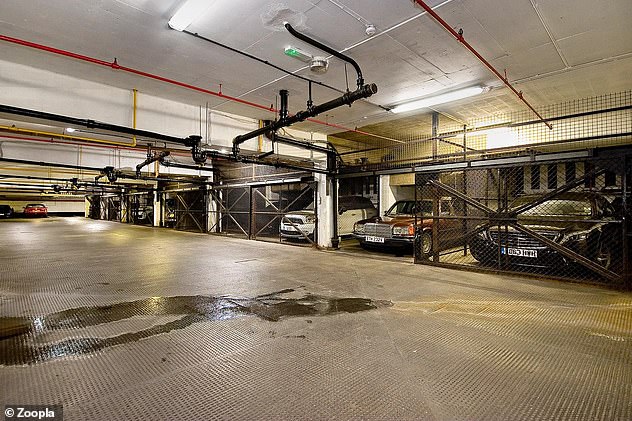 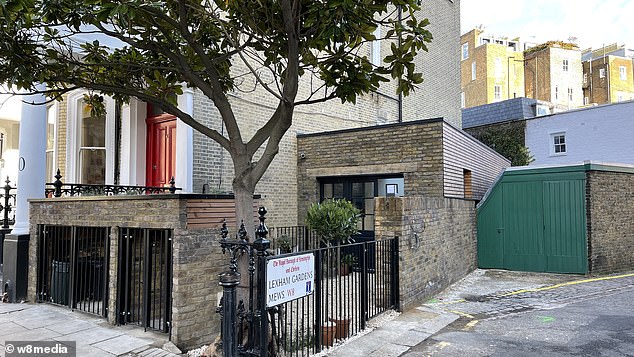 A small garage was sold for £350,000 and then converted into a home two years later in London (pictured) 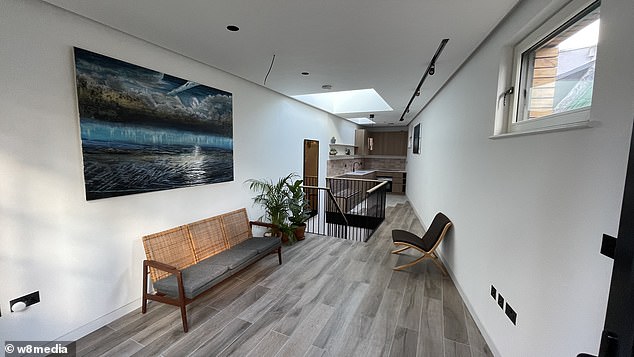 Though small the home is now worth £1.2 million, nearly four times what it was sold for as a garage

Parking spaces in London are often in very high demand, particularly among car owners with valuable vehicles that need protecting from theft.

The most expensive parking space for sale on estate agents Nicolas van Patrick’s website is more than four times the price of the narrow spot in Knightsbridge, at £350,000.

The lot, which is more expensive than many four-bed detached houses up north, is also located near to Harrods, but in a different parking lot.

In 2019 a run-down garage in Kensington was bought for £350,000 is now worth a whopping £1.2 million after being converted into one of the country’s most eco-friendly homes.

While London is not the only place affected by expensive parking spaces, in South Devon a single space went on sale with a price tag of £100,000.