An openly gay councillor has slammed a journalist who forced him to prematurely announce his baby plans by questioning why he had travelled out of locked-down Auckland.

Richard Hills, Auckland Councillor for the North Shore, took to Facebook on Wednesday to reveal he is expecting a child with his husband Leighton Southey.

The politician said he was not ready to share the news but felt compelled after learning a reporter had been investigating whether he had breached the city’s Covid-19 restrictions.

‘A journalist has just contacted me as it seems a councillor has called him to tell them I am out of Auckland in preparation for the birth of our child,’ the 35-year-old wrote.

‘This was not a secret, but I hadn’t yet decided to post publicly on the very personal details about our birth plan and when our baby is arriving just like many families avoid at full term.’ 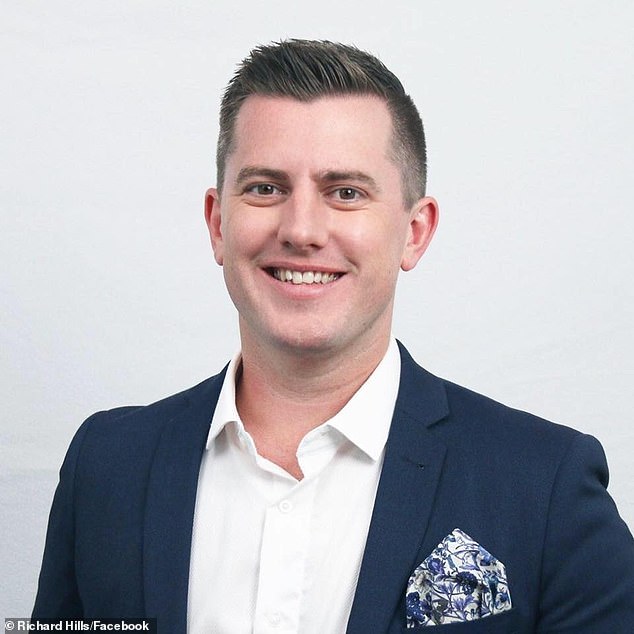 Mr Hills, who is currently at Whangārei in Northland awaiting the birth, said he is still tending to his council duties even though he is another region.

He added he was ‘distressed’ by the journalist’s inquiries into his whereabouts and felt the questions were discriminatory.

‘I am still working from up here, attending meetings, following up constituent queries and will be chairing my committee tomorrow,’ he said.

‘We have all legal permissions to be here, followed all correct processes, applied through the same process as anyone else and we are currently lined up for our fourth test in one week.

‘This is very distressing for us to find a political attack on us and our family. We will be the legal parents of our child, there is no one else to take care of our child, just like any other parents.

‘It felt like the questions put to me were assuming someone else could do the job of parenting.’

Mr Hills said the couple were powerless to fact the city’s latest outbreak coincided with the birth of their baby. 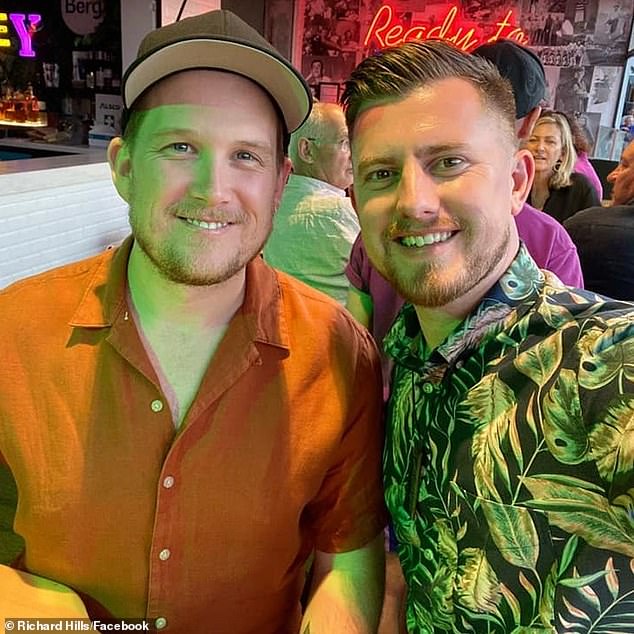 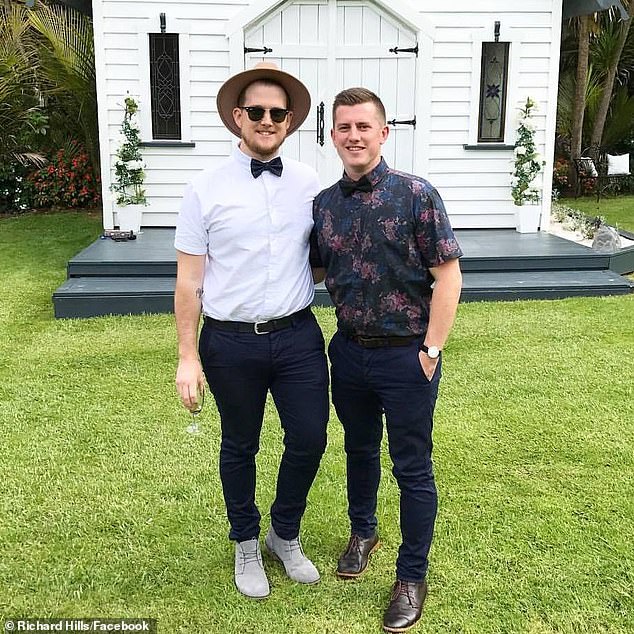 Mr Hills is Auckland council’s first openly gay councillor and its youngest, having been elected in 2016 when he was 30-years-old

‘Covid and alert levels are not in our control. Neither is the fact we live in a different region than where our baby will be born,’ he said.

Mr Hills’ parenting news was published in the New Zealand Herald on Wednesday morning – just hours before he penned the post on social media.

His social media announcement quickly racked up more than 700 likes as fans offered their congratulations.

‘Legit stoked for you guys, and so happy to have you home in Te Tai Tokerau for this incredibly beautiful moment,’ one woman wrote.

‘Thank you for doing all the right things to keep our region safe! ‘

‘Please ignore the haters Rich. You know you are doing everything by the book and other peoples opinions need not have any place in your beautiful family,’ another said.

‘You guys are going to be the most amazing parents and I have no doubt you will raise a wonderfully well rounded little person who will carry on your wonderfully kind, caring and accepting view.’

Mr Hills is Auckland Council’s first openly gay councillor and also its youngest, aged just 30 when he was in 2016.

He is an advocate for more investment in local youth, community development, suicide prevention, and sexual health education.