The ex-boss of the last Indigenous advisory body to Parliament is fighting charges he fleeced Aborigines of $2million.

Geoff Clark, 69, was the chief of ATSIC, the Aboriginal and Torres Strait Islander Commission, when it was shut down by the government in 2004.

He is facing 380 charges of fraud and deception for allegedly misappropriating government funds for Indigenous groups between 2000 and 2010.

But he lashed out on Twitter when Indigenous senator Jacinta Price attacked ATSIC on ABC’s Q+A Voice to Parliament special on Monday night.

He immediately threatened to sue the senator over the allegation, warning: ‘I think there is a defamation case here, Jacinta.’ 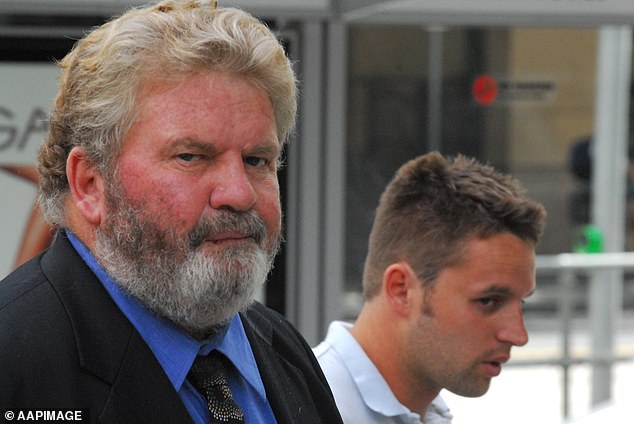 Geoff Clark, the ex-boss of ATSIC, the last Indigenous advisory body to Parliament, is fighting charges he fleeced Aborigines of $2million

Burly white-haired Clark will return to Victorian County Court on August 18, four days before his 70th birthday, for a hearing to set a date for his trial on the fraud charges.

On Monday, a warrant was issued for the arrest of his son, Aaron Clark, 41, after he failed to appear in court on a charge of making a false document.

His wife Trudy, 66, and another son Jeremy, 49, also face a number of similar, related charges. Police initially laid more than 1100 charges against the family members.

Several hundred charges against Clark and his family members have since been dropped, but hundreds still remain, The Age reported last year.

He is accused of using some of the cash for his own purposes, including $550,000 on legal fees, and paying for a ‘lavish’ deck at his home in Framlingham.

But much of the remainder of the cash is allegedly still lying in Aboriginal community accounts and assets he controls. 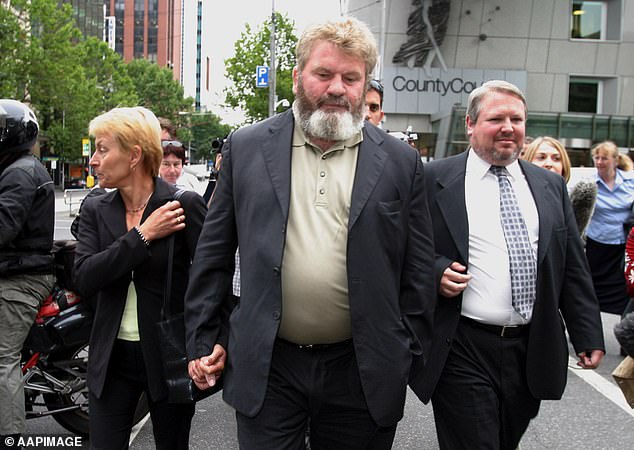 Geoff Clark (pictured with his wife Trudy, left) is facing 380 charges of fraud and deception for allegedly misappropriating government funds for Indigenous groups between 2000 and 2010

He was first charged in connection with the alleged fraud in 2018 but branded the investigation a ‘witch hunt’ which was conducted for political purposes.

At the peak of his power, Clark earned $240,000 a year as ATSIC chairman, presiding over a $1billion a year budget, after working his way up Indigenous leadership roles.

The son of an Aboriginal woman and a Scottish dockworker, Clark was raised by his grandmother and quickly shone as a teenage boxer.

He snubbed a career in sport to become an Aboriginal activist, despite being perceived as a ‘white blackfella’ because of his pale skin.

But his reign as the nation’s most powerful Aboriginal leader was cut short.

After being elected ATSIC chairman in 2000 after joining in 1996, the commission was rocked by several controversies which led to it being disbanded and abolished.

Clark was defiant in the face of the accusations and was re-elected in 2002, insisting: ‘There may be allegations, but that’s all they are – allegations.’

But Prime Minister John Howard stripped some of ATSIC’s power and budget in 2003 and in 2004, Labor joined a bipartisan push for it to be scrapped. 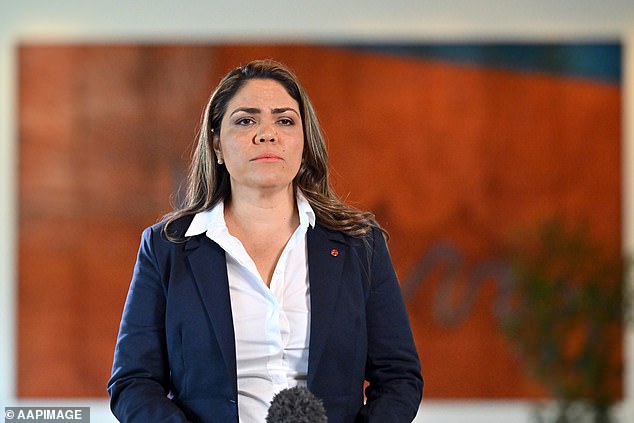 Senator Price used the example of ATSIC as a warning over the consequences of the government’s referendum on setting up a new Indigenous advisory body.

Labor’s Voiced to Parliament proposal would enshrine the new advisory board in the constitution, which would require another referendum to remove it in future years.

‘We can all get on board with recognition, but I don’t trust a bureaucracy to be enshrined in our Constitution,’ the former mayor of Alice Springs told the Garma Festival-themed Q+A on Monday evening.

‘There’s a lot of Indigenous organisations that are government-funded to have the responsibility to advance Indigenous Australians.

‘There are many that have gone into administration because of corruption. There’s accountability to be had by Indigenous organisations.

‘The ability to stand on one’s two feet, and not just entirely based on your identity as an Indigenous person, but simply just as a human being.’

The Aboriginal and Torres Strait Islanders Commission was the latest in a line of failed Indigenous advisory boards.

It was created by Bob Hawke’s Labour government in 1990 out of the ashes of the National Aboriginal Conference.

The NAC – itself formed out of the National Aboriginal Consultative Committee, formed by the Whitlam Government in 1973 – was riven by division and clashes with the government by the time it collapsed in 1985.

ATSIC was to set up to to advise Governments at all levels, provide peak national and international advocacy for Australian Indigenous affairs, and deliver and monitor Indigenous programs and services.

It was made up of 35 regional councils with over 400 councillors, the ATSIC Board with 18 zone commissioners, and an elected chairman.

The behemoth billion-dollar-a-year agency was also backed up by several hundred public servants who did all the research and helped draft policy.

But it was wracked by controversy and in 1996 Pauline Hanson called for it to be abolished in her maiden speech.

It was also criticised for its lack of autonomy and that its policy advice was ignored by the government.

Others said it was not properly representative of the Indigenous community

It would survive for another eight years but the final nail in its coffin came when Labor joined the call for it to be abolished, 14 years after it was created by a Labor government.

It was replaced by the hand-picked 12-member National Indigenous Council but that did not survive beyond the election of Kevin Rudd’s Labor government in 2007.

The Uluru Statement From The Heart calls for an Indigenous Voice to Parliament which will be locked into the Constitution to protect it from being axed politically.

Labor has proposed a referendum on the question before the end of 2023.

Barefoot Barnaby Joyce cuddles up to his fiancee Vikki Campion