Controversial Republican Rep. Marjorie Taylor Greene will have to defend her House seat against a primary challenge from a Georgia businesswoman who launched her campaign ‘to bring sanity back to Washington’ on Wednesday.

Jennifer Strahan has never held elected office before but launched her campaign with a statement taking shots at prominent Democrats and – without directly naming her – Greene herself.

‘Georgia’s 14th district deserves a representative who is focused on serving, not being a celebrity,’ Strahan said in an apparent swipe at Greene’s high public profile.

‘There is too much at stake right now for anything less than full dedication to the job. Democrats in Washington – from Joe Biden to Nancy Pelosi – are infringing on our constitutional liberties, jeopardizing our national security, and threatening our jobs.’

She added that her district was ‘left without a real advocate or even a single seat on a congressional committee.’ 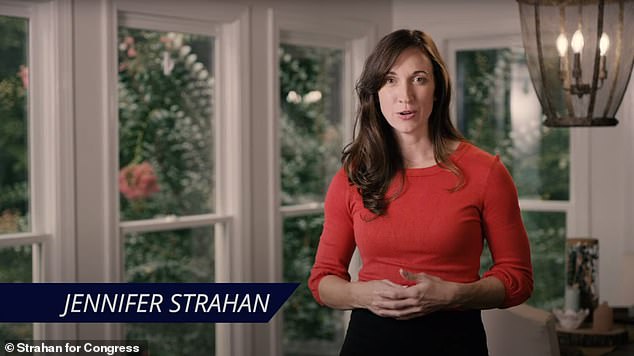 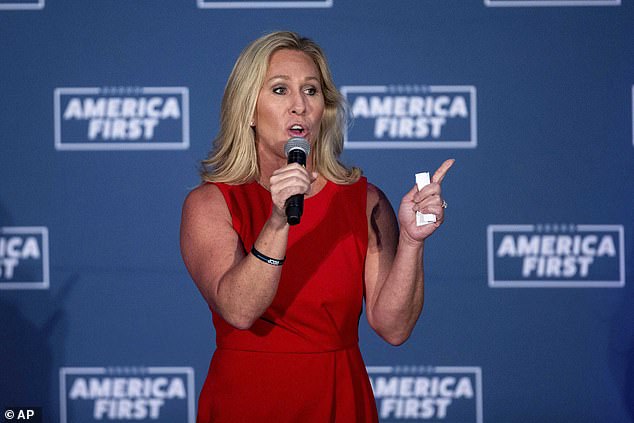 She’s aiming to unseat Rep. Marjorie Taylor Greene, who was elected in 2020 and stripped of her committee assignments for incendiary remarks and social media actions shortly after

In February the House voted to strip Greene of her committee assignments. The measure was backed by all House Democrats and 11 Republicans.

Greene has fueled controversy and outrage with incendiary remarks and propagating conspiracy theories.

The lawmaker has previously disputed that a plane hit the Pentagon on September 11 and called the Parkland school shooting a ‘false flag.’

She’s also liked social media posts advocating for violence against Democratic legislators, including one that said Pelosi should be removed with a ‘bullet to the head.’

Greene was pushing QAnon conspiracy theories when she was campaigning for office though she’s since disavowed the group.

All that plus her commitment to former President Trump has skyrocketed her profile to national recognition and oftentimes infamy.

But in a video accompanying her campaign announcement, challenger Strahan seemed to take a shot at Greene’s fame, declaring: ‘I’m not a politician or a celebrity, and quite frankly, I don’t want to be either.’ 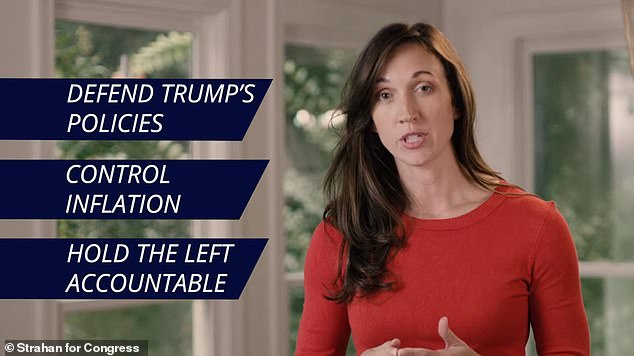 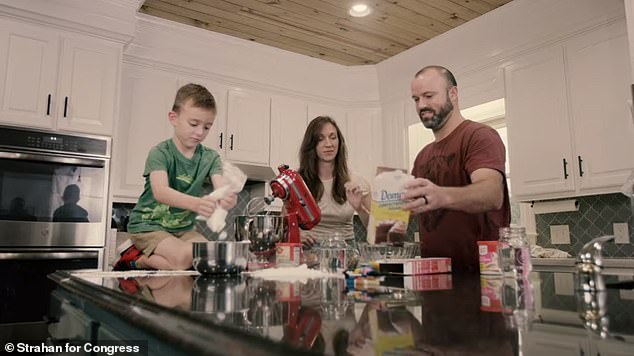 She also called herself a ‘small business owner, a Christian, a wife, a mother to a rambunctious little boy, and two dogs and tortoise’

Strahan brands herself a ‘no-nonsense conservative’ as well as a ‘small business owner, a Christian, a wife, a mother to a rambunctious little boy, and two dogs and tortoise.’

According to her LinkedIn profile Strahan is CEO and President of healthcare advisory firm J. Osley & Co.

In the video she again goes after Democrats, targeting ‘out of control inflation, a crisis at the border, and 13 flag-draped caskets’ – referencing the deadly blast outside of Kabul airport during Biden’s chaotic Afghanistan withdrawal.

‘Next year Nancy Pelosi will be fired, and our new majority must do very serious work defending President Trump’s policies, controlling the cost of living and holding the Biden administration and the radical left accountable for their failures,’ Strahan said.

Appealing to Trump voters is a solid strategy in Georgia’s 14th district.

Though the state only just went to Biden in the 2020 election, virtually every county in the district went to the former president.

Greene beat her Democratic opponent by nearly 75 percent to win her first term in Congress in 2020. 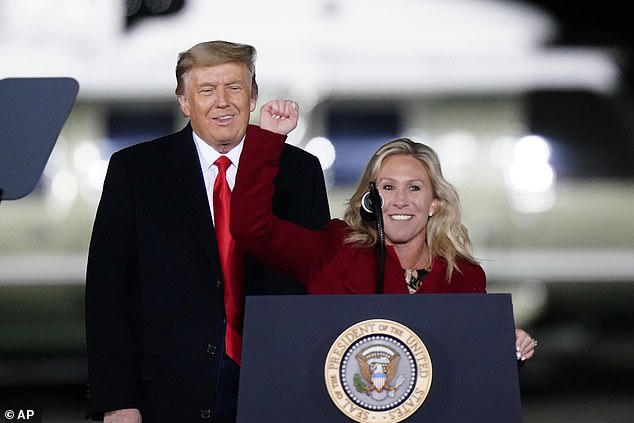 But Greene, at least for now, remains a close ally of Trump’s and is raising her public profile by championing his platform

And she’s also been championing Trump and his ‘America First’ policies since before she got to office.

She and Rep. Matt Gaetz of Florida spoke at an America First rally in Iowa in late August, where they pushed baseless theories that Trump was the real 2020 winner.

Greene appeared on stage with the former president at a June rally in Ohio.

He told a densely-packed crowd of supporters that Greene was one of his ‘favorite people’ and a ‘warrior.’

‘She’s a brilliant woman, she’s doesn’t get credit for it,’ he said. ‘But we all know about that stuff.’

Inside the grim military brig where Marine Lt. Col. Stuart Scheller is being held