Georgia sheriff’s deputies have been accused of racial profiling after body cam footage showed them rifling through the bags of an all black women’s lacrosse team from Delaware during a traffic stop.

The footage contradicts the sheriff’s claim that the athletes’ bags were not searched after the team bus was pulled over on Interstate 95 in Liberty County on April 20.

But body cam, posted by Delaware Online on Wednesday, shows the moment the deputies stop the bus  before one officer with a K-9 searches the vehicle while the other says: ‘There’s a bunch of dang schoolgirls on the truck. Probably some weed’.

The officers then proceed to search through the players’ bags but come up empty handed.

The incident has sparked outrage from civil rights group and the historically black Delaware State University, who accused the officers of racial profiling.

‘We do not intend to let this or any other incident like it pass idly by,’ University President Tony Allen said in a statement. We are prepared to go wherever the evidence leads us.

‘We have video. We have allies. Perhaps more significantly, we have the courage of our convictions.’ 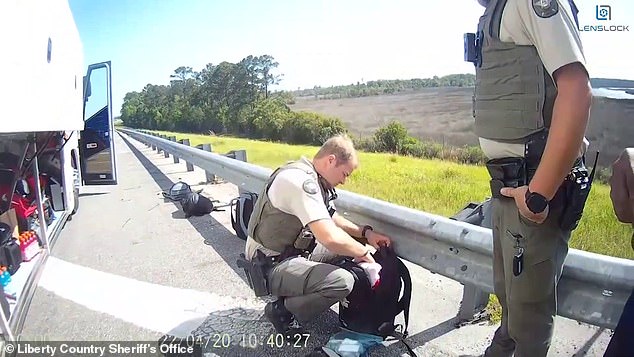 Body cam footage released on Wednesday revealed Liberty County Sheriff’s deputies did in fact go through the bags of athletes from Delaware State University, a historically black college, during a traffic stop on April 20 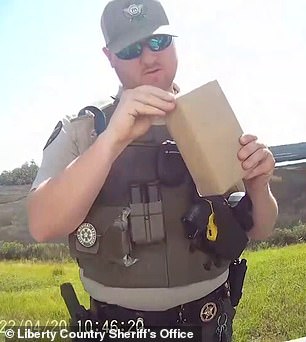 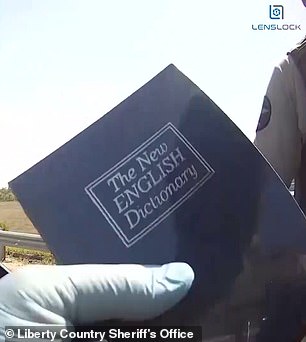 One deputy suggested it was suspicious that a senior was carrying a package from her aunt and didn’t know what it was (top right). The student offered to open the package, which contained a plastic book safe and a copy of a dictionary (top right) 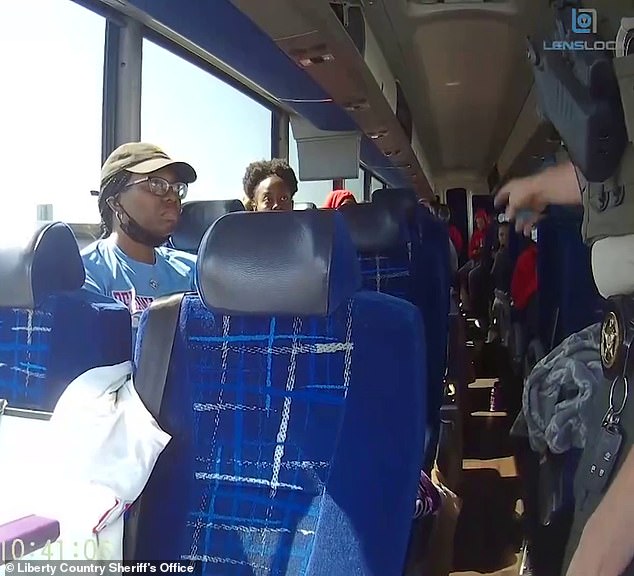 The lacrosse players, who were predominantly black, claimed the search was spurred on by racial profiling. Their coach said she was upset that police thought her players were carrying marijuana, which is prohibited for the Division one athletes 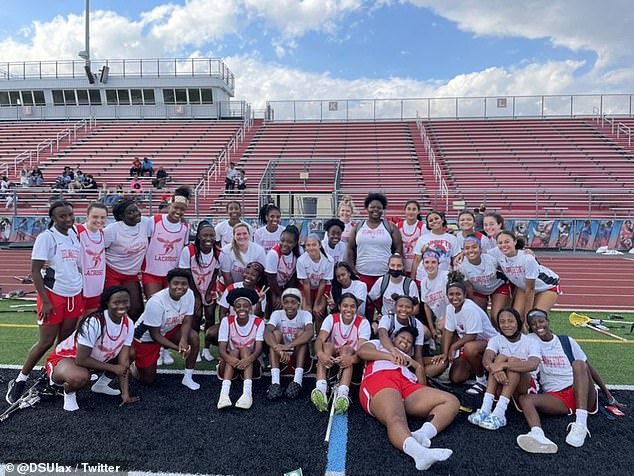 Following the release of the body cam footage, Bowman explained that the K-9 never entered the bus and that only the front luggage area was checked, not the bags the athletes were carrying inside the vehicle.

Bowman also claimed that there was no instance of racial profiling because ‘the deputy was not aware that this school was historically Black or aware of the race of the occupants due to the height of the vehicle and tinted windows.’

Despite Bowman’s claims, the legality of the stop and the search that ensued has been brought to question.

Deputies said they stopped the bus for traveling on the far-left lane of the interstate, but as the bus driver, Tim Jones, stated, the far-left lane only prohibits trucks and vehicles with more than six wheels, not school busses.

After questioning Jones, several more deputies arrived with a K-9, who deputies said detected possible narcotics on the bus.

One of the deputies then entered the bus and let the players know that they will be searching their bags given the ‘large amounts of money, trafficking children, trafficking anything up and down these interstates.’

Coach Pamella Jenkins protested the search asked ”How do we go from being in the wrong lane to going through our bags?’

As the deputies searched the players’ bags, one deputy called out for senior Aniya Aiken, asking her about a package with her name on it.

When she told the deputy she doesn’t know what’s inside, explaining that it was given to her by her aunt, the deputy suggested that its suspicious of her to be carrying something like that.

‘You don’t know what it is,’ he tells her. ‘You see that kinda seems like ‘What’s going on?’ … This is the type of stuff we look for.’

The package contained an unopen plastic book case and a dictionary. After nothing was found, the deputies allowed the bus to pass. 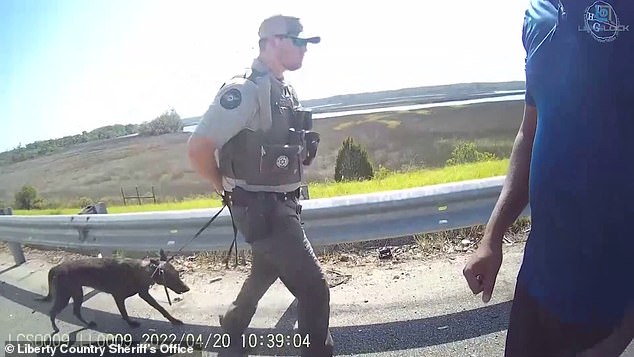 The deputies had stopped the bus for traveling on the far-left lane and continued to conduct a search with a K-9, who they said detected possible narcotics in the vehicle 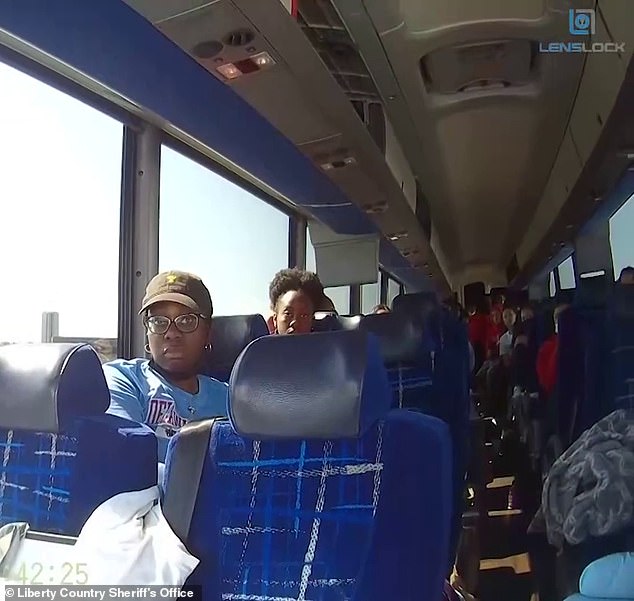 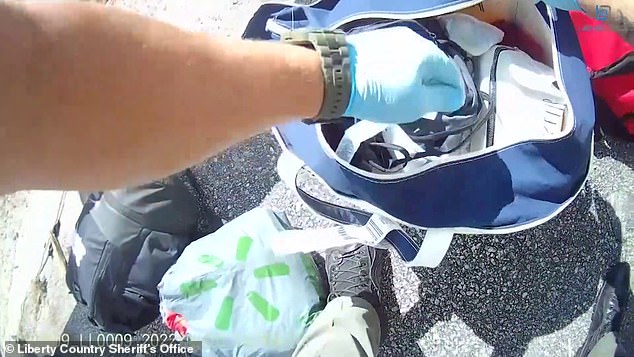 The men riffled through the players’ bags, but the search ultimately found nothing 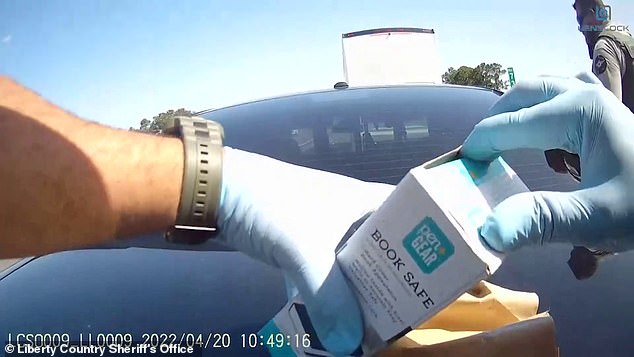 The deputies had suspected one package, but it only held an unopen book safe and a book

Jenkins said she ‘felt violated’ over the search and the suggestion that her team would carry marijuana as it’s prohibited for the Division I athletes.

‘So, to hear police say that in that accusatory tone, it made me very upset and then also helpless, because there was no way in that moment that I could keep them safe,’ she told CNN.

Freshman Saniya Craft, who filmed the encounter on her phone, also said the experience was ‘traumatic,’ and like other players, insisted that the search was triggered by racial profiling.

‘I just knew, if we were a different colored team — which is sad to say — that it wouldn’t have been presented like that, and I don’t even believe that we would have gotten searched,’ Craft told CNN.

Sophomore Sydney Anderson echoed the claim, saying that the team was in shock as the deputies riffled through their belongings in search of narcotics that weren’t there.

‘In the moment, I felt very inferior,’ she said. ‘I feel like there nothing we could have said or done to change their actions. I do believe we were racially profiled.’ 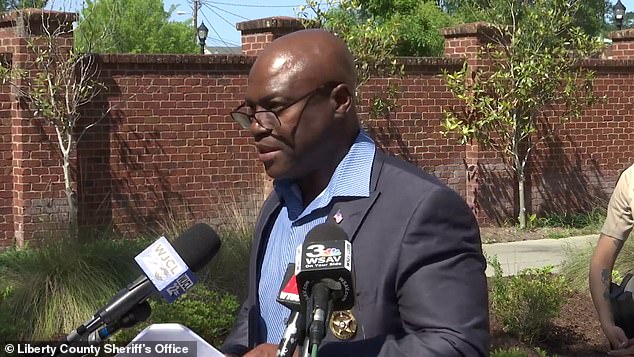 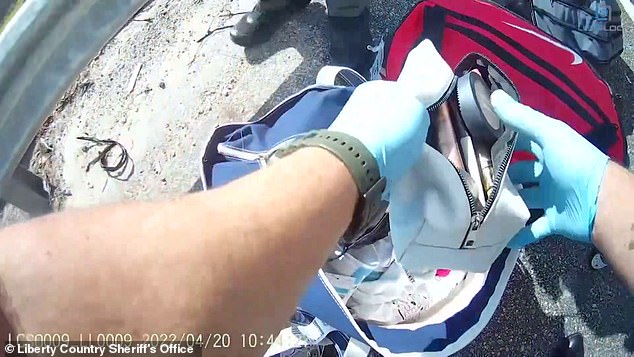 Bowman had defended the search on Tuesday and has insisted that the deputies acted within the law, but that his office welcomes any feedback to improve.

‘Although I do not believe any racial profiling took place based on the information I currently have, I welcome feedback from our community on ways that our law enforcement practices can be improved while still maintaining the law,’ Bowman told reporters.

Gerald Griggs, president of Georgia’s state NAACP chapter, told Delaware Online that even if the initial stop was valid, ‘simply stopping a bus filled with African Americans and subjecting them to that (search) raises grave civil rights concerns.’

‘The actual search of the baggage and running the dog all up on the bus, they’re going to need something (more) to do that,’ he said of the traffic stop. ‘And I have some serious concerns about whether they did.’

Officers in the state of Georgia are allowed to shift a traffic stop into a criminal investigation so long as they offer reasonable suspicion, however, without providing a clear reason, the search would be in violation of the Fourth Amendment, which protects individuals from unreasonable searches and seizures.