A gin sold to raise money for the Captain Tom Foundation has been axed amid claims it ‘breached charity law’.

Bottles of the Captain Sir Tom branded alcohol were launched with the Otterbeck Distillery in his native Yorkshire in November 2020.

The gin has since been on offer on the distillery’s website for £100 since April last year, with the promise of ‘all profits’ going to the Captain Tom Foundation.

But limited edition 50cl barrel-aged bottles were being sold to customers without details of the amount going to the charity – in contravention of legislation.

A spokesperson for both the distillery and the foundation told The Times that ‘around £30’ from each sale goes to charity ‘after duty and production costs’.

They added: ‘For the avoidance of doubt, Otterbeck expect after duty and production costs around £30 from each bottle sold to go to the Captain Tom Foundation.’

But they did not provide clarity on whether the gin has been taken off the website due to the concerns, instead insisting that the bottles were only ‘intended for a short production run’.

Not all 100 bottles have been sold, though. 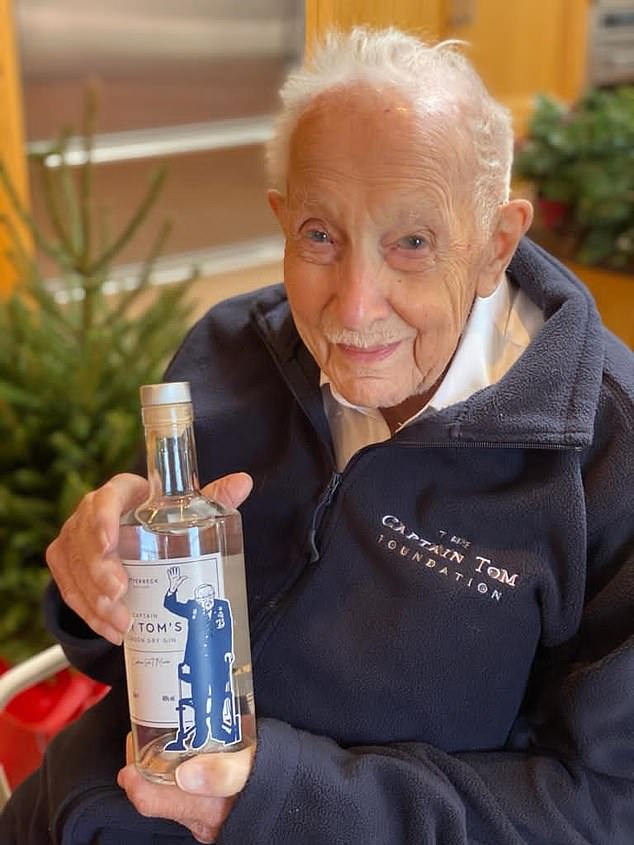 Captain Sir Tom Moore pictured with his own branded gin in November 2020, which was sold with the promise that all profits were going to his foundation 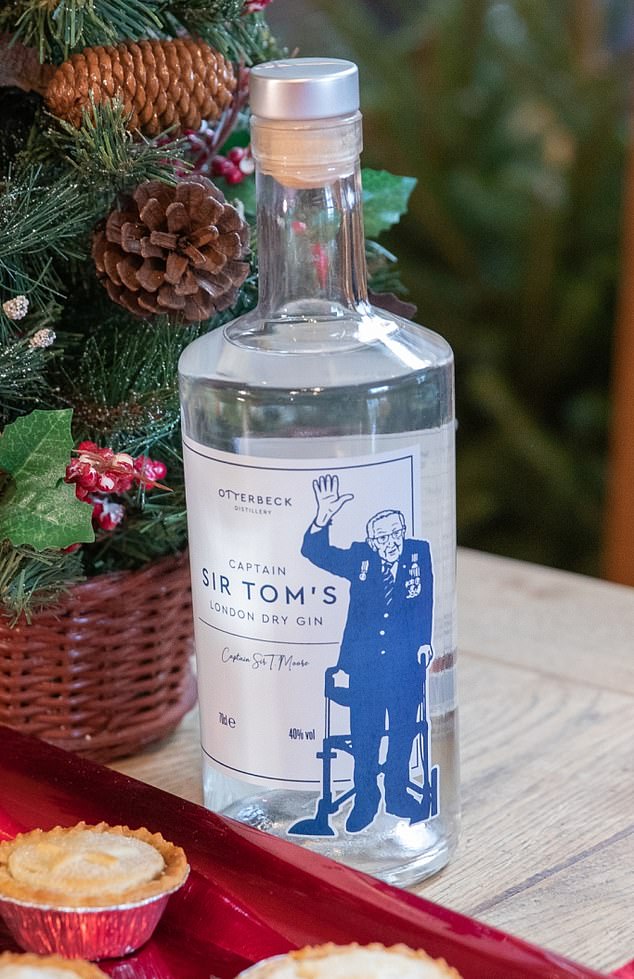 During its launch in 2020, the gin was described as a ‘delicate and herbaceous London dry with soft hints of citrus, rosemary and thyme. Fresh and aromatic reminiscent of an English Summer Garden’.

A 70cl bottle of the gin is priced at £35.95 with the promise that £1 from ever sale goes to the foundation.

Captain Tom became a national icon after raising nearly £40million for the NHS during the Covid crisis by walking laps of his garden to mark his 100th birthday in the first lockdown.

The charity named after the Second World War veteran, who died after testing positive for the virus last year, was set up to celebrate the older generation and contribute to organisations who support them.

However, it has since been mired with controversy and is subject to a Charity Commission compliance case. 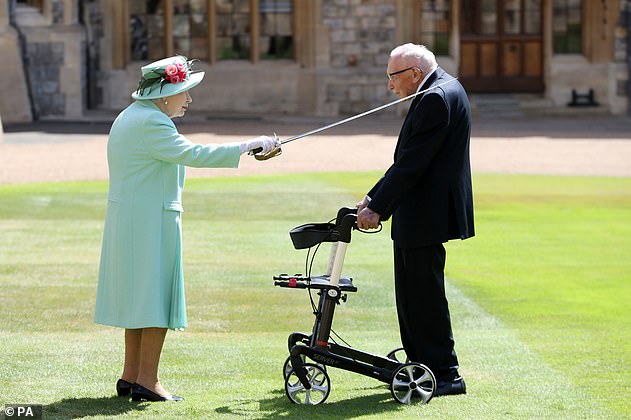 The amazing fundraising effort propelled Sir Captain Tom to superstardom. He was made an honorary colonel and was later knighted by the Queen (pictured) at Windsor Castle 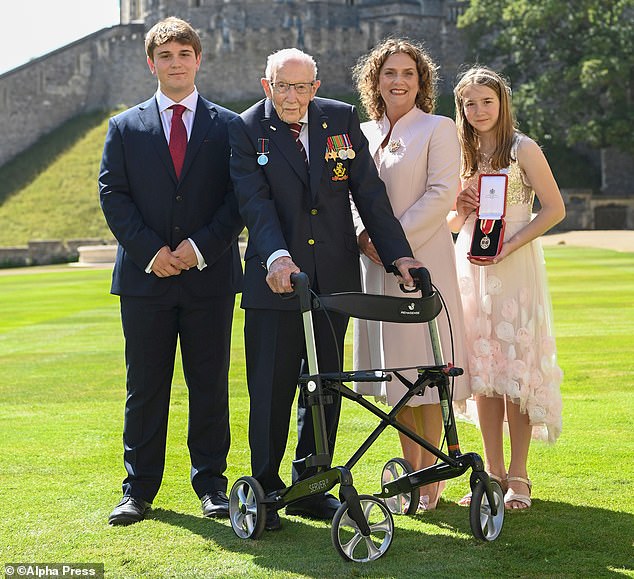 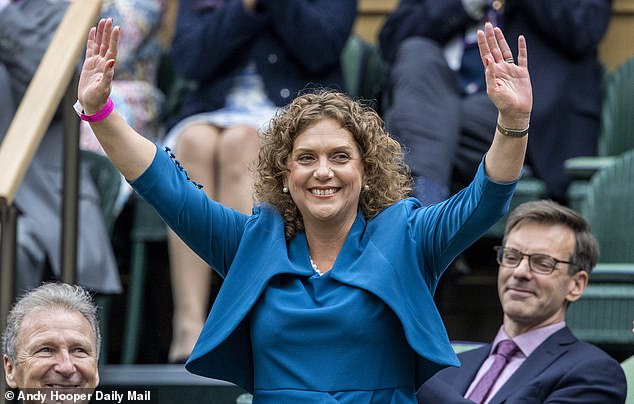 It comes after the foundation allegedly tried to pay his daughter Hannah Ingram-Moore a £150,000 salary, but the move was blocked by the Charity Commission

It came after it emerged payments were made to two companies run by his daughter Hannah Ingram-Moore and her husband, who claim they were reimbursements.

Accounts for The Captain Tom Foundation showed only £162,000 was awarded in its first year, while around £240,000 of £400,000 in outgoings were spent on fundraising and administration.

They showed the foundation reimbursed £50,000 of expenditure to companies run by Mrs Ingram-Moore and her husband Colin, including their consultancy firm Maytrix. The Charity Commission said its ‘engagement’ with the charity’s trustees is ongoing.

The charity also allegedly tried to pay Ingram-Moore a £150,000 salary.

But the watchdog, which has been in contact with the charity since March last year about its set-up and governance arrangements, blocked the salary last summer after permission was requested.

The couple deny any wrongdoing.

She stepped down as chief executive last month, while inquiries by the Fundraising Regulator are ongoing.

It said: ‘We are currently making regulatory inquiries of the charity and therefore we are unable to comment further on this case.

‘We continue to work with the Charity Commission to resolve matters related to the charity.’