Tributes have been paid to one of the country’s top plastic surgeons who died in a road traffic accident while cycling.

Niall Kirkpatrick, 62 was killed after being hit by a car along a country lane while out enjoying a Sunday morning cycle ride with a friend in Fairstead, Essex.

A 65-year-old man is being held on suspicion of causing death by careless driving.

Mr Kirkpatrick worked for both the NHS and also ran a private practice from London’s Harley Street which attracted high profile patients from all around the world.

He was also a specialist in craniofacial surgery for children at Great Ormond Street Hospital for Children and the Chelsea and Westminster Hospital and a leading expert in head and neck surgery.

Mr Kirkpatrick was also considered one of the world’s leading facelift surgeons. 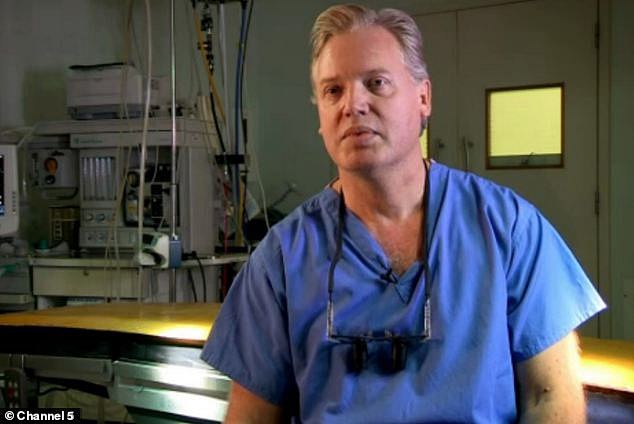 Renowned plastic surgeon Niall Kirkpatrick, 62 was killed after being hit by a car along a country lane while out enjoying a Sunday morning cycle ride with a friend in Fairstead, Essex

He previously featured extensively on the television show Botched Up Bodies in which he corrected cosmetic surgery operations that had gone disastrously wrong.

In 2012, Mr Kirkpatrick led a medical team that famously ‘rebuilt’ the face of Ali Hussein, an Iraqi teenager seriously injured in an American airstrike in 2003 when he was only 7-years-old.

It earned him a place in Britain’s top 100 children’s doctors.

Mr Kirkpatrick was also known for his work with the charity Facing the World, which focuses on children in Vietnam suffering from facial deformities.

In his role as its medical director and surgeon, he regularly visited the country to carry out operations and took part in fund raising efforts. 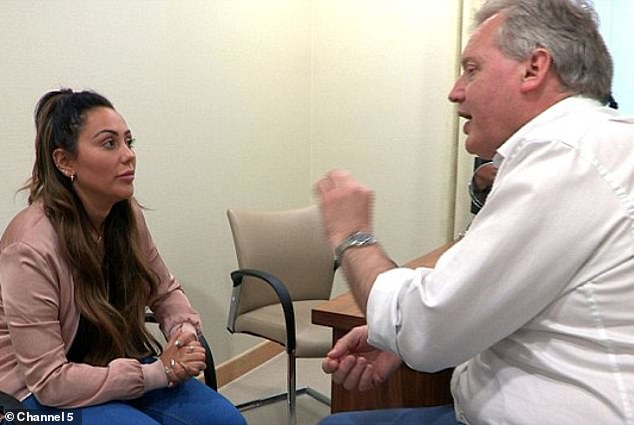 Mr Kirkpatrick worked for both the NHS and also ran a private practice from London ‘s Harley Street which attracted high profile patients from all around the world. Pictured: Geordie Shore’s Sophie Kasaei reveals to Mr Kirkpatrick she’s ‘addicted’ to lip filler in Channel 5 series Botched Up Bodies

Former colleagues, patients and friends took to social media to pay tribute to Mr Kirkpatrick describing him as a ‘brilliant and exceptional’ doctor and man.

The British Association of Plastic Reconstructive and Aesthetic Surgeons (BAPRAS) opened a virtual book of condolences and said in a statement: ‘We are sorry to announce that Niall Kirkpatrick was tragically killed today [9 January] in a road traffic accident. He was cycling and he was a hit by a car.

‘He was an exceptional man and a great doctor. He has influenced and trained many colleagues over the years and was very very active in BAPRAS. Our thoughts go out to his family and friends at this time.’

One colleague posted: ‘Niall was the most amazing consultant to work with, he taught me so much and became a lovely friend. He was kind, caring, patient, inspiration and also great fun. He made me a better plastic surgeon.’

Another wrote: ‘Niall was one of the most genuine men to grace this earth.’

A relative of one of his former patient’s declared: ‘Devastated by this news, I met Dr Kirkpatrick a few months ago and second operation for my daughter was due end of this month.

‘He left the impression of a true gentleman with an infinite kindness during our conversations. My deepest condolences to his wife and sons. RIP Dr Kirkpatrick.’

‘Aside from the skill of a surgeon, he had the eye of an artist, and was one of the kindest men I’ve ever met.’

Harley street eye specialist Dr Sabrina Shah-Desai described him as a ‘kind mentor’ and ‘graceful human being. She added: ‘I have no words to express the sadness I have been feeling since I heard the news of Niall’s untimely demise this week.’

Essex police said emergency services were called to reports of the collision involving a car and two cyclists in Fairstead, Essex around 10.30am on Sunday.

A police statement said: ‘We attended and, sadly, one of the cyclists – a man in his 60s – was pronounced dead at the scene

‘The other cyclist sustained injuries to his face.’

They added that a 65-year-old man from had been arrested on suspicion of causing death by careless driving and he is currently in custody.

Afghanistan: Taliban claim violence ‘is not their policy’, insist women ‘have their basic rights’