Former President Trump loomed large over a West Virginia primary where two incumbents faced off against each other, and Trump-backed Rep. Alex Mooney emerged victorious.

But the former president threw his weight behind Mooney, deeming McKinley a ‘RINO’ and knocking him for voting for the bipartisan infrastructure bill and a bipartisan commission to investigate the Jan. 6 Capitol riot. Mooney also had the backing of powerful conservative groups Club for Growth and FreedomWorks.

McKinley had hoped his vote for the infrastructure bill, which will bring money into the state to fix its crumbling roads and bridges, lead pipes and expand broadband access, would be an asset, not a setback.

With the former president’s star power behind him Mooney was able to overcome a historical disadvantage: much more of the new district the House members were running in was part of McKinley’s old district.

The Associated Press called the race around 9 p.m. Tuesday evening, when Mooney had 51.8 percent of the vote and McKinley 38 percent in the five-candidate field.

Mooney is heavily favored to win the general election in November in the state where Trump won 68 percent of the vote in 2020.

Known more as a conservative warrior than a legislator, Mooney won Trump’s blessing even though he voted with the former president less often than McKinley – 86.7 percent to 92 percent of the time, according to FiveThirtyEight.

McKinley, a civil engineer who ran on infrastructure in 2010, had been told by Trump’s advisors that a vote for the bipartisan infrastructure bill would result in Trump endorsing his opponent, and even GOP Minority Leader Rep. Kevin McCarthy asked him to vote against it. 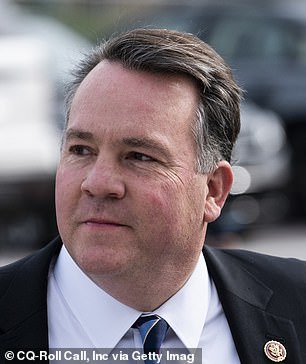 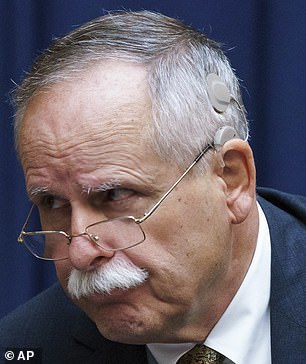 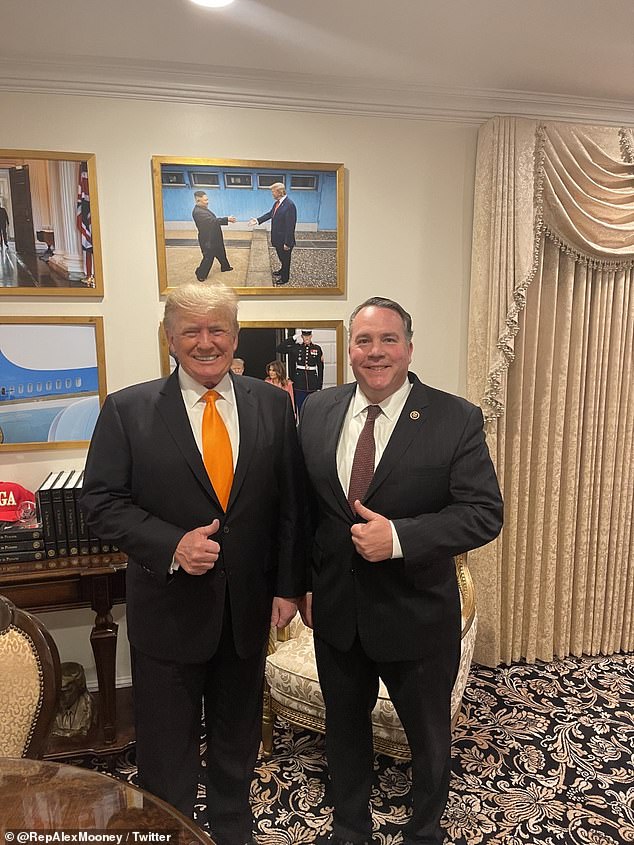 ‘I’m gonna pass up 11 years? Finally we’re getting a vote,’ McKinley told Roll Call. ‘And that’s where Kevin McCarthy and some of the other boys came over to me and said, ‘Can you just hold off? Give us another two years until we’re in the majority.’

In the end, Trumpist ideology won out over concerns of the state’s need for infrastructure spending.

‘He is a liberal RINO Republican,’ Mooney declared at a Trump rally in Greensburg last weekend. He promised to ‘fight for the values of our country, not go along to get along with the Democrats.’

Compared to Mooney, West Virginia House primary candidate Carol Miller, who also had Trump’s backing, won with even more percent of the vote in the 1st district of West Virginia as more than 67 percent of voters cast their ballot for her.

But in Nebraska, businessman Charles Herbster failed to do as well as he faces multiple sexual misconduct allegations, which he has denied.

Eight women accused Herbster of groping in a report published by the Nebraska Examiner.

In an ad denying the allegations, Herbster compared himself to Supreme Court Justice Clarence Thomas and Brett Kavanaugh, who also faced allegations of sexual misconduct during their respective confirmation hearings.

Of the dozens of endorsements Trump has issues for the 2022 GOP primary elections, all have won so far – making Herbster the first loss for the former president, who doesn’t like losing.

During Trump’s rally in Greensburg, Pennsylvania on Friday he bragged about his winning streak in midterms.

‘Every single candidate that I endorsed won their primaries on Tuesday,’ Trump said last Friday, referring to the Ohio and Indiana primary elections. ‘We have a total record of 55 and 0.’

West Virginia isn’t the only place Trump has waded into a member v. member race – in Illinois the former president has endorsed Rep. Mary Miller over Rep. Rodney Davis. That primary isn’t until June 28.

Both Miller and Mooney are part of the 42-member right-wing House Freedom Caucus.