Households face yet more energy bill misery as price cap ‘set to rise by another £1,000 in October’, analysts fear

The price cap on energy bills looks set to rise by an extra £1,000 at the beginning of October, according to new predictions by analysts.

Yet more energy bill misery is foreseen for households, with the cap expected to rise to around £2,980.63 for the next period – which runs between October and December, market researchers Cornwall Insight has said.

It is another hammer-blow to families already coming to grips with the cost of living crisis, with inflation soon set to exceed ten per cent, leaving people facing the second-biggest income squeeze since modern records began in 1964. 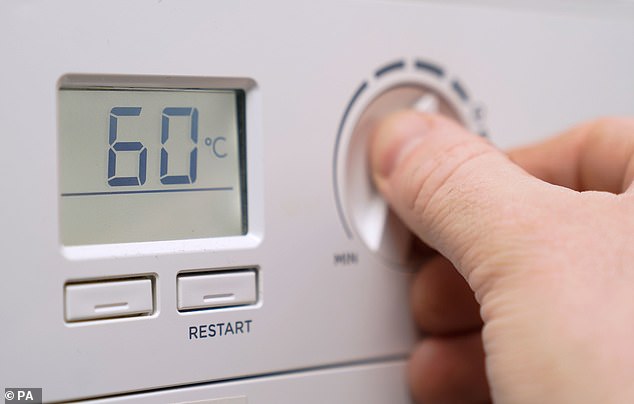 The price cap on energy bills looks set to rise by an extra £1,000 at the beginning of October, according to new predictions by analysts – racking it up to around £2,980 for the next period (file photo)

Food and clothing prices have already increased, while mortgages and rail fares are also due to hike dramatically, with four in ten people now say they are having to cut back on groceries in order to cope.

There are even claims today from a fire chief that a recent spate of blazes around the country is the result of people burning wood in a desperate attempt to keep themselves warm.

These predictions were enough for the Chancellor to reveal a multi-billion pound package of support, including a £400 energy grant for every household in the country as well as extra support for millions of the most vulnerable.

Energy prices on wholesale markets have been soaring over the past year.

The increases were firstly caused by high demand as global economies reopened following the pandemic.

Then Russia’s unprovoked full-scale attack on Ukraine caused prices to spike even further.

The crisis has reduced the number of energy suppliers on the market to just over 20, while competition has been destroyed.

No suppliers are able to offer a price below the cap’s level.

The price cap is already worse for customers than it has ever been. For an average household, the price of energy increased from £1,277 to £1,971 in April.

Cornwall Insight predicts another small rise in the price cap to £3,003 in January 2023 before dropping down to £2,758 in April and £2,686 in July – suggesting high prices are here to stay for some time for British households.

Parents of Derrick Robie, the 4-year-old beaten killed 27 years ago say that they can now move on