The photos every vaper needs to see: How a 15-year-old schoolgirl who took up smoking cheap e-cigs ended up in ICU with a rare disease

A mother has issued a heartbreaking warning about the dangers of e-cigarettes after her 15-year-old daughter’s secret vaping habit left her with a rare life-threatening lung illness.

Sydney teenager Dakota Stephenson went to hospital with a high temperature and back pain last September, seven months after she first started vaping with friends at school.

Dakota was diagnosed with hypoxia within hours – meaning her lungs weren’t getting enough air – and spent three days on partial ventilation struggling to breathe. 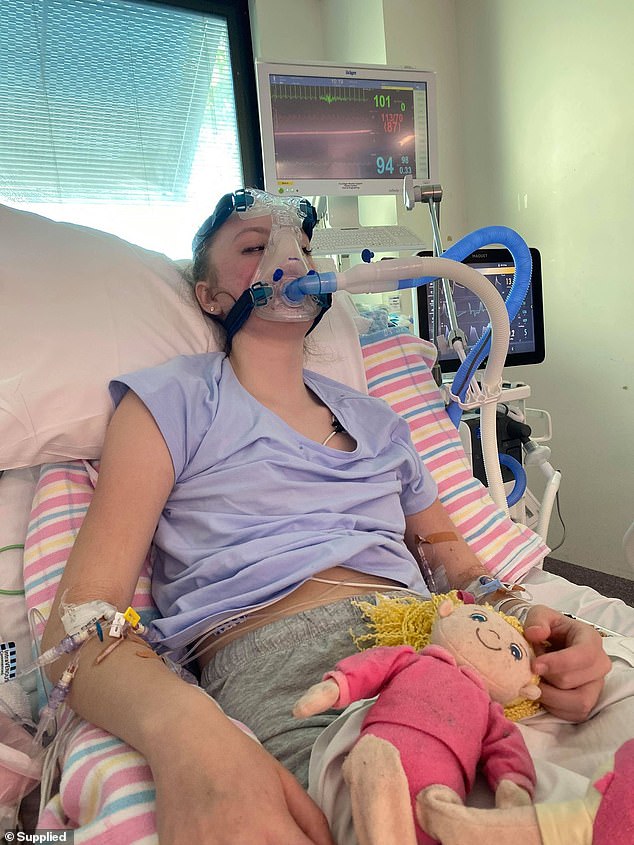 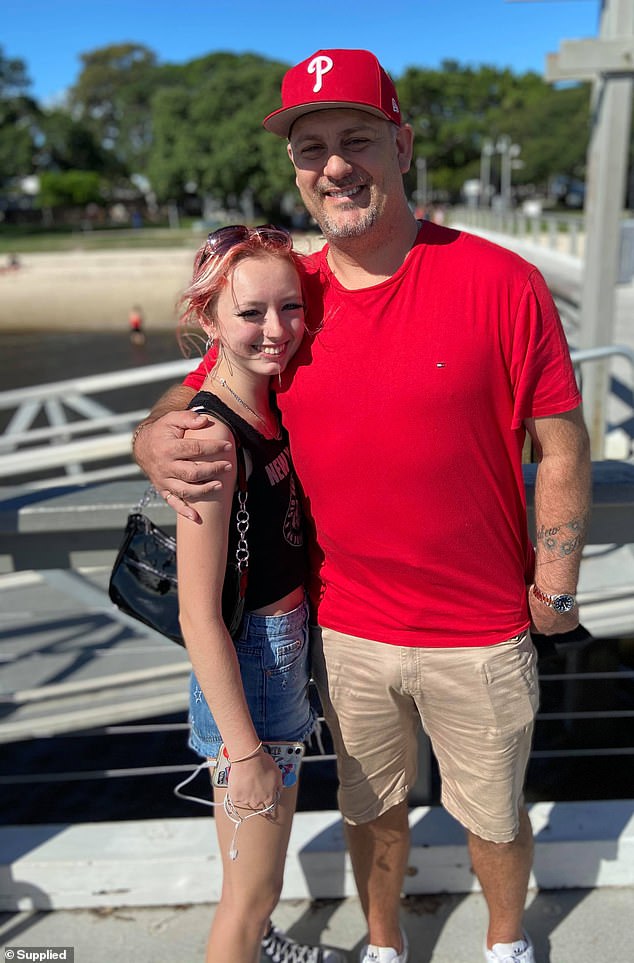 Dakota pictured left. doctors at Randwick Children’s Hospital believe she was suffering from a lung condition called EVALI that was first reported in the US in 2019

Her doctors at Randwick Children’s Hospital believe she was suffering from a lung condition called EVALI that was first reported in the US in 2019.

EVALI – which stands for e-cigarette or vaping product use-associated lung injury – is thought to be caused by vapes containing tetrahydrocannabinol (THC), a psychoactive substance also found in marijuana, and the additive vitamin E acetate.

Dakota’s mother Natasha Stephenson only found out her daughter had started vaping when she was admitted to hospital.

‘She was really sick,’ Ms Stephenson told Daily Mail Australia. ‘They took about a dozen syringes from her lungs to drain 250ml of fluid that had built up from the vaping.’

The teenager started vaping in early 2020 before moving onto nicotine cartridges and at her peak was smoking up to three times a day with her friends.

‘Sometimes it would be a vape every day,’ her mother said. 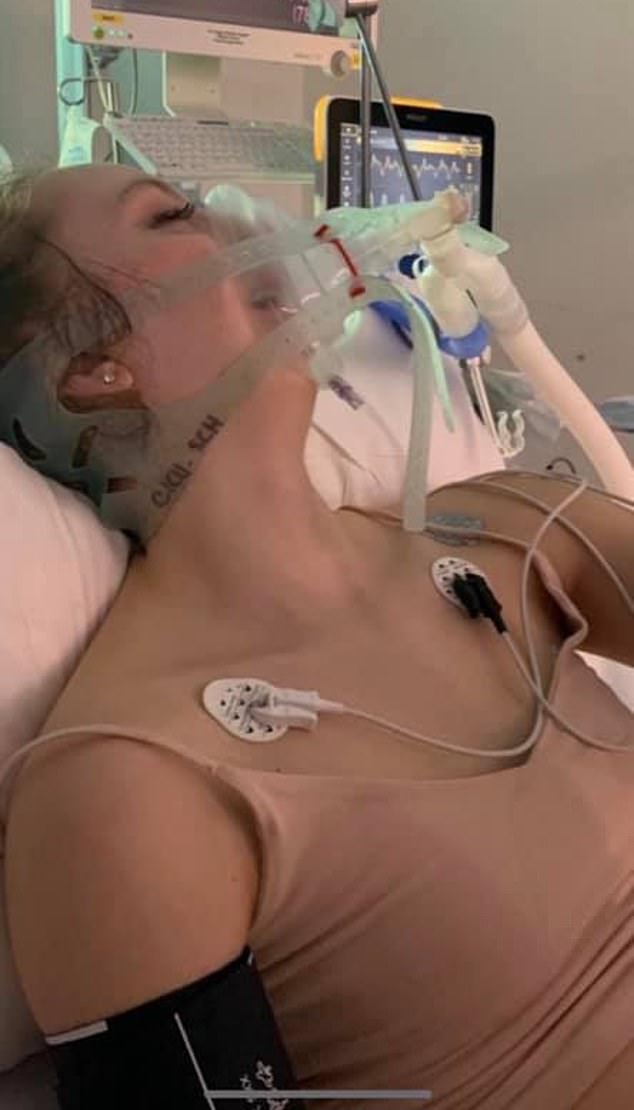 Dakota pictured in hospital. Her mother Natasha Stephenson only found out her daughter had started vaping when she had to seek medical attention

‘She would ask for $5 to buy snacks or go to McDonald’s after school, but little did we know she was saving that money up to buy nicotine cartridges.

‘The guy she was buying them off would get them in with different flavours like grape, strawberry and watermelon.

‘It’s basically a menu for kids.’

Ms Stephenson said she wanted e-cigarettes banned and called for Australian authorities to get tougher on manufacturers who put potentially harmful chemicals into their products. 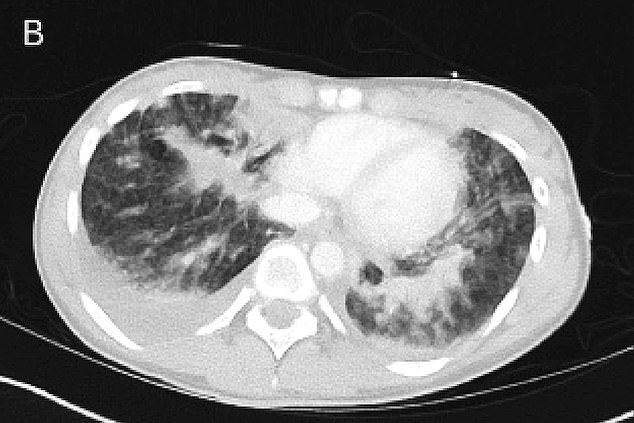 Pictured is a scan of the teenager’s lung, which was filled with fluid. Within hours of being admitted to hospital she was diagnosed with hypoxia – meaning her lungs weren’t getting enough air

‘I don’t see why Australia just can’t ban them from the market,’ she said.

‘You can also order vapes online though. It’s just too easy for young people to get their hands on them.’ 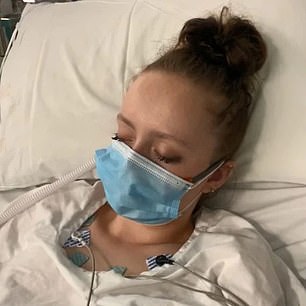 While Dakota was released from hospital after a week, abnormal growths called nodules were still appearing on her lung scans several months after her discharge.

‘They call them popcorn lungs – they eventually pop on their own. But if Dakota is running or doing PE she still gets out of breath,’ her mother said.

A respiratory expert said despite Dakota never using a vaping device that included THC, her case met all the obvious criteria of EVALI.

The Alfred Hospital Melbourne respiratory physician Eli Dabscheck said doctors may never know for sure what caused her lungs to fill with fluid.

‘There’s definitely risks from nicotine in terms of cardiac toxicity. It’s definitely not something I would want my children doing,’ he told ABC News.

Between March 2019 and February 2020, the US Centres for Disease Control and Prevention reported 2,807 hospitalised cases of EVALI.