Employers across the country are so desperate to bring in and keep members of Gen-Z , they are offering all kinds of perks to young staff following the Covid-19 pandemic.

Generation Z typically refers to those born between 1997 and 2012. The generation constitutes more than a quarter of the population on earth and is the most diverse generation in American history.

A New York Times feature published on Sunday mentions the new work environment that a company such as Lego has created in order keep staff from Gen-Z including the company’s first female master builder Danielle Ross content.

Ross, 26, told the Times that the Lego has embraced diversity in allowing employees to come to work with dyed hair, piercings and tattoos at their Legoland parks.

The policy is reflected in the types of building that Ross does with the miniature figures.

She said: ‘I’ve been building people of all different races and nationalities and religions and any type of thing I can imagine, because I want everyone to feel represented.’

Ross told the Times that she identifies as LGBTQ.

According to the Times, Lego has had these policies in place since late 2021.

The company is not alone. Health food delivery service Kencko offers six sessions with a therapist for free, not just for the employee, but for any member of their household. 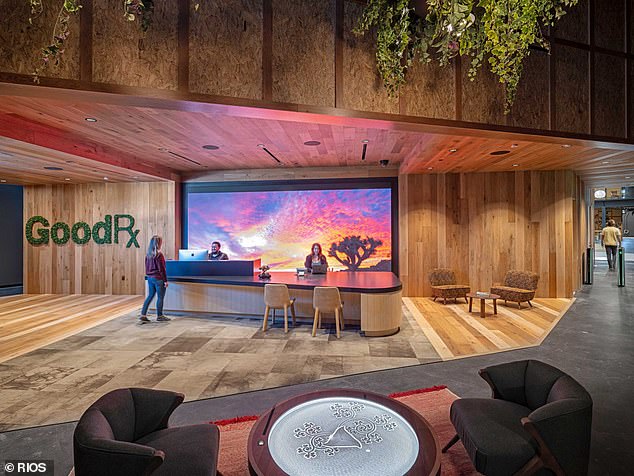 GoodRX, a company that scours pharmacies across the country in the search for cheaper prescriptions for patients, is allowing employees to work wherever they want in the US. 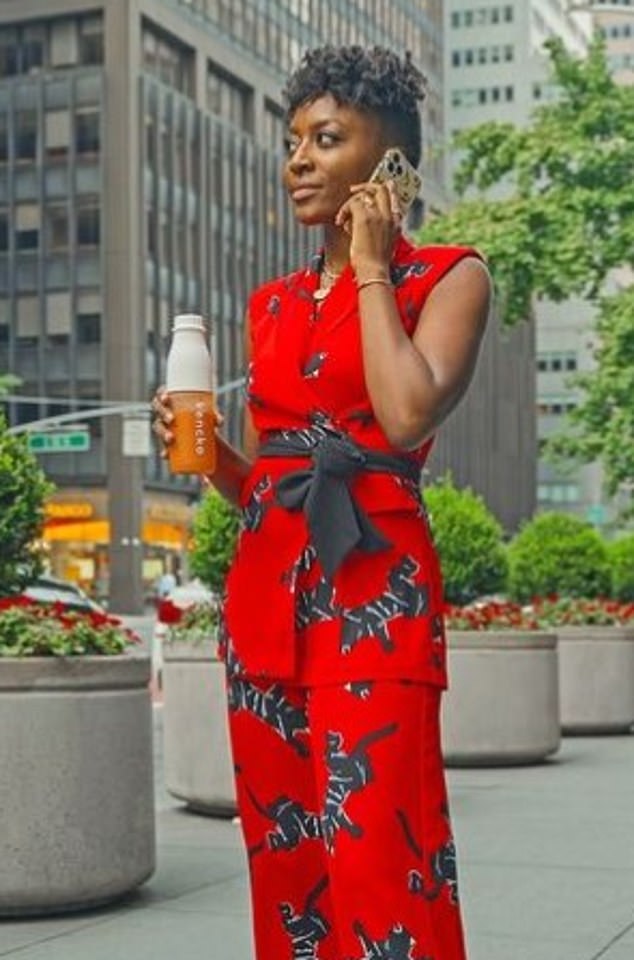 The Times reports that the four-day week applies to cooks, housekeepers and front-desk receptionists. The feature says that Sage found these roles the most difficult to fill in a post pandemic world.

Additionally, Sage also allows staff to bring their dogs to work with them. Del Olmo said: ‘A team member will take care of the dog if an associate has to clean a room or show a guest something.’

In 2021 the BBC reported that the trial of a four-day work week in Iceland was an ‘overwhelming success.’

The network reported that many workers in the country’s public sector had switched to shorter hours.

The BBC report goes on to say that Spain was trying a similar project while in the private sector, food giant Unilever had begun piloting a program over a four-day week with no reduction in pay in New Zealand.

GoodRX, a company that scours pharmacies across the country in the search for cheaper prescriptions for patients, is allowing employees to work wherever they want in the US. 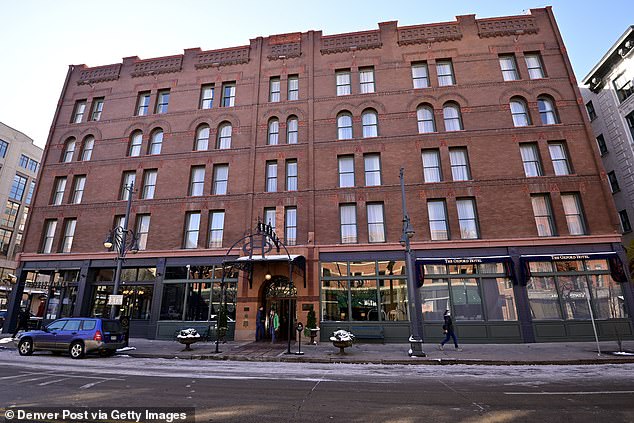 They have gone so far as to employ a company that can building makeshift offices anywhere in the country for staff.

New York City-based communications agency Le CollectiveM began offering staff access to a house in the Hamptons during the summer in 2022.

An employee, Sydney Brodie, told the Times: ‘I was already so local to the company but now I’m like, ‘Why would you look anywhere else?”

On top of the Hamptons home, Brodie says that she was also given a membership to one of the most exclusive clubs in Manhattan, the Soho Club.

Brodie said: ‘My company sees what I need as a person. They are giving me the tools to excel personality and professionally.’

Despite the perks, a 2022 survey from Career Builder found that the top priority for Gen Z workers was higher pay.

By comparison, a similar survey on millennials from Price Waterhouse Cooper in 2011 found that career progression was that generation’s top priority.

In a section on how to recruit members of Gen-Z on their website, recruiting agency Monster said that 53 percent of the group preferred going to an office rather than working from home.

A 2022 survey from Deloitte found that 40 percent of Gen-Zers would be likely to leave their jobs within the next two years with pay being the main reason. A third of those would be willing to leave without another job lined up.

Deloitte Global deputy CEO and chief people and purpose officer Micael Parmelee told CNBC that members of Gen-Z are ‘more empowered to ask for things. They have always demonstrated they are will to leave … and  they are expect more.’ 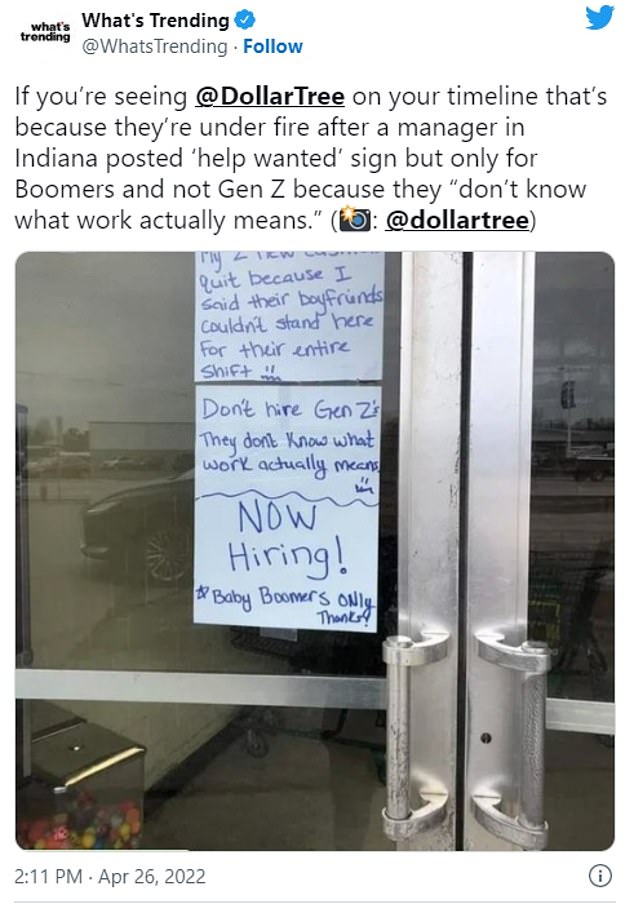 This Dollar Store in Bremen, Indiana, went viral in 2022 after posting a sign saying no members of Gen-Z need apply

Although not everybody is so keen to hire members of Gen-Z.

In April 2022, a Dollar Tree store in Bremen, Indiana, went viral after posting a notice on their front window saying that they would not be hiring anybody born between 1997 and 2012.

The sign read: ‘My 2 new cashiers quit because I said their boyfriends couldn’t stand here for their entire shift. Don’t hire Gen Z’s. They don’t know what work actually means. NOW HIRING. Baby boomers ONLY. Thanks.’

A 2021 poll from Fast Company-Harris found that 36 percent of ‘younger millennials’ and Gen-Z had suffered from age discrimination in the workplace.

Although ageism may be an issue, separate survey from Ten Spot, found that sexism, racism, pay inequality and bullying were all seen as bigger issues by members of Gen-Z in the work place than ageism.

In the United States age discrimination laws only kick-in for those above the age of 40.

Shaun Pinner, 48, and Aiden Aslin, 28, forced to lie they were terrorists in Russian proxy court