Turbines could get bigger blades and be made 65 feet taller to get around restrictions limiting onshore wind farm expansion.

Octopus Energy, who currently power more than three million UK homes and businesses, say they can provide electricity for a further half a million by reconfiguring or replacing up to 1,000 turbines, the Telegraph has reported.

The average height of an onshore wind turbine in the UK is currently 246 feet, according to RenewableUK, but the new plans could see them soaring well above 300 feet.

It comes as Rishi Sunak, who is in the running to become the next Prime Minister, said he wanted to ‘reassure communities’ that he would scrap plans to relax the ban on onshore wind in England, focussing instead on offshore turbines. 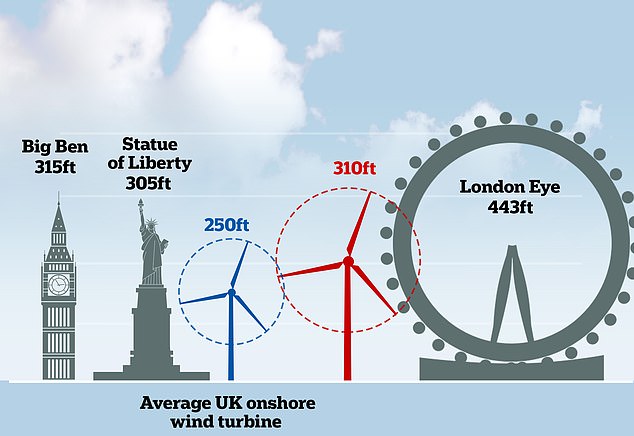 Repowering plans could see wind turbines increasing in height by about 25%, which Octopus Energy claims could help them provide electricity to half a million more households

Nearly 60 per cent of the UK’s wind power is currently generated by onshore wind turbines but installation has slowed since David Cameron stopped the technology from receiving subsidies in 2015.

Planning laws were also changed to give local councils tougher powers over whether onshore wind turbines were built in their areas.

Octopus Energy Generation’s chief executive Zoisa North-Bond said the company has teamed with turbine manufacturer EWT who will help them to replace inefficient machines, many of which are in the North of England, with more powerful models by 2030. 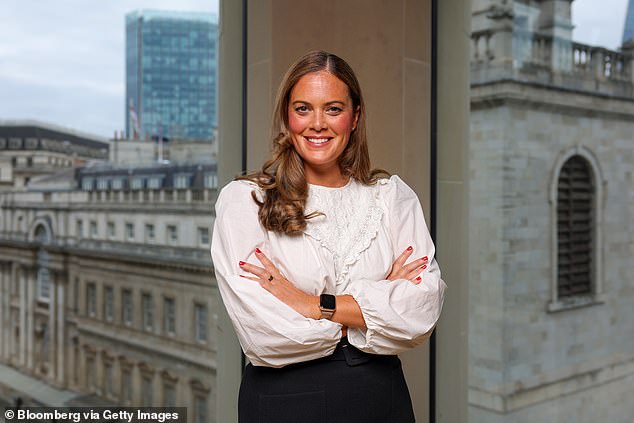 According to WindEurope, repowering can triple the electricity output of wind farms, which could be a big step towards boosting the country’s energy security.

Ms North-Bond added: ‘It’s something that could be really imperative to our onshore wind strategy if it’s difficult to build more given current planning restrictions.’

Octopus Energy said they will only go ahead with the repowering if nearby homeowners support the plan. 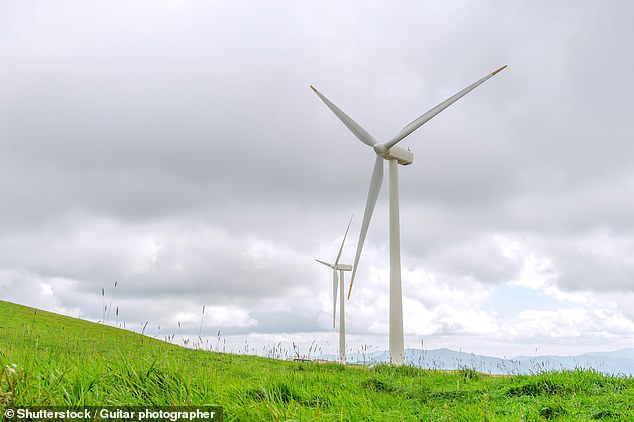 Nearly 60 per cent of the UK’s wind power is currently generated by onshore wind, with around 9,000 turbines across the country

While some fear the impact of bigger turbines on the rural landscape, these homes could be able to buy cheaper electricity when the wind is blowing hard, providing much-needed reductions to household bills.

Under its existing ‘fan club’ tariff, households living within five to ten miles of Octopus Energy turbines get discounts of up to 50 per cent on their electricity when it is windy. 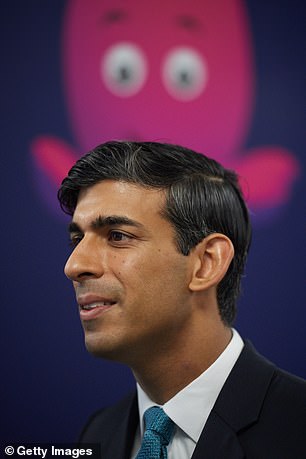 Leadership hopeful Rishi Sunak said he will not relax the ban on onshore wind in England. Pictured here at the Octopus Energy headquarters in October 2020

This deal currently only applies to customers in Market Weighton, Yorkshire and Caerphilly, Wales but the company has previously said it wants to spend about £4billion on introducing fan club projects around the world within the decade, half of which could be in the UK.

Ms North-Bond added: ‘There’s a huge untapped opportunity to repower wind turbines that communities have already hosted for many years.

Earlier this year Boris Johnson announced plans to increase Britain’s offshore wind power five-fold by the end of the decade but in its energy security strategy the Government said it would not introduce ‘wholesale changes’ to current planning rules for onshore wind.

However, last month Business Secretary Kwasi Kwarteng was reportedly considering plans to offer communities up to £350 off their annual energy bills if they agreed to a wind farm being built nearby.

A government source said: ‘There is potential for more onshore wind but it has to be done with community consent.

‘As part of that we do think it is right that communities should be offered a share of the financial rewards.’