Rules on shooting wild deer will be relaxed to control their surging numbers and protect trees.

In light of the soaring numbers, ministers are proposing to allow land managers to ‘cull male deer at any time during the year’. It will also allow shooting deer at night. Previously, male deer were protected during a ‘close season’ to allow their antlers to grow. Female deer will still be protected when they are caring for their young.

Ministers also said they were was concerned about the spread of muntjac deer, which eat ‘plants of conservation importance’. But the RSPCA said: ‘Deer “management” is largely a euphemism for culling.’ 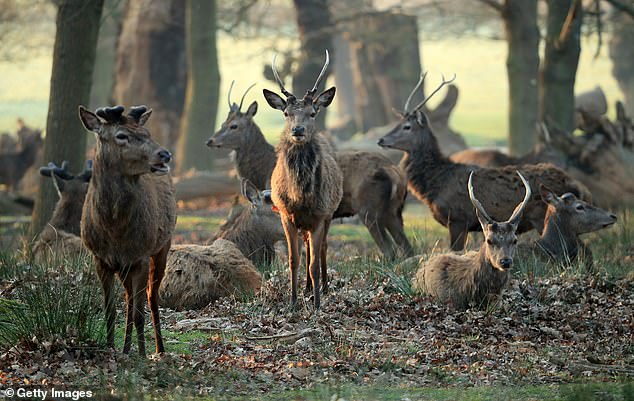 A new rule change will allow male deer to be hunted at any time during the year and at night, as the deer population hit two million 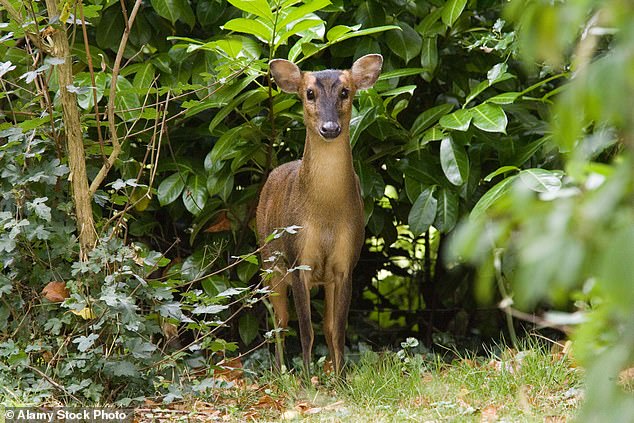 Ministers also said they were was concerned about the spread of muntjac deer (pictured), which eat ‘plants of conservation importance’

It added that in some areas where the public has access, deer have become nocturnal, making night shooting ‘particularly important’.

The government also said it wanted to encourage eating wild venison, which would result from culling greater numbers of the animals and would make small grants available to help businesses supply venison.

There are six species of wild deer in England. Red and roe deer are native; fallow, sika, muntjac and Chinese water deer are introduced species. Some areas have up to five species of deer.

The paper said that government plans to increase woodland cover in the UK would ‘exacerbate the spread’ of non-native deer species which would hinder tree growth.

Following the publication of the England Deer Management Strategy, the British Association for Shooting and Conservation’s head of deer management Martin Edwards said: ‘The government’s commitment to tackling the growing deer population in the UK is commendable. However, it will only succeed if it has the support of every deer manager, the majority of which manage deer on a voluntary basis.’

Superyacht includes gigantic greenhouse – perfect for billionaires who grow their own fruit and veg!