The UK is heading for interest rate rises after the private sector saw cost inflation hit another record high this month amid rocketing wage, fuel and energy costs for firms.

It came as growth in the private sector dipped only marginally as companies reported a continued increase in consumer demand.

The closely-followed IHS Markit/CIPS Flash UK Composite PMI report hit a reading of 57.7 for November, down from 57.8 last month.

Scores above 50 represent growth, while anything below that is a contraction.

The flash figures are preliminary and based on responses from most of the survey participants.

Chris Williamson, chief business economist at IHS Markit, said the survey’s latest findings could help usher in an interest rate increase next month after the Bank of England surprisingly decided to hold rates earlier this month. 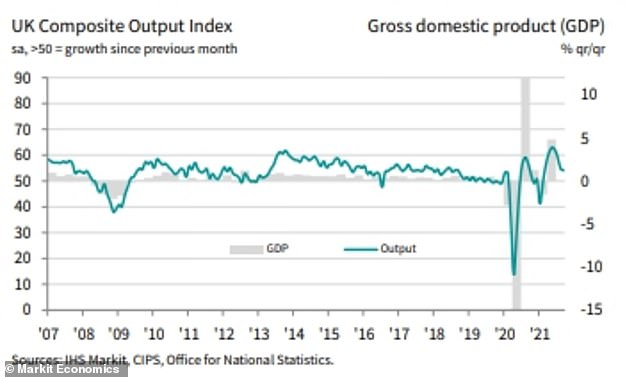 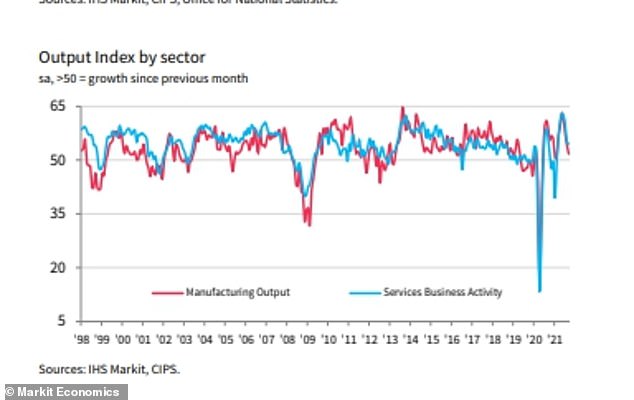 ‘Output growth across manufacturing and services came in slightly faster than expected in November, albeit heavily skewed towards the service sector as factories continued to struggle with supply shortages and falling exports.’

The UK’s services industry drove growth over the period, as it reported a 58.6 reading for November amid the strongest increase in new business since June 2018.

Despite recovering sales volumes, firms in the services sector said margins were put under pressure by the surge in input costs and a slower increase in prices charged to clients. 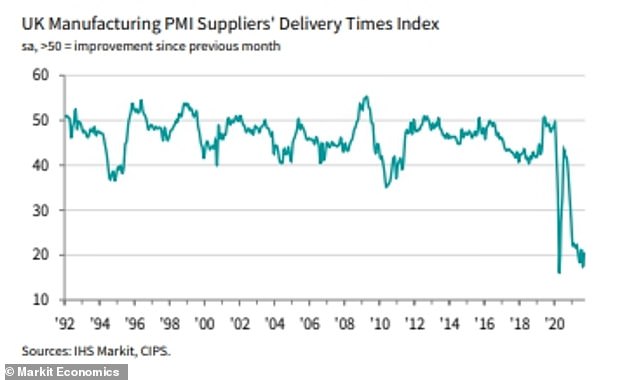 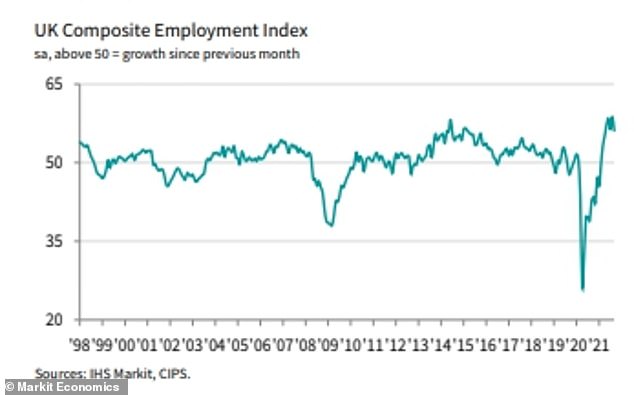 Meanwhile, the manufacturing sector saw growth improve but it remained comparably modest, with a 52.9 reading for the month.

The report highlighted that ‘severe shortages of materials and staff held back growth and led to escalating input prices’.

Duncan Brock, group director at CIPS, said: ‘Another survey record of rising costs for fuel and wage demands led to the highest inflationary pressures since January 1998 as 63% of supply chain managers paid more for their materials.

‘Shortages of staff and production stoppages due to a lack of supplies added to frustrations in the manufacturing sector as some machines fell silent.’

Tory alarm over ‘Poll Tax 2.0’ tax raid amid warnings it will hammer families