French authorities have opened an investigation into the president of Interpol over accusations of complicity in the torture and arbitrary detention of two Britons while he was a senior UAE interior ministry security official in 2018.

An investigating magistrate will have to decide whether or not Ahmed Nasser al-Raisi of the United Arab Emirates in his position as head of the global police agency enjoys diplomatic immunity from prosecution.

Matthew Hedges and Ali Issa Ahmad, from the United Kingdom, accuse al-Raisi of having ultimate responsibility – as a senior interior ministry security official – for the torture and arbitrary detention they say they suffered in the UAE.

Interpol’s headquarters are in the south eastern French city of Lyon, meaning al-Raisi could potentially be detained for questioning when he next goes to the office.

General Ahmed Nasser Al-Raisi, the UAE’s head of security forces who has been accused of torture, is standing to become the president of Interpol, the global police agency

British academic Hedges, said he was detained and tortured between May and November 2018 in the UAE, after he was arrested on false charges of espionage during a study trip.

He has sued four UAE officials – including Al-Raisi – for £350,000 in damages after allegedly being held in ankle cuffs, denied sleep and fed a cocktail of drugs.

The Britons filed the complaint under France’s principle of universal jurisdiction, which allows it to prosecute serious crimes even if they are committed on foreign soil. 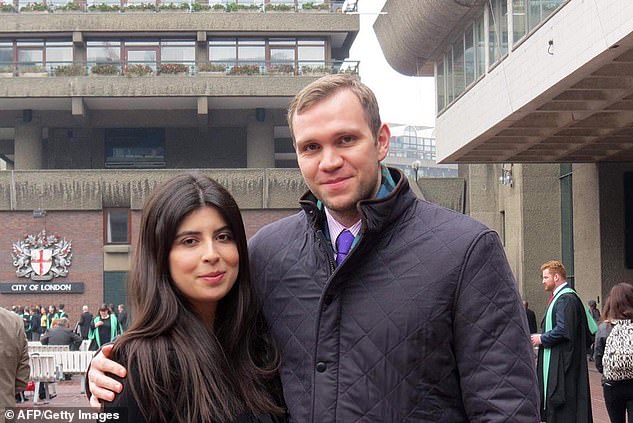 British academic Matthew Hedges, said he was detained and tortured between May and November 2018 in the UAE, after he was arrested on false charges of espionage during a study trip. He is suing Al-Raisi and three other officials for £350,000 in damages (pictured with his wife Daniela Tejada)

The case against al-Raisi, opened in late March, goes a step further than the torture inquiry opened against him by French prosecutors in November, over the detention of UAE dissident Ahmed Mansoor.

At the time, the UAE’s foreign ministry rejected the complaints over Mansoor’s detention conditions as ‘without foundation’. 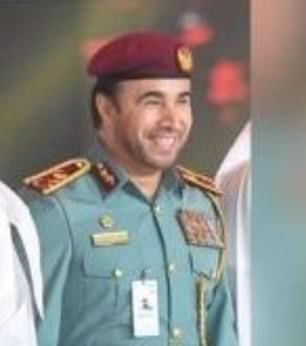 ‘Any legal complaint that may be filed with allegations against al-Raisi is without merit and will be rejected,’ the UAE foreign ministry added.

In the latest case, the inquiry is now in the hands of an investigating magistrate, a step that precedes the pressing of any charges.

Al-Raisi was a controversial choice when he was elected to the presidency of Interpol in November last year.

It was feared that putting him in the top job might signal to authoritarian states that using Interpol to pursue critics abroad ‘is okay’.

There were also concerns that the system of Red Notices – international arrest warrants put out by Interpol – might be abused by corrupt regimes targeting their political opponents.

In October 2020, 19 NGOs, including Human Rights Watch, expressed concern about the possible choice of Raisi, who they described as ‘part of a security apparatus that continues to systematically target peaceful critics’.

Cost of groceries is now 5.2% higher than a year ago

India’s Covid tsunami: should Australia let ANYONE in?