Where the Lions had so often fought and failed, the Lionesses came and conquered last night: England 2 – Germany 1.

More than half a century of disappointment had concluded in a manner that would have seemed inconceivable the last time England’s footballers lifted a major trophy at Wembley.

For the nation that invented the game – and has been banging on about ‘football coming home’ ever since – the final of the Women’s Euros is the greatest sporting triumph in the lifetimes of most of those lucky enough to witness it.

Within minutes, the Queen had saluted the achievement. ‘Your success goes far beyond the trophy you have so deservedly earned,’ the Lioness-in-Chief declared in a statement from Balmoral.

‘You have all set an example that will be an inspiration for girls and women today, and for future generations.’ 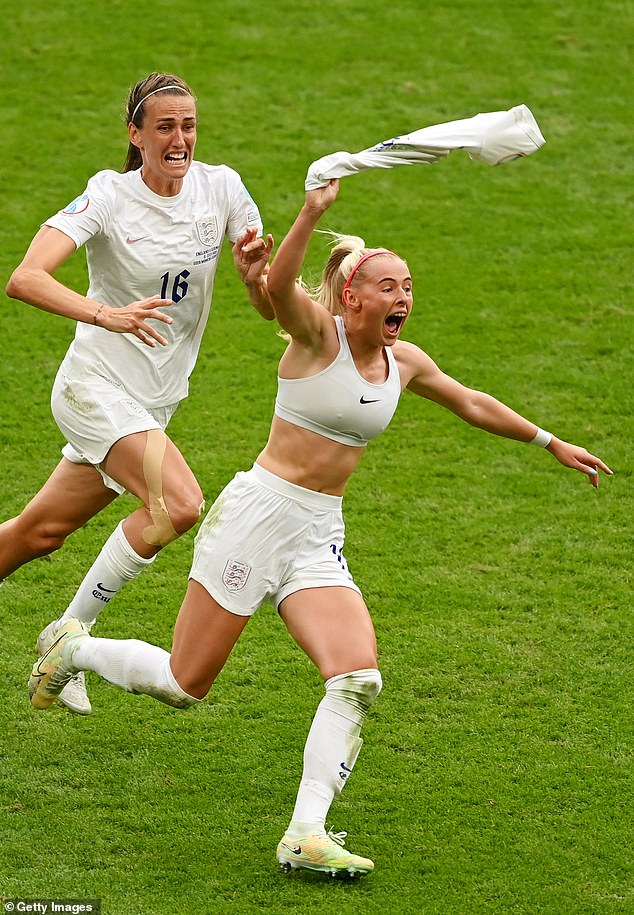 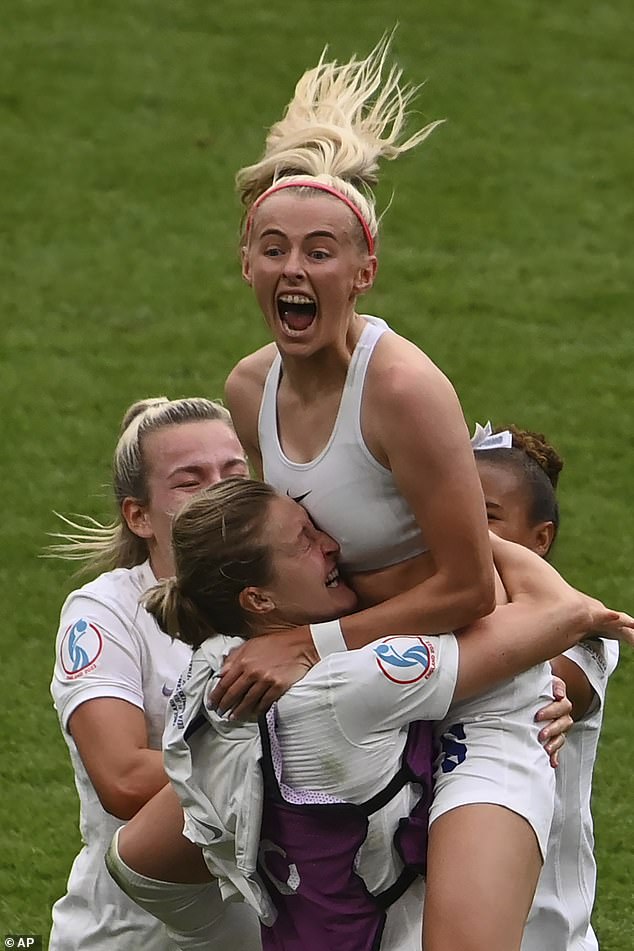 The game was saved from the seemingly ghastly inevitability of penalties by a winner from Chloe Kelly, whose shirtless celebration sprint around the touchline of a delirious stadium capped her moment in the history books.

This was genuinely inspirational stuff – for all ages and both sexes, too.

The Lionesses had trounced the titans of the women’s game – eight times champions, Germany were skippered by an ex-zookeeper.

Back in 1966, of course, Bobby Moore had received the World Cup and a handshake from the sovereign after beating the same oppo (they were called West Germany back then).

Last night, England skipper Leah Williamson received the Women’s Euro 22 trophy – and a hug – from the Duke of Cambridge.

Purists will insist that this is not really the end of English football’s trophy drought, that the only true holy grail can be lifted by a bloke; that this is only a European win; that the World Cup is all that matters.

They are entitled to their opinion. However, I would defy anyone inside Wembley last night not to have been utterly enthralled by the closing minutes of a game that managed to rewrite the seemingly eternal script of howling frustration for all England football fans. 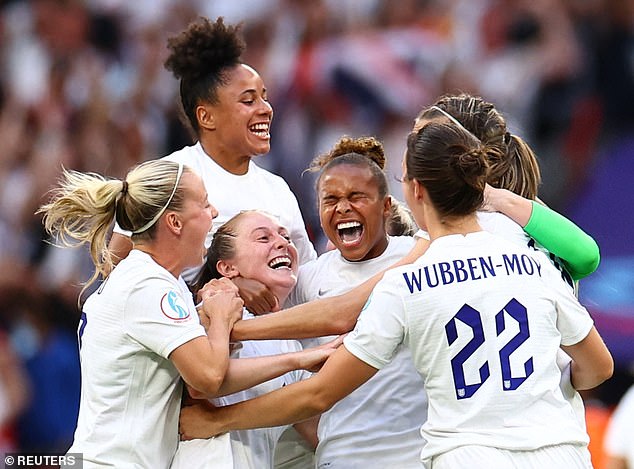 The Lionesses played in front of the largest crowd in the history of the Euros, men or women – 87,192 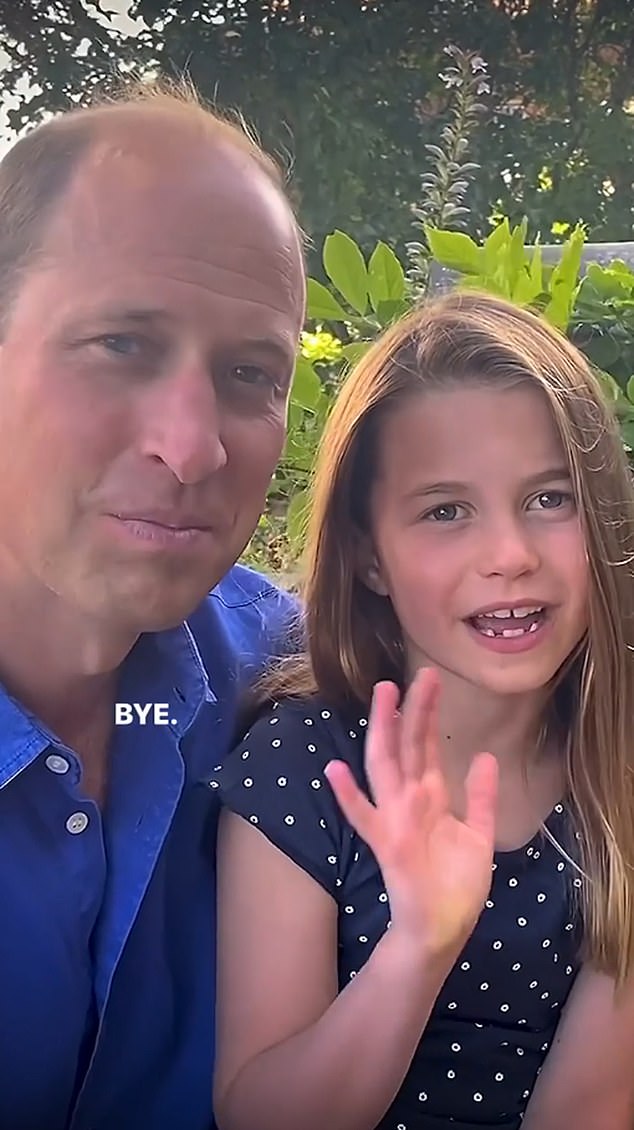 Never before have I heard that fate-tempting anthem, Three Lions, sung with the gusto it received as it went over the Wembley sound system within seconds of the final whistle last night.

‘Thirty years of hurt,’ went the lyrics when this anthem first went to Number One in time for the Euros when they were staged here in 1996.

I remember the hurt in the old Wembley Stadium that night when we crashed out in the semi-finals. To Germany of course.

And it kept on happening. We had clocked up the best part of 60 years of hurt by the time the game kicked off.

The sides had looked evenly matched. And the omens looked so very promising in the 62nd minute when the deadlock was broken by super-sub Ella Toone, breaking free to chip a fine pass from Keira Walsh over the German goalkeeper.

Just below me, an entire tub of popcorn flew into the air and then showered its contents over the crowd. Up in the royal box, the Duke of Cambridge leapt to his feet.

Germany barely flinched and, minutes later, hit the post. England’s slender grasp on the game lasted little more than a quarter of an hour until yet another German counter-attack took the game to 1-1 and thence, to the drearily familiar extra time.

But no. Not this time. Chloe Kelly saw to that, hilariously taking the mantle of sporting progress one step further by whipping off her shirt, as some of the more excitable men have done for the past few years.

And it all happened in front of the largest crowd in the history of the Euros, men or women, 87,192.

There is still something of the old-style FA Cup giant-killers about this squad.

Even the best-known Lionesses take home less than an also-ran in the lower reaches of the men’s professional game. It has been reported that the players will receive a winner’s bonus of around £55,000 each. This time last year, when the men’s team got to this stage, the bonus pot was said to be £1million a head.

That disparity will not change overnight but it will surely be much reduced this morning.

There were plenty of other differences, too – happily.

Again, some football purists will disapprove but, having been here for the men’s final last year, I can only say that this was a vast improvement.

Back then, the streets around this stadium were sticky underfoot, awash with beer (and God knows what else) as fans had to dodge their way through a hail of flying lager cans.

I saw a mob storm their way inside through an area for the disabled and then melt into the crowd while mounted police charged into action. On social media, a photo went viral showing one paralytic fan with a firework lodged in his posterior. It was a dreadful day followed by an equally dreadful match, with matching weather.

Yesterday was the polar opposite in almost every regard. Afternoon sunshine gazed down on streets devoid of litter, mess or a single pool of sick. I saw no more than a dozen cops. And it was not as if everyone was stone cold sober. The main fanzone had one long, good-natured queue for lager, at £6.95 a pint.

The behaviour in the stands was impeccable. Not only was there no booing or hissing during the German national anthem but it was applauded at the end. There was even a cheer for the referee when it was announced that Kateryna Monzul was from Ukraine.

The German fans, for their part were similarly sporting. I noticed no empty seats at their end after the final whistle as England celebrated. They stayed there to applaud the winners.

The crowd was not just more female than a regular men’s final but very much younger, too, with many more children, reflective of the absence of yobbery, the cost of tickets (£25 in some cases) plus a more user-friendly 5pm kick-off.

I met the entire Gibson family from Essex who had bought their tickets a year ago, with no certainty that England would be in the finals.

However, Mum, Clare, plays in defence for county league Stanway Rovers, elder daughter Zara, 14, has joined the youth squad at AFC Sudbury and youngest, Bada, ten, was the only girl in her primary school’s football team last season.

The only odd one out was Dad, Howard, who doesn’t play for anyone.

On the flipside, all this niceness did make for a less gritty ambiance during the longueurs. There were cheers for every free kick in England’s favour, jeers for those that went against but there were moments we could have done with something more passionately partisan than dum-de-dum ‘Eng-land!’

I did yearn for a spot of ‘Who ate all the pies?’ irreverence and some proper chants.

Minor quibbles. This was a sensational night for English – and indeed British – sport, conducted in precisely the sort of spirit we so often lament for its scarcity.

Now, can the Football Association remember where they parked that open-topped double-decker bus back in 1966?