First Lady Jill Biden defended her husband and his administration’s performance in an interview published on Tuesday, saying she wished voters could see just how hard he was working on the problems facing the nation.

President Joe Biden’s personal standing has been battered by crisis after crisis, from the botched withdrawal from Afghanistan to inflation and high gas prices.

This week it fell to 38 percent, according to Gallup, marking a new low.

Jill Biden leapt to his defense, saying he was in power during a ‘tough time in history’ before reeling off his achievements.

‘Sometimes it feels like we’re pushing this boulder up the hill, but progress is being made,’ she said in an interview with Real Simple magazine.

‘Joe’s been in office for, what, 18 months now? And everybody has access to vaccines.

‘We got the schools reopened — thank God we all got off Zoom — we got health care, we got money for broadband so underserved kids can have internet.

‘I don’t want to sound like a political ad, but we have done so much. Gas prices are a huge issue, and Joe is, every single day, on the phone talking to leaders about gas and oil.

‘These problems are coming so fast and furious, and certainly a lot of it is dark, like you said.

‘But I wish people could see more of what Joe has accomplished and how hard he’s working.’ 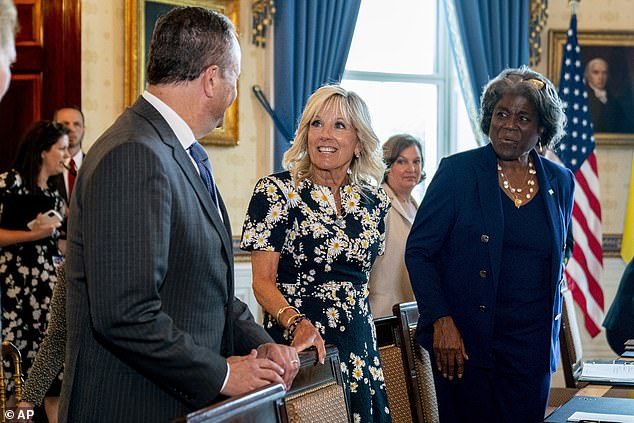 First Lady Jill Biden defended her husband in a magazine interview. ‘I wish people could see more of what Joe has accomplished and how hard he’s working,’ she said 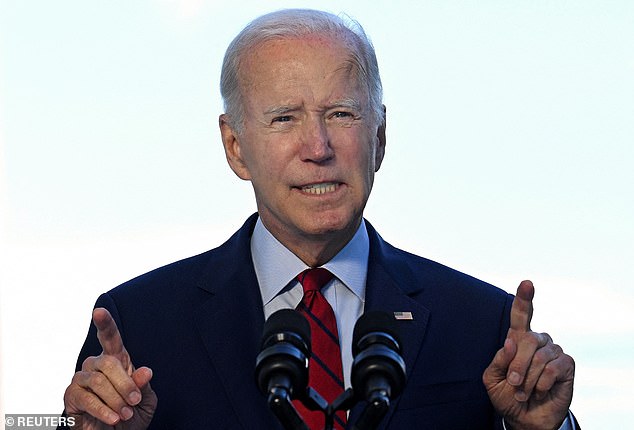 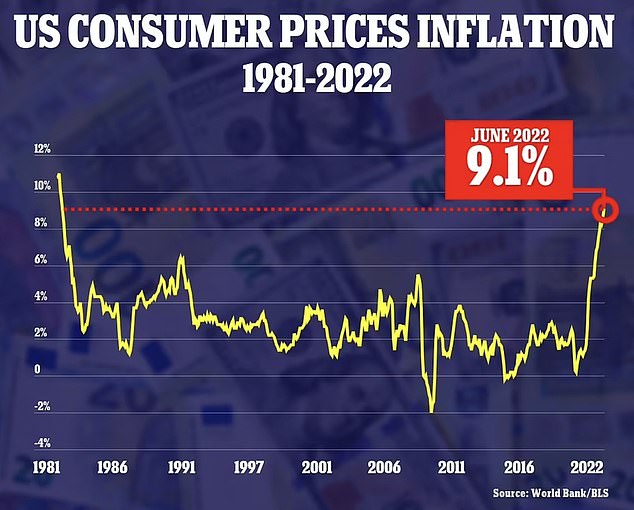 Biden’s reputation has been battered by a 40-year high for inflation, which reached 9.1 percent in June as prices continue to rise

Frequent changes to the White House press office – the first lady’s own press secretary is one of the latest departures – suggest senior figures share her view that the message is not getting out to voters.

And it comes during a good week for Biden. On Monday, he was able to announce that the U.S. had killed Al Qaeda chief Ayman Al-Zawahiri with a drone strike.

This week, his popularity fell below 40 percent for the first time in Gallup’s presidential approval poll.

Even before that, his sixth quarter rating of 40 percent was the lowest on record for a president at the same stage of his presidency – worse even than Jimmy Carter and Donald Trump.

Jill Biden insisted her husband was the right person for the times.

‘He’s steady, he’s strong, he has wisdom, he knows politics, and he knows where he wants to take the country,’ she said.

She also said that her husband would not give up on trying to introduce universal pre-K provision. His life story, she added, meant he understand how important it was to support families. 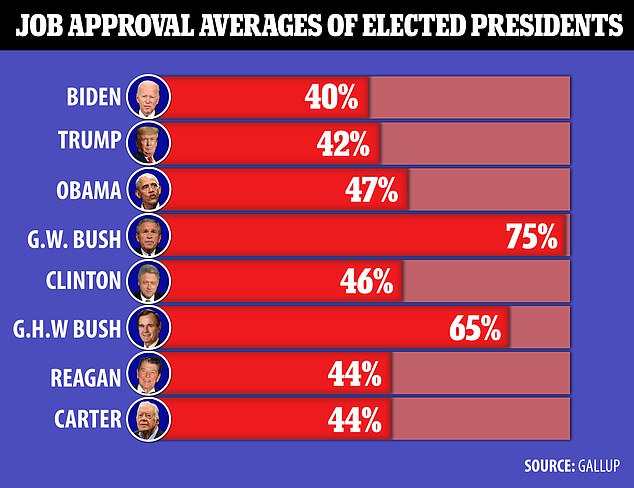 President Joe Biden continues to see his dismal polling numbers get even worse, with his average through the first six quarters of his presidency the lowest in history

‘He knows how hard it is. He was a senator, and he had his mother helping him out, but there were the parent-teacher conferences, the games, his job.’

That meant he would keep fighting for better help for families, she continued.

‘He keeps pushing it, but Congress has got to step up,’ she said.

‘The House passed the subsidized childcare and his universal pre-K bills, but the Senate did not.

‘I don’t understand why it wasn’t instantly voted in. Joe’s not going to give up.’

She also offered her tips for a long marriage, and the role of Post-it notes in running her home and relationships.

They also have dinner together – without phones or TV – whenever they can.

‘You have to work in any relationship, but especially in marriage,’ she said.

‘It’s not always 50/50. Sometimes you lean on him, sometimes he leans on you.

‘Sometimes he’s super busy and I have to pick up a lot of it, or vice versa.

‘The goal is that we’re not in the same place at the same time, so we can count on one another when we need to.’

Robotic SURGEON to be tested aboard International Space Station in 2024

Shereen Kumar: Inside the life of the dog walker charged with brutally killing his model girlfriend