A jilted woman embarked on a foul-mouthed hate campaign after discovering her toyboy lover was expecting a child with her glamorous next-door neighbour.

She was eventually arrested after Miss Douglas-Riley – a former Miss Manchester finalist – told police Boardman had threatened her with an axe in her back garden saying ‘I am going to kill you with this.’ 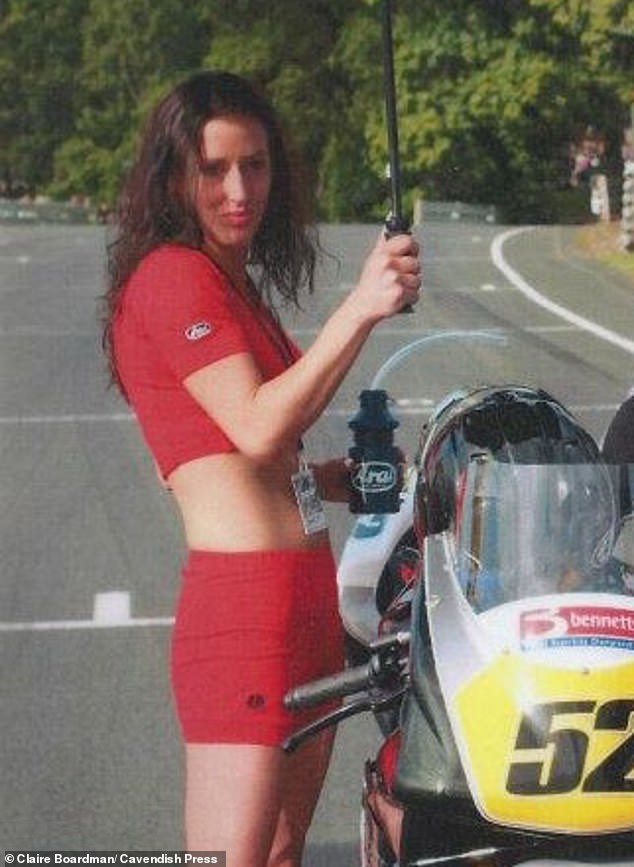 Claire Boardman, 44, (pictured in her younger years) embarked on a foul-mouthed hate campaign after discovering her toyboy lover was expecting a child with her glamorous next-door neighbour 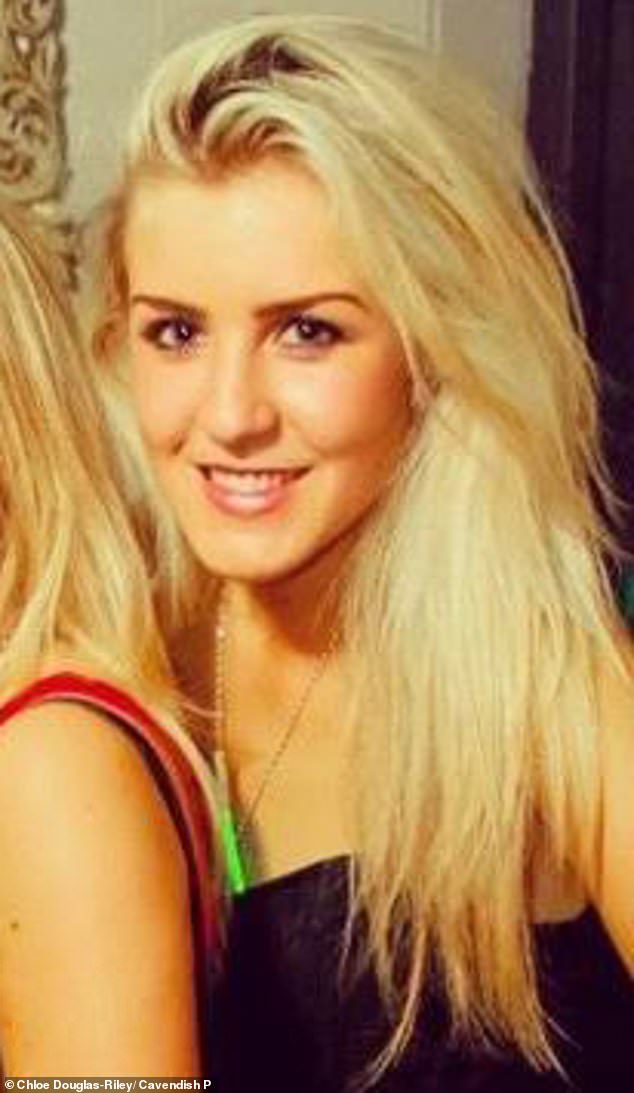 Bar manageress Chloe Douglas-Riley (pictured) was called a ‘bitch’, a ‘slag’ and a ‘c***’ by her neighbour after she found out her live-in boyfriend moved in with her 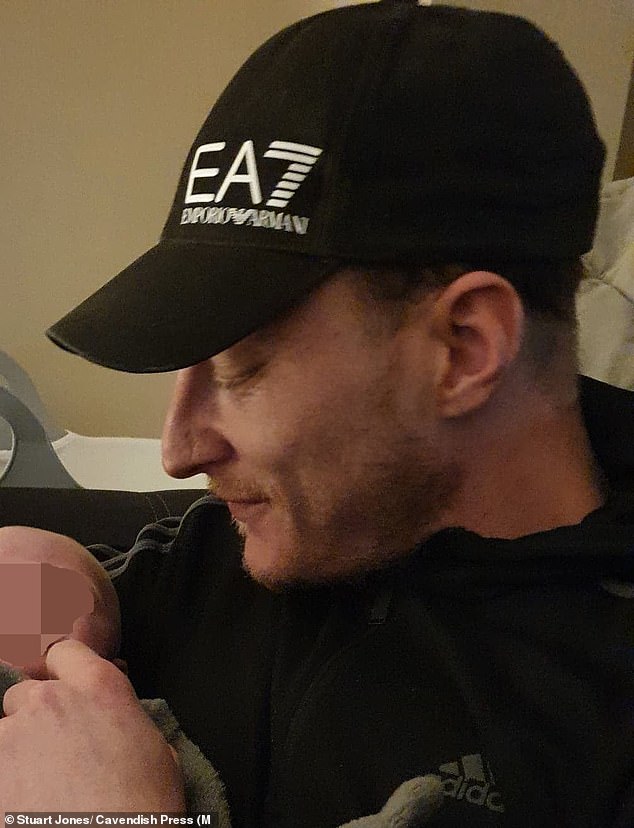 Stuart Jones, 33, (pictured) has since moved away and had a baby with victim Miss Douglas-Riley

Miss Douglas-Riley, who also runs a dog walking business and cleaning firm, has since moved away and had a baby with Mr Jones.

The court heard the pair had initially been in cordial terms in the village of Bollington, Cheshire after Miss Douglas-Riley moved to the street in October 2020.

But trouble began when Jones set up home with Boardman in a rented terraced cottage called Toad Hall the following December.

He quickly caught Miss Douglas-Riley’s eye whilst they were outside by chance in their adjoining gardens.

When news of their affair and subsequent pregnancy broke, Boardman was said to have yelled comments over their adjoining back yard wall saying: ‘Just you wait, they are coming for you. You are dead’ and ‘You just wait and see, I’ve ordered it.’

In another alleged incident on May 31, Boardman was said to have knocked at Miss Douglas-Riley’s front door then tried to push her way in, saying ‘Let me in or I will kill you.’

On June 7, Boardman was seen from a bedroom window cutting back bushes in a car park at the back of their houses, swinging an axe while swearing and shouting.

A large kitchen knife was also seen on a wall. Miss Douglas-Riley claimed that when she went into her garden 30 minutes later to smoke an e-cigarette, Boardman, who was still in the back chopping at the bushes with the axe, glared at her and threatened her, leading her to call 999.

In her evidence Miss Douglas-Riley said: ‘I was terrified. I was totally unaware of what her capability was. I did not know her particularly well and I was very worried.

‘Parking and entering and leaving my premises became quite a concern for myself. It has had a negative effect on my mental health which I struggled with and I was also pregnant at the time.

‘It was just very difficult. I was scared to leave the house. I did not know what she was capable of doing.’ 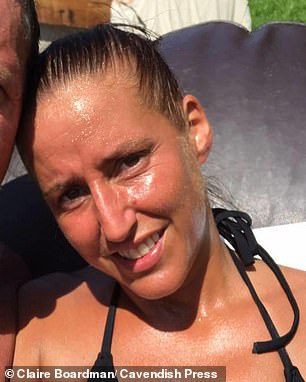 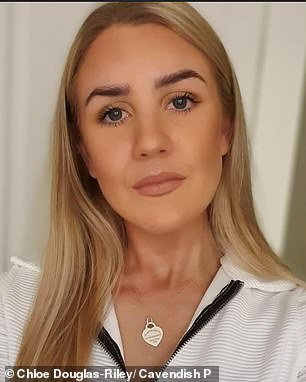 At Stockport Magistrates Court,  Boardman (left) admitted harassing Chloe Douglas-Riley (right) but was cleared of making threats with a bladed article and possession of a bladed article in a public place 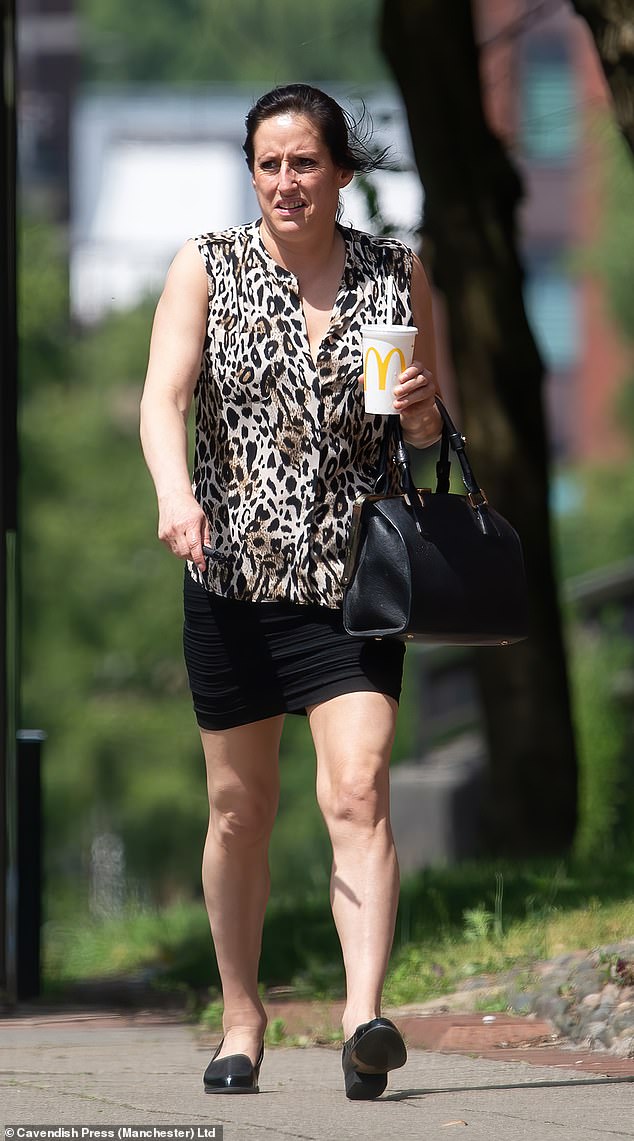 Jilted mother Claire Boardman (pictured outside court) admitted guilt and said: ‘I admit I was not very nice sending those messages, calling her a slag and other names, but I was angry’

She even refused to accept that Boardman and Jones had been in a relationship adding ‘Having had a conversation with Stuart himself, and multiple of his friends I believe that their relationship was not a cohabiting relationship so to speak. But she did not like the fact that he came and started to see me.’

She claimed she had seen Boardman ‘toing and froing’ as she removed branches from the bushes, shouting and sweating as she was stung by nettles. She then said Boardman saw her and ‘glared’ before saying: ‘I will smash your head in. You, you bitch.’

She told the hearing: ‘I was scared for my life. It had been going on for months.’

In giving her evidence Boardman said she’d met Jones just before Christmas 2020 through mutual friends and that he had been looking for somewhere to stay.

She said: ‘I said he could stay in my spare room for a bit and we ended up together.

‘But it was around March that he told me he was leaving and subsequently moved in next door. I found out via a friend of his who said he wanted to end the relationship. I was upset about it but it was his decision.

‘I was hurt and a bit upset that it was in my face everyday.’

Boardman said when her landlady heard that Jones was living with her, she was issued with an eviction notice and, as a result, had been demanding her make a contribution towards his keep. 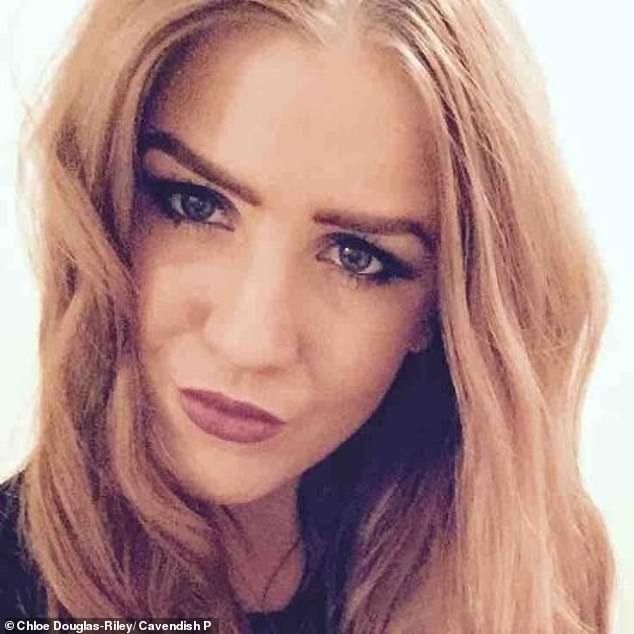 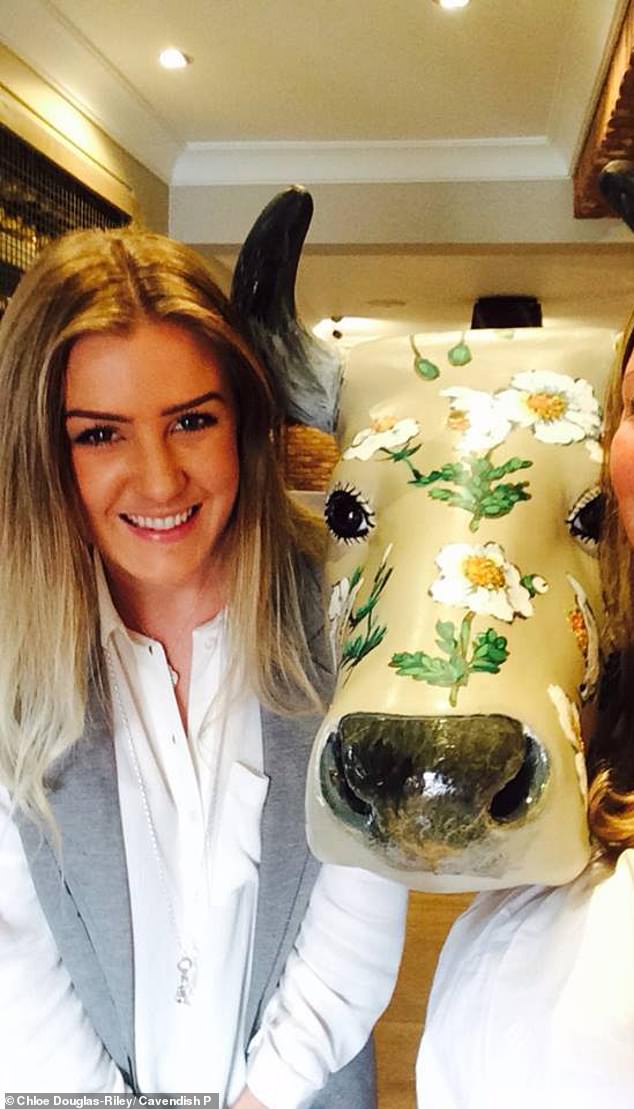 Chloe (pictured) claimed that on one occasion her neighbour Boardman, who in the garden chopping at bushes with an axe, glared at her and threatened her, leading her to call 999

She added: ‘I felt used, hurt and angry that I was going to lose my home of many years where I had brought my son up. I admit I was not very nice sending those messages, calling her a slag and other names, but I was angry.

‘I probably did not word them correctly. I was not the kindest but I was getting desperate. I was basically just saying, ‘cough up’ but I was not getting anywhere with it.’

‘I was fighting to keep my home and I was shocked when police came up.’

Boardman was conditionally discharge for two years and was ordered to pay £129 in costs and a victim surcharge.

Chairman of the bench, Martin Drake said: ‘You have accepted wrongdoing and have shown remorse for that. You admit it in open court that what you did was not very pleasant and you were sorry for it. Before this harassment conviction you were a lady of previous good character. We have taken that into account.’

An application for a restraining order against Boardman was refused.

Victoria could go into lockdown TONIGHT as Covid outbreaks hits 13