The highly-anticipated heavyweight fight between Paul Gallen and NRL star Josh Aloiai has been cancelled after the Manly Sea Eagles front-rower tested positive to Covid.

The highly-anticipated heavyweight fight between Paul Gallen and NRL star Josh Aloiai has been cancelled after the Manly Sea Eagles front-rower tested positive to Covid.

Aloiai later tested positive is now being treated for the illness and will not be able to headline the fight at the Newcastle Entertainment Centre as planned.

It is unclear whether Aloiai is vaccinated. The NRL is still working to immunise teams ahead of the 2022 season, with between 10 to 15 players still yet to get the jab. 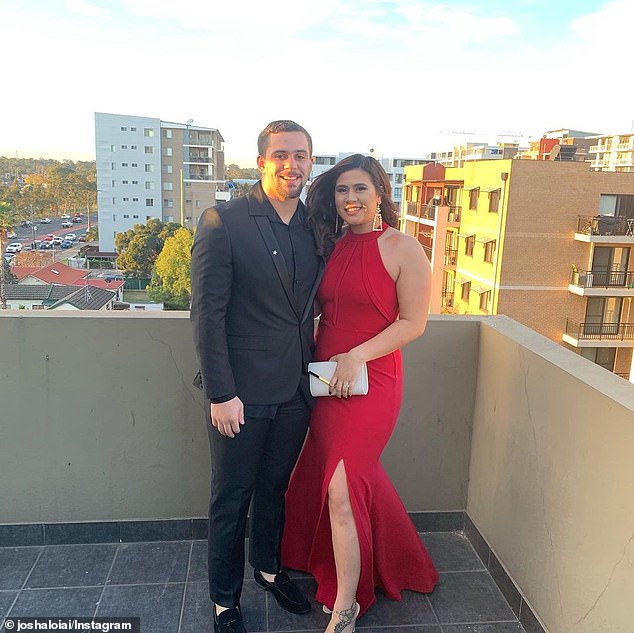 Promoter Matt Rose is aiming to postpone the match for January, but it remains unclear whether or not the fight will be able to go ahead due to Aloiai’s football commitments.

‘Health and safety comes first with the boxers,’ Rose said.

‘Still the news is pretty devastating. Gal has trained so hard for so long.

‘He had an awesome card with the pro debut of Harry Garside.’

Rose said he will re-evaluate what options are available over the few days, but it seems likely he will have to tee up another opponent for Gallen.

It is understood Aloiai is the first NRL player to have contracted the virus. 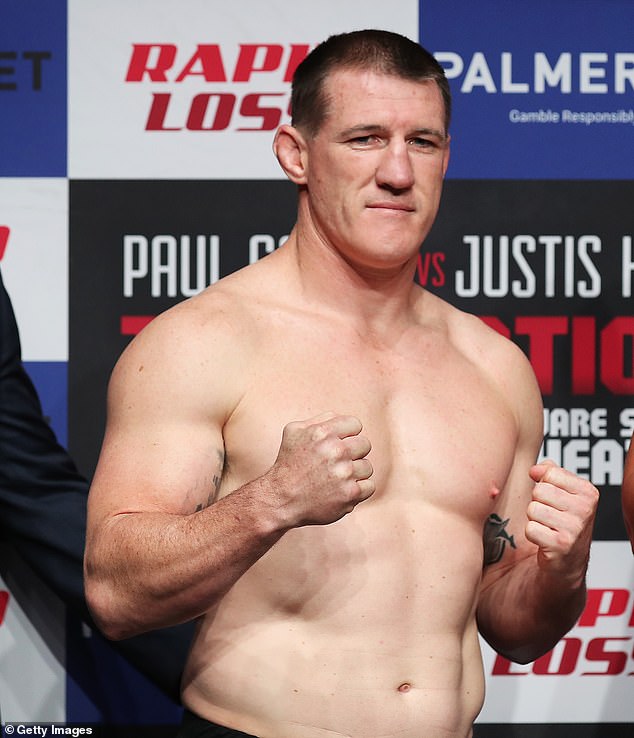 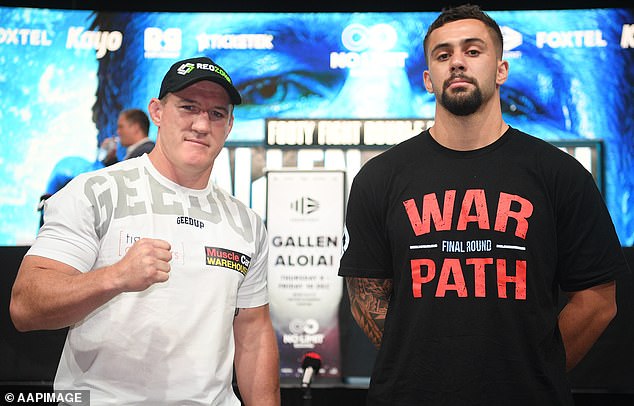 Above, Gallen (left) and Josh Aloiai (right) face off following a press conference on November 8 for their now-cancelled bout

The league is still rolling out mass vaccinations ahead of the competition kicking off on March 10. Officials expect less than five players will refuse vaccinations.

Players who choose to remain unvaccinated will be subjected to NRL bubble restrictions while travelling during the upcoming season.

The scrap would have been Gallen’s first fight since his only professional loss against Justice Huni in June.

Glamour model and former WAG Arabella Del Busso was set to make her professional boxing debut in an undercard fight with British runway model, Kate McLaren, ahead of the Aloiai -Gallen match.