A Judge has slammed the ‘enormous drain’ on taxpayers caused by drug-issues at music festivals – after revealing one four-day event needed 693 officers to police it.

David Bemrose, 33, had attempted to smuggle cocaine and ecstasy concealed up his bottom into Creamfields Music Festival – a popular summer four-day dance event in Daresbury near Warrington, Cheshire.

Sentencing him, frustrated Judge Patrick Thompson told Bemrose that going to ‘the biggest drug festival in Europe’ after going to rehab for cocaine use, was ‘not the best idea’.

He also blasted the amount of police officers and expensive taxpayer-funded resources required to tackle drugs misuse and dealing at the dance music festival.

Referencing the ‘enormous drain’ on the resources of the Cheshire taxpayer, Judge Thompson added: ‘It is quite an operation to try and tackle this issue.’ 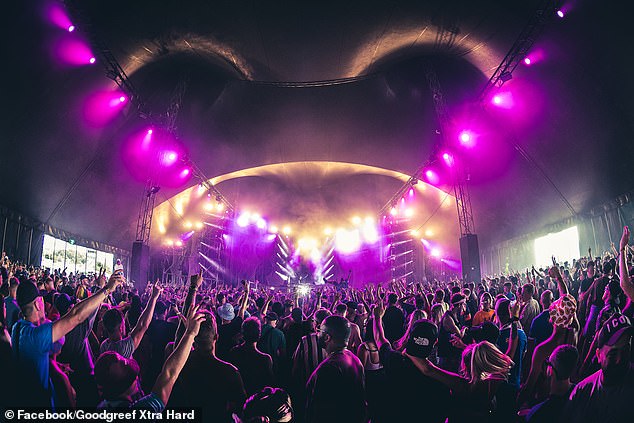 David Bemrose, 33, from Cheshire, was sentenced to two-and-half years in jail for trying to smuggle in cocaine and MDMA concealed up his bottom into Creamfields Music Festival

The judge went on: ‘Those who involve themselves in the traffic of class A drugs at this festival must understand that when they are caught, they will face significant punishment.

‘In past years, people have lost their lives at the festival and suffered serious injuries from taking class A drugs.’

At last Thursday’s sentencing prosecutor Clare Jones told the court how the offences took place at around 2.30pm on Saturday, August 28 last year.

She said that Bemrose, of Lymm, Cheshire, had various bags of drugs up his bum which were concealed in balloons.

He admitted possession of the drugs and said some were for himself and that he would be giving a quantity to his friends. 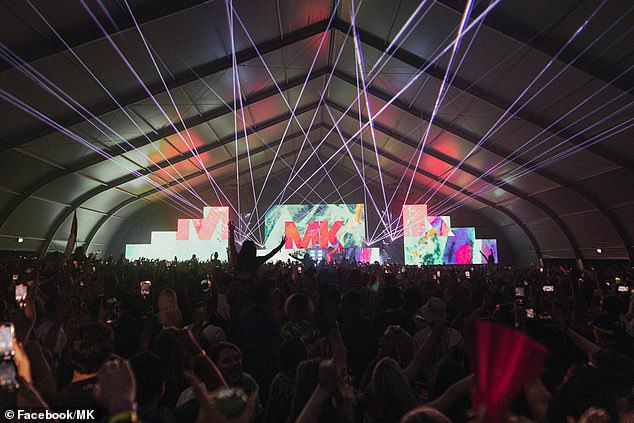 But Ms Jones said that Bemrose only admitted to this after passing various signs which warn festivalgoers of the consequences of taking in drugs, several amnesty bins and posters. As well as a warning on the tickets.

She also said that when his phone was analysed, there were messages referencing he was ‘sorting everyone’s drugs’.

The court heard how Bemrose has no previous convictions.

Defending, Gareth Roberts said: ‘He has pleaded guilty to what we all know are very serious offences.

Mr Roberts said that Bemrose knows he has brought ‘shame’ and ’embarrassment’ on his family and is remorseful.

Referencing the messages on Bemrose’s phone, Mr Roberts said that this was just ‘banter’.

He also told the court that Bemrose has ADHD and before Creamfields had been to rehab to tackle his cocaine use.

But as he sentenced him for two-and-a-half years Judge Thompson quipped: ‘It seems to me that it is probably not the best idea to come out of rehab and go to Creamfields Music Festival – the biggest drug festival in Europe.’

He also said that it is ‘quite clear’ Bemrose’s intention was to ‘make money’ and ‘take drugs’ at the festival and that Bemrose ignored ‘sign after sign’ and all of the amnesty bins.

Rave event Creamfields returned in August 2021 after a year off when cancelled by Covid – and it was the first major music festival Cheshire hosted since before the first lockdown.

Afterwards Cheshire Police announced a total of 29 arrests and a further 27 people were to be dealt with criminally after being removed from the site.

Superintendent Simon Parsonage said at the time: ‘At its peak almost 70,000 people attended and considering the numbers it’s fair to say that crime and levels of disorder were low.

‘People were in good spirits clearly revelling in the opportunity to enjoy events of this nature again after previous cancellations because of the pandemic.

‘This year we had an increased presence with officers from Project Servator in attendance. This team’s aim was to disrupt a range of criminal activity while providing a reassuring presence for the public.’

Project Servator is a national operation that works with partner agencies, including other police forces, businesses and the public, to continue to protect people and to make it difficult for criminals and terrorists to operate.

Superintendent Parsonage added: ‘We recognised that dance festivals of this nature tend to be associated with increased prevalence of drugs.

‘By working with other agencies in the run-up and during the weekend we have sought to address this. We had in place a clear surrender policy followed by targeted searches at all entrances.’

Police and Crime Commissioner for Cheshire, John Dwyer, said last summer: ‘Creamfields is one of the biggest events we host here in Cheshire, and although a small minority of people didn’t adhere to the rules, it was great to see the event ran well.

‘I want to take this opportunity to thank all of those who were involved in policing the event. It’s nice to see more normality returning as the UK continues to navigate through the coronavirus pandemic.’