Vice President Kamala is stepping up her media presence through pre-arranged TV interviews, with plans to win chits with elected Democrats through campaign appearances leading up to the 2022 elections following staff turnover.

Like President Joe Biden, Harris has a negative approval rating – she was at 40 per cent approval and 53 per cent disapproval in the latest LA Times poll.

After a series of staff departures and the arrival of Jamal Symons as her new communications director, and some moves are already taking shape.

Harris had a prominent place at President Biden’s side for two recent major speeches. The flew with him to Atlanta for his speech on voting rights – taking separate planes, as is normal for security reasons. 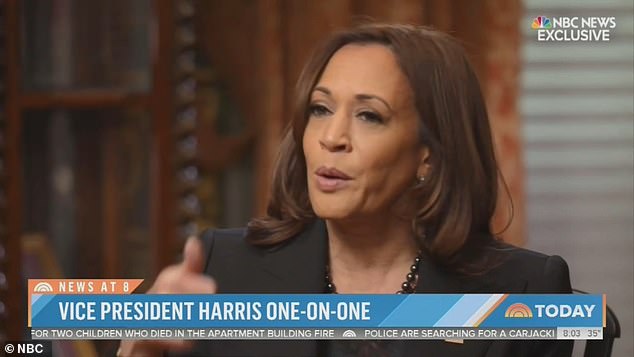 She also delivered her own fiery speech on the topic, having been named his coordinator on the issue.

Harris is ‘mulling’ a higher media presence, the Washington Post reported.  The former senator, who did not complete her single term after Biden selected her, is also planning an active campaign schedule.

A total of 26 House Democrats have already said they plan to retire, and Democrats face an uphill battle in maintaining their House majority. Aides hope the activity by Harris ‘will revive Democrats’ faith in her political skills and popular appeal,’ according to the paper. 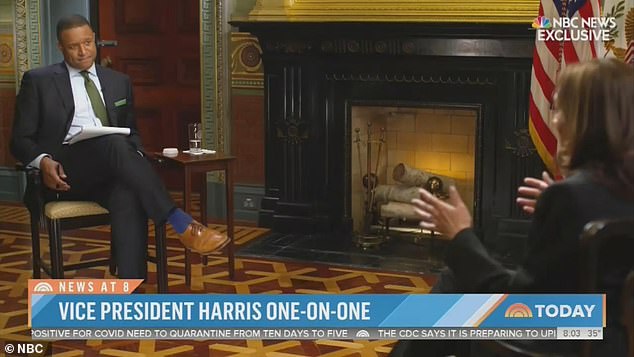 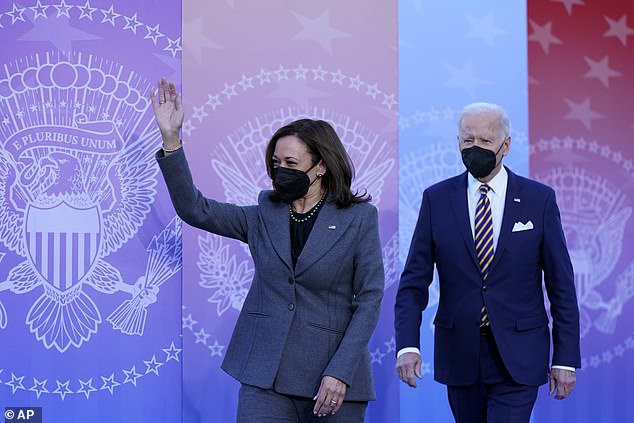 Harris joined President Biden on his trip to Atlanta. Both spoke on voting rights 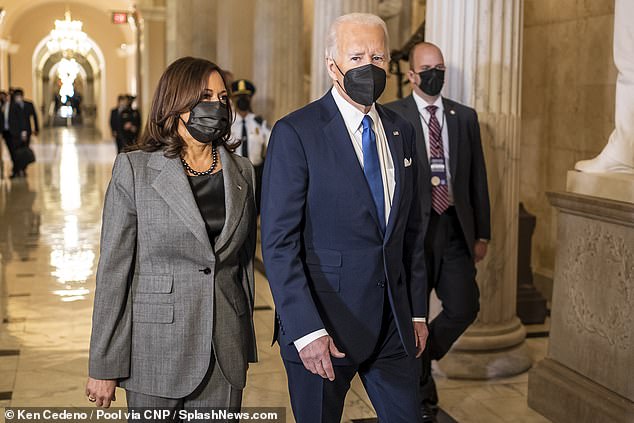 She also accompanied Biden to the Capitol Jan. 6th

Harris made a few stumbles in her ‘Today’ show interview. The White House had to correct a comment that new free at-home coronavirus test kits would start getting shipped out next week.

And some Republican operatives mocked her over her response when interviewer Craig Melvin asked if it was time to change the administration’s covid strategy, as some experts are urging.

‘It’s time for us to do what we have been doing and that time is every day,’ she said.

‘Every day it is time for us to agree that there are things and tools that are available to us to slow this thing down. And so right now we know we still have a number of people that, that is in the millions of Americans who have not been vaccinated, and could be vaccinated, and we are urging them to get vaccinated because it will save their life,’ she said. 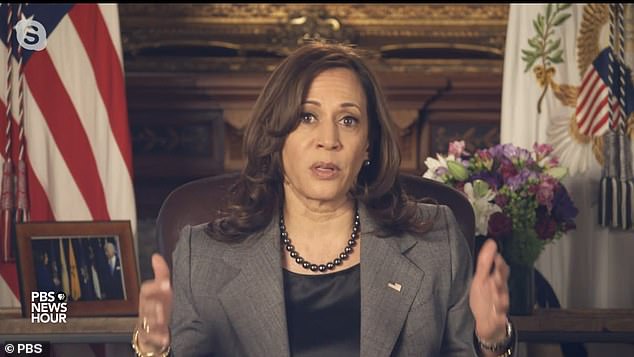 It Atlanta, Biden’s attacks on Republicans drew a furious response, but Harris also had a few zingers of her own.

‘Senate Republicans have exploited arcane rules to block these bills,’ she said, calling to change the filibuster. And let us be clear: The Constitution of the United States gives the Congress the power to pass legislation. And nowhere — nowhere — does the Constitution give a minority the right to unilaterally block legislation.’

And she gave a glowing introduction to Biden. ‘it is now my honor to introduce a leader who is unwavering in his commitment to defend our democracy and ensure the ballot prevails: the President of the United States of America,’ she said.

Last week, Harris sat for an interview with PBS, where she fielded a question about the administration’s ‘stalled’ agenda – and ended up dropping the politically taboo phrase of nationwide ‘malaise.’

‘There is a level of malaise,’ she told the network.

Judge rules no probable cause to charge Texas mother who 'stuck her son, 13, in the car trunk'