An Army veteran turned prison guard was offered the chance to rejoin the military to avoid being jailed for sexual assault by a Kentucky judge, though Army regulations would likely stop him from ever returning to the Armed Forces.

Brandon Scott Price, 28, was convicted of sex assault on a female inmate at the Franklin County Regional Jail.

Price pleaded down a charge of sodomy to second-degree assault and was sentenced to 12 months in jail, suspended for two years.

However, Judge Thomas Wingate told Price that he could stay out of jail if he re-enlisted in the Army within 30 days of his sentencing.

‘If you don’t enroll in 30 days, you can report to the Franklin County Regional Jail,’ Wingate said. ‘You are under the gun, young man. You gotta do it.’ 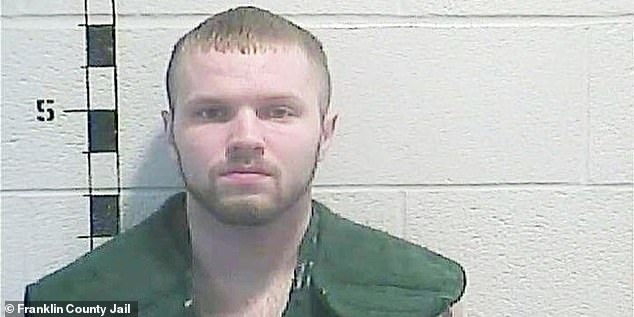 Brandon Scott Price, 28, was convicted of sexually assaulting a female inmate at a jail where he worked 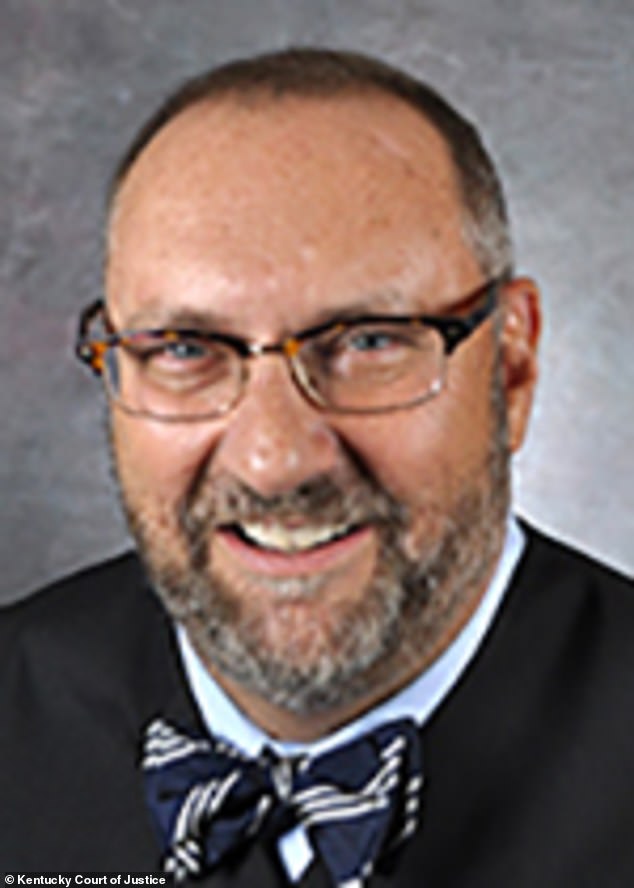 Judge Thomas D. Wingate ordered that Price had to re-enlist in the military rather than serve jail time

The case dates back to January 2019. In July of that year, a female inmate alleged that Price and several other former staffers at the jail sexually assaulted her during what she called a medical emergency where she needed to be taken to a hospital.

The lawsuit claims that Price volunteered to take the inmate to the hospital and did so alone, a violation of the prison’s standards and practices.

It continues that Price stuck around at the hospital with the inmate for five hours, all the while making what she calls ‘sexually-charged comments’ and discussing his connections to parole officials at the state department of corrections.

On their way back from the hospital, Price is accused of offering the inmate a chance to get early release in exchange for sex and then pulled over the van and assaulted the woman while she was in handcuffs.

Price said he ‘made a stupid mistake’ and ‘let a female inmate touch me inappropriately.’ He was later arrested after an investigation by officials for the jail. 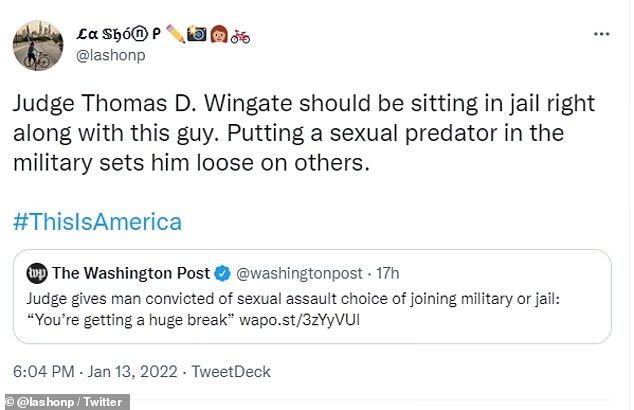 ‘You’re getting a huge break,’ Wingate said during sentencing. ‘You made a terrible mistake, which I know personally cost the county money.’

The decision drew heavy outrage on social media, with one user writing that Wingate ‘should be sitting in jail with this guy,’ while another called the decision ‘pathetic.’

One user said that ‘someone needs to send a message’ to Wingate over the sentence.

This sentence may not see Price’s escape hatch from prison ever come into effect.

Army rules say that an applicant is ineligible if ‘as a condition for any civil conviction or adverse disposition or any other reason through a civil or criminal court, [they are] ordered or subjected to a sentence that implies or imposes enlistment into the Armed Forces of the United States.’

Price has the option to try and get a waiver but will need to demonstrate ‘sufficient mitigating circumstances that clearly justify approving the waiver.’

The convicted sex assaulter’s attorney said his military service was known to the judge ahead of sentencing.

‘It is not uncommon for judges to put unique conditions like this based on the defendant that is in front of them and create conditions that will best serve them to stay on the straight and narrow,’ Whitney Lawson said. ‘It’s just that this one happened to have the military element to it.’

Lawson said that her client has begun trying to re-enlist but blames bureaucratic red tape for slowing the process.

‘The problem is, you can ask ten people whether he can reenlist and in what branch and they’ll give you nine different answers so we’re trying to work through that,’ Lawson added.

PICTURED: Woman, 44, and her boyfriend who are charged with abducting toddler from nursery