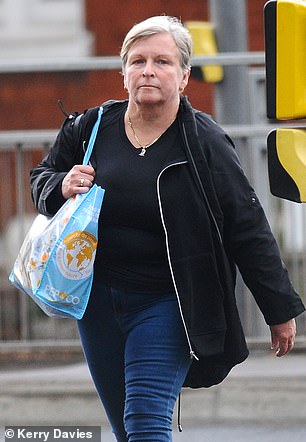 Dena Thompson, dubbed the Black Widow killer, was freed after 19 years in prison

She was dubbed the Black Widow after murdering her husband with a poisoned curry. Now, 19 years after receiving a life sentence, Dena Thompson is free to walk the streets.

The notorious bigamist, who was acquitted of trying to murder another husband and conned a third, was controversially set free by the Parole Board last month.

The image of the 61-year-old strolling in the sunshine will sicken her surviving spouses, who say she should have died behind bars.

Dressed in a cheap black anorak, jeggings and Skechers trainers, with her greying hair cropped short, Thompson was seen clutching a bag of goods from discount store Poundland. She was wearing a gold band but not on her wedding finger.

Thompson was already married when she wed advertising manager Julian Webb in 1991 after a whirlwind romance. She claimed she had cancer and persuaded Mr Webb to give her his £25,000 savings to pay for her treatment before feeding him a poisoned curry on his 31st birthday in June 1994. 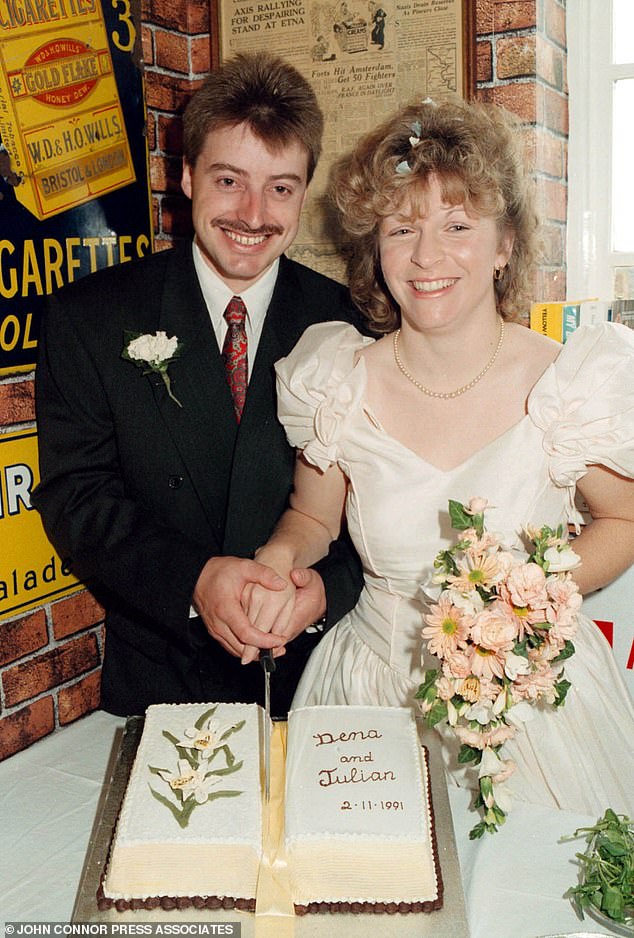 Thompson (right) was already married when she wed advertising manager Julian Webb (left) in 1991 after a whirlwind romance. The pair are pictured on their wedding day, November 2 1991

The day after Mr Webb’s death, Thompson turned up at the newspaper office where he had worked to ask how long it would take to receive his £36,000 death-in-service benefit. The truth about the murder wasn’t uncovered until Sussex Police learnt of Thompson’s attack on her third husband, Richard Thompson, and exhumed Mr Webb’s body.

In 2003, Thompson was jailed for life and ordered to serve at least 16 years.

Mr Thompson, who survived the attack with a baseball bat and a knife, said yesterday: ‘She’ll get karma.’

The pair were married in 1998, and only months later, she started forging his signature, emptying his savings account and running up thousands of pounds of debt on his credit cards. 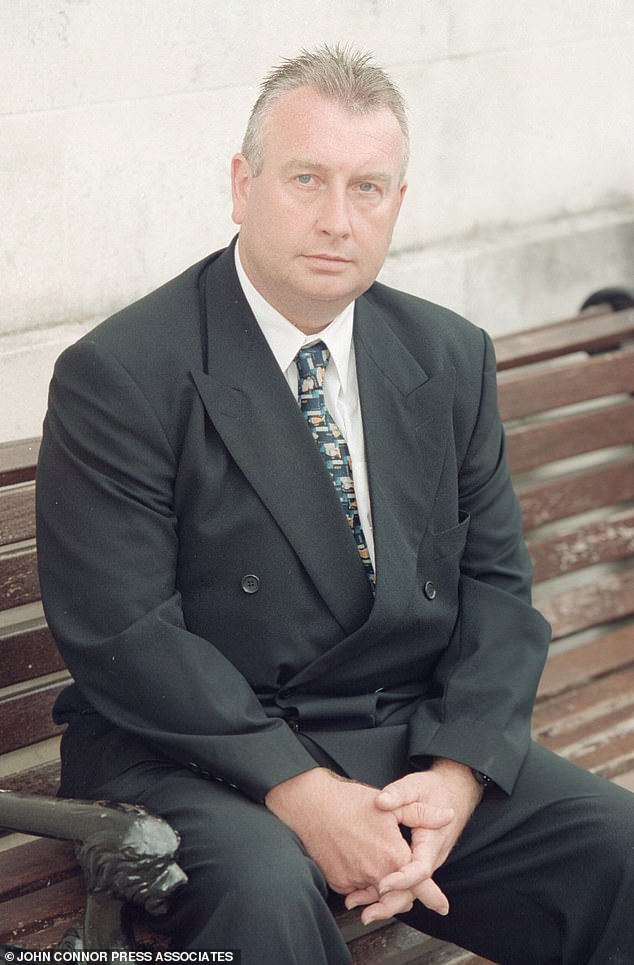 The day before Mr Thompson was due to fly to Florida, she told him she had a ‘surprise’ for him and asked him to lie on the bedroom floor.

He says she tied his arms behind his back, put tape around his ankles and placed a towel across his face before hitting him twice around the head with a baseball bat and stabbing him in the shoulder with a carving knife.

Despite bleeding profusely from a head wound, Mr Thompson managed to free his hands and forced her to drop the knife. Thompson was acquitted of attempted murder in 2000 after jurors believed her claim that she was defending herself after a row about money. But she was jailed for three years and nine months after admitting conning him and two previous lovers out of £12,000.

Mr Thompson said the court case was a ‘lying game’ for her, adding: ‘It is scandalous that I only found out about her release from yourselves (the media).’ 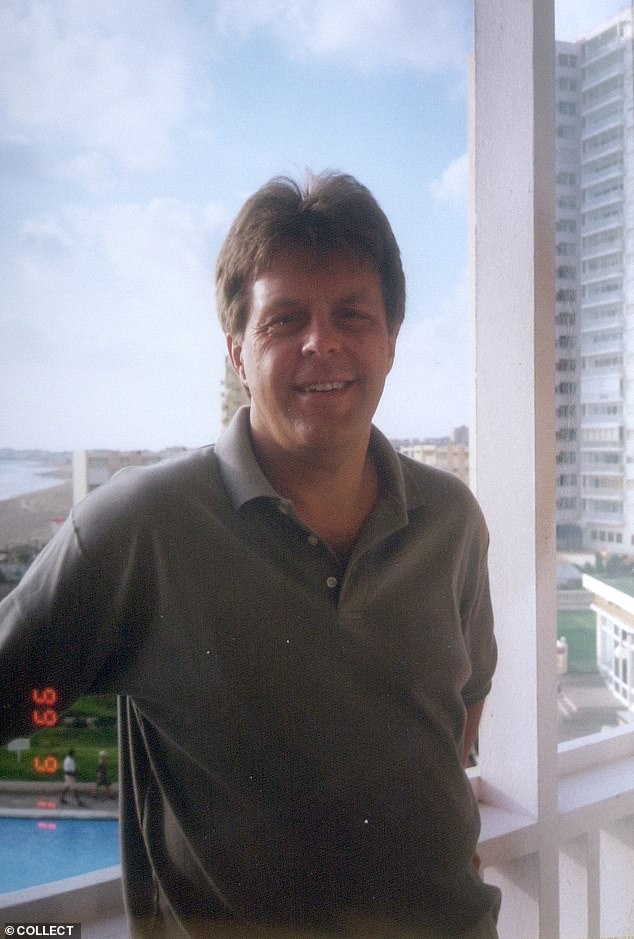 The jury was not told until after the trial that she had also been convicted of theft and forgery while married to her first husband, fairground attendant Lee Wyatt, in the 1980s.

Mr Wyatt fled the marriage fearing for his life after being conned into thinking that Disney wanted to pay millions for the rights to a character Thompson had created and the Mafia was after a cut of the money. Yesterday he said: ‘She is out and about enjoying life, but I have never had closure in what was taken from me.

‘People in authority are not worried about what happens to her as they released her in the first instance. The law needs to go back 40 or 50 years as it was then, when life meant life.’

Martyn Underhill, a former detective chief inspector who exposed Thompson’s crimes before going on to serve as Dorset Police and Crime Commissioner, said: ‘This woman is every man’s nightmare. For a decade, she targeted men sexually, financially and physically.

‘I believe she still poses a danger. The authorities must keep a close eye on her.’