Footage of two men ordering early morning Maccas at a drive-thru has been released by NSW Police as it investigates a stabbing death that occurred 200 metres away from the restaurant.

The vision captured in January shows two men pulling up in a Mitsubishi ASX SUV at the Nowra drive-thru window at 5.14am, and paying for the meal in cash.

As part of an investigation into the death NSW Police are calling for one of the men spotted in the front passenger seat to come forward to assist with enquiries. 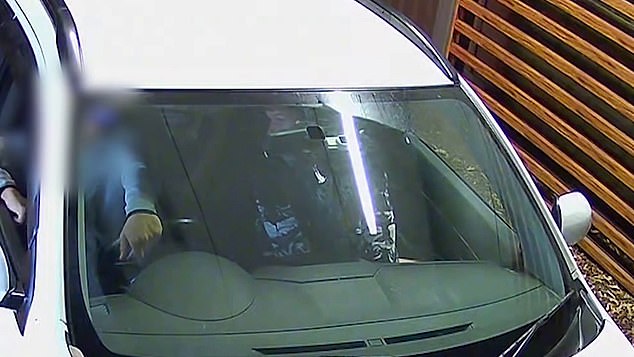 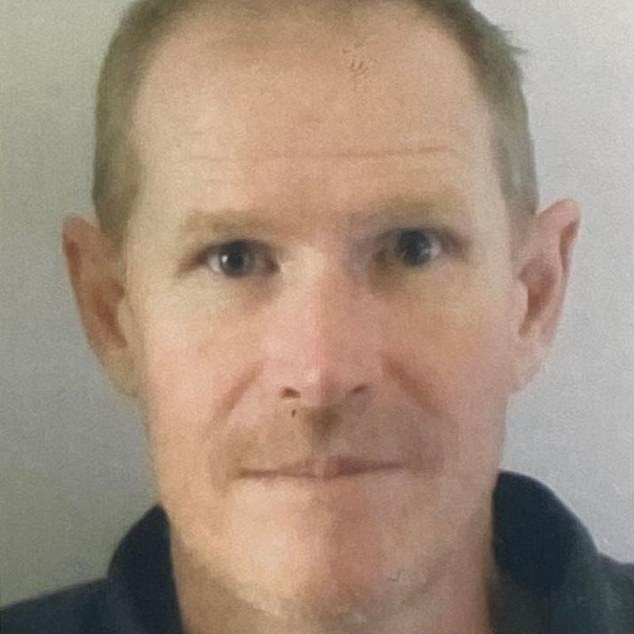 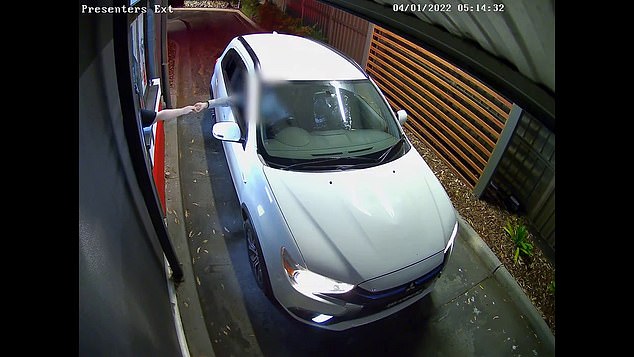 NSW Police want to speak to a man described by police as being of Caucasian appearance, aged in his early 20s, with brown hair seen in the front of the SUV (pictured)

The man is described by police as being of Caucasian appearance, aged in his early 20s, with brown hair.

‘He’s depicted in CCTV footage as a front seat passenger of the SUV,’ police said in a release.

The vehicle was in the same area where 51-year-old Michael Kerr was fatally knifed in a laneway at the intersection of Haigh Avenue and Worrigee Street on January 4 this year.’

Mr Kerr was found unconscious suffering an abdominal stab wound before 4.20am and later died in hospital despite police performing CPR.

Vision of the victim walking south along nearby Kinghorne Street before the attack was also released.

Police are appealing for more CCTV or dashcam footage taken around the surrounding area between 3am and 5am on Tuesday January 4, 2022.

The news came after a man and a woman faced murder charges for a fatal hit and run in Nowra’s south in April. 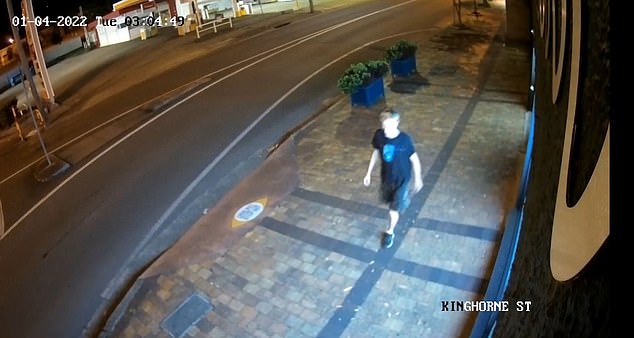 Michael Kerr was captured on CCTV (pictured) walking south along Kinghorne Street, Nowra on the NSW south coast at around 3am before he was stabbed

Chris Pratt rocks a stylish suit while hitting the red carpet for Thor: Love and Thunder