A council has vowed ‘we must try harder’ after the head of a local school spotted they had misspelt their new bus stop sign using the word ‘grammer’.

Headmaster Chris Pyle saw the sign said Lancaster Royal Grammar School with an ‘e’ so he took a photo and posted it on Twitter with the awkward word: ‘Umm.’

The new bus stop sign was just installed by the county council outside the gates of his 1,100-pupil in Lancashire believed to be the oldest in England.

And after he posted his snap there has been a flood of hilarious responses from educators and ex-pupils, with the school’s own Twitter page ordering the council to ‘write out Royal Grammar School 50 times!’

Now Lancashire County Council has seen the funny side, apologised for their ‘schoolboy error’, and promised to correct the sign over the coming days. 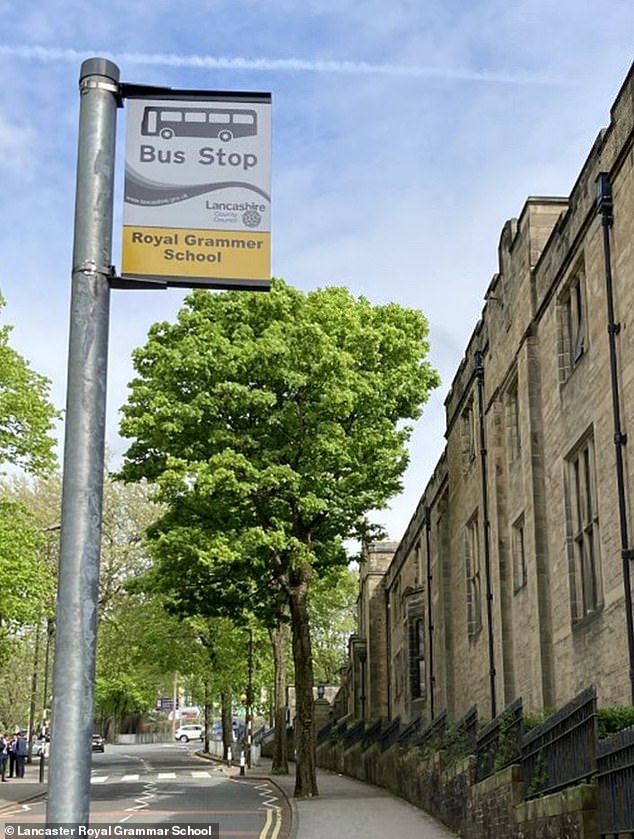 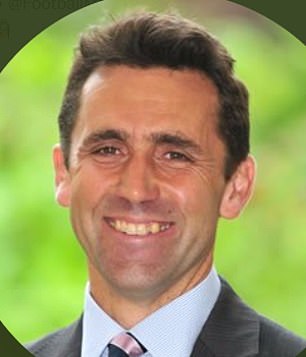 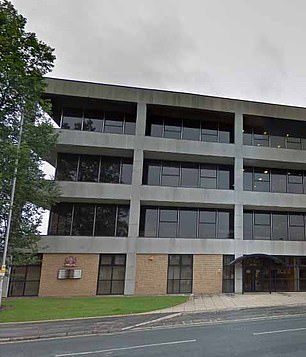 Eagle-eyed headmaster Chris Pyle (left) noticed something was wrong when he walked past the new bus stop sign outside the gates of his 1,100-pupil selective Lancaster Royal Grammar School (LRGS), in Lancashire. Now Lancashire County Council (right) has seen the funny side, apologised for their ‘schoolboy error’, and promised to correct the sign over the coming days

The council confessed: ‘The irony of this unfortunate spelling error is not lost on the county council. This schoolboy error does certainly not meet Lancaster Grammar’s exceptionally high standards.

‘Rest assured, we will correct this mistake and replace the bus stop plates over the coming days.’

The spokesman added: ‘We’re glad people have been able to see the funny side and would like to reassure everyone that we will try harder in the future.’

LRGS was rated by Ofsted as an ‘outstanding’ school in 2019 and is a selective grammar school for day pupils and boarders aged 11-18 in Lancaster.

Old students belong to The Old Lancastrians and it is also one of the oldest in England, having been founded between 1235 and 1256. 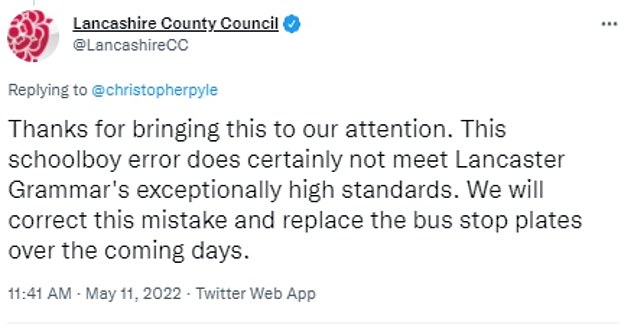 Head Chris Pyle said he was delighted he and his school have helped the council improve their English.

He quipped: ‘We are enjoying the irony but will keep on trying to teach the world how to spell “grammar” correctly.

‘Teachers are used to correcting spelling mistakes, and both pupils and teachers have enjoyed seeing this real world example on our doorstep.’

While one Twitter account called ‘The Grammar Armadillo’ responded by saying: ‘Step aside, let me handle this.’

Is BBC set to impose no-jab no-job rule on stars to avoid another Strictly vaccine fiasco?

Woman, in her 40s, whose body was found near A3 slip road in Surrey was killed elsewhere