Larry David broke his silence on widely-shared photos of himself looking bored at a New York Fashion Week show during an appearance on Jimmy Kimmel.

The 74-year-old comedian was pictured sitting front row next to wife Ashley Underwood at the Staud show on September 12 as he plugged his ears and furrowed his brows.

He even appeared to be looking at the floor in one of the photos instead of at the models walking down the runway donning the Spring/Summer 2022 collection.

Kimmel didn’t hesitate to call David out earlier this week. He showed him the photos and said: ‘You don’t seem to be having a great time. You actually seem to be scared.’ 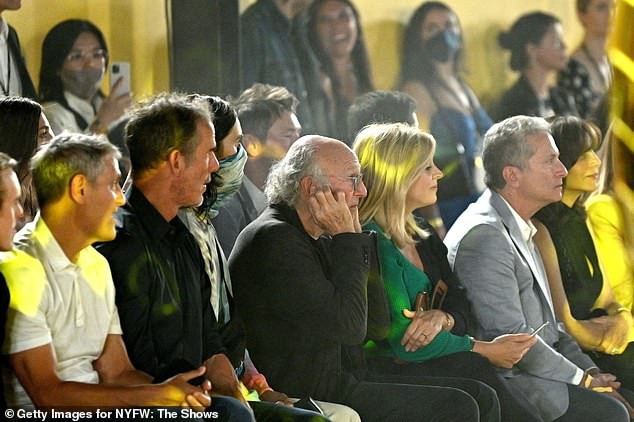 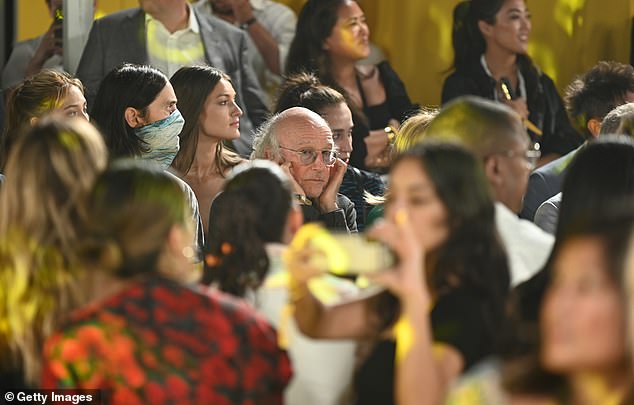 Too loud: Far from enjoying the hot ticket, David appeared quite unhappy, lowering his head and plugging his ears to the loud music 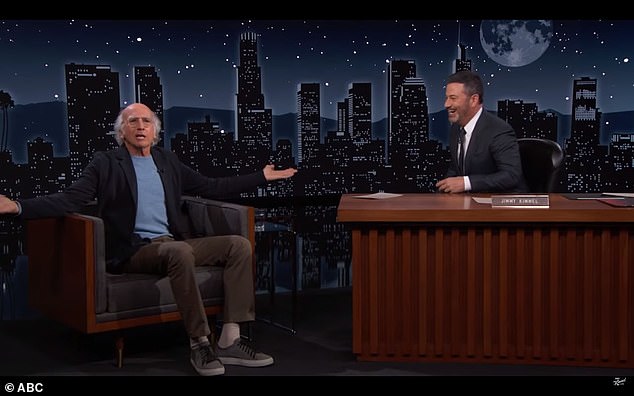 David joked when on Jimmy Kimmel Tuesday night: ‘It was very noisy… You know me at a fashion show it’s a little out of place. Like Steve Bannon at a Seder, it doesn’t really work’

‘It was very noisy,’ David replied.

He also joked: ‘You know me at a fashion show it’s a little out of place. Like Steve Bannon at a Seder, it doesn’t really work.’

He went on to explain how he ended up at NYFW in the first place.

‘My friend’s fiancée is a great fashion designer,’ he said, referring to Staud’s co-founder Sarah Staudinger.

‘She’s a wonderful gal and he said to me that my presence would be helpful,’ he added.

The Curb Your Enthusiasm star laughed and told Kimmel: ‘My presence has never been helpful anywhere. Wherever I am, it’s wrong, you know. Everything is better if I’m not there.’

He quipped that he even shuts off the TV when he’s watching his home team because ‘I know if I leave the room they’ll do better’.

‘So I showed up,’ he said, ending his explanation of the now-viral photos, which quickly gained attention on social media and left many users in stitches over how out-of-place he looked, as well as his on-brand reaction.

But David’s comedian daughter Cazzie David wasn’t quite as amused by the snaps – or the video filmed by The Cut’s Emilia Petrarca, who was also at the show, which was dubbed the ‘best post about fashion week’. 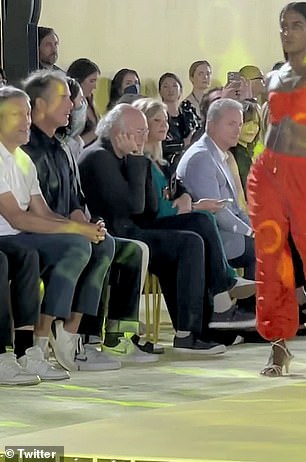 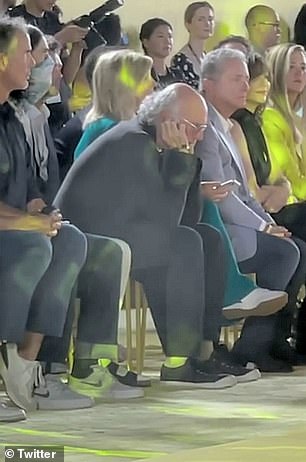 Not funny: His 27-year-old daughter Cazzie described the clip as ‘disturbing,’ adding that it was clear to her that he was ‘miserable’ and ‘having a breakdown’

When speaking on the Call Her Daddy podcast last month the 27-year-old described the clip as ‘disturbing,’ adding that it was clear to her that he was ‘miserable’ and ‘having a breakdown’.

While others described it ‘truly and utterly iconic,’ museum-worthy, ‘perfect,’ – including assumptions that he was filming a bit – Cazzie insisted it was nothing of the sort.

She told the podcast she knew her dad was truly in distress at the moment.

‘For me, it was like this is a man who was dragged to some place he doesn’t want to be, that he didn’t know what it would be. He doesn’t know what a fashion show is. 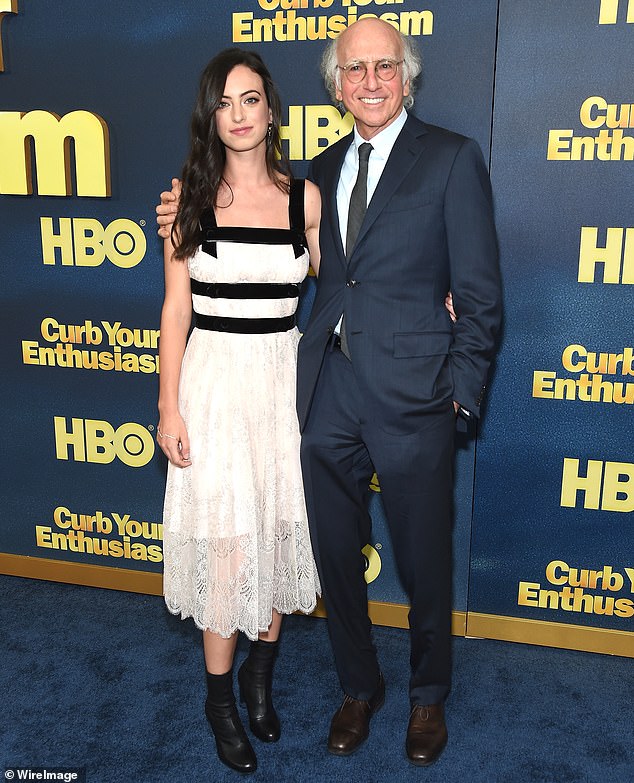 ‘It was simply just too loud for him to be there. It’s very sad,’ she added

She added: ‘He looks so miserable and I obviously don’t like seeing my dad miserable, whether or not it’s funny. But he would also never do something to try and be funny. I don’t think he’s ever done anything in his life like that to be funny.

However, she did note that she was ‘happy everyone thought it was so funny and relatable’.

Though she revealed that she didn’t ask her dad about the show, she and her sister Romy, 26, discussed it.

‘Me and my sister texted it to each other and we were both like, oy. This is so sad,’ she said. ‘It’s so weird how different your reaction can be than someone else’s.

‘It was simply just too loud for him to be there. It’s very sad,’ she added.

Violence against women should be treated as seriously as TERRORISM, watchdog says