Campaigners have blasted pictures of a convicted killer and his sister who made ‘gun signs’ while posing inside a prison.

Alex Henry, 30, and his sister Charlotte – a lawyer – made the poses inside HMP Dovegate in Staffordshire.

Miss Henry explained that she was short of pictures of herself with her brother before making the poses in the prison photobooth, The Sun reports.

She said: ‘When Alex went to jail I had hardly any photos of us.

‘To document our lives now is important to me.’ 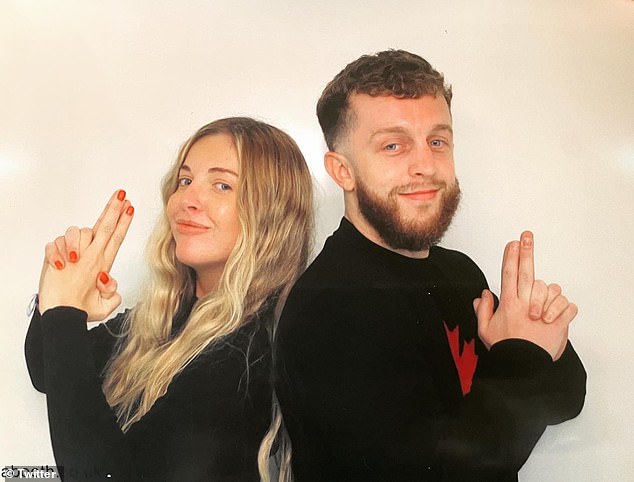 Alex Henry, 30, and his sister Charlotte – a lawyer – made the poses inside HMP Dovegate in Staffordshire

Alex Henry was just 21 when he was jailed for 19 years in 2013 for murder under the Joint Enterprise Law.

Henry had been present at the scene when his friend stabbed a man in a west London shopping centre.

Under the Joint Enterprise Law, the jury decided Henry was aware his friend was in possession of the knife.

Campaigners were less than impressed with the siblings’ picture stances.

Mothers Against Guns said: ‘What is the jail doing? And his sister should know better.’

The Prison Service declined to comment on whether the pictures were in breach of protocol.