More than 22 years into Michael Politte’s life sentence for the murder of his mother, of which he was convicted at age 14, a juror who helped put him in prison has now come out claiming he was innocent and should be freed.

‘If I had known then what I know now, I would not have convicted,’ Linda Dickerson-Bell wrote in an affidavit, which was included in a petition seeking Politte’s release that his lawyers filed with the Missouri Supreme Court on Wednesday.

Dickerson-Bell, who has emerged as the second juror from Politte’s murder trial to publicly express her regret for finding him guilty, said that she was pressured to convict the defendant by other jurors. 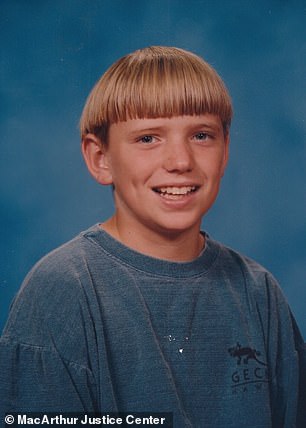 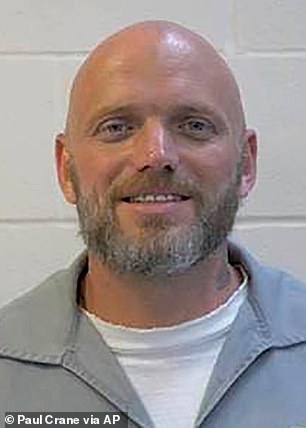 Michael Politte entered prison for the murder of his mother as a 14-year-old boy (left). Now, he is 37 and serving a life sentence while continuing to maintain his innocence 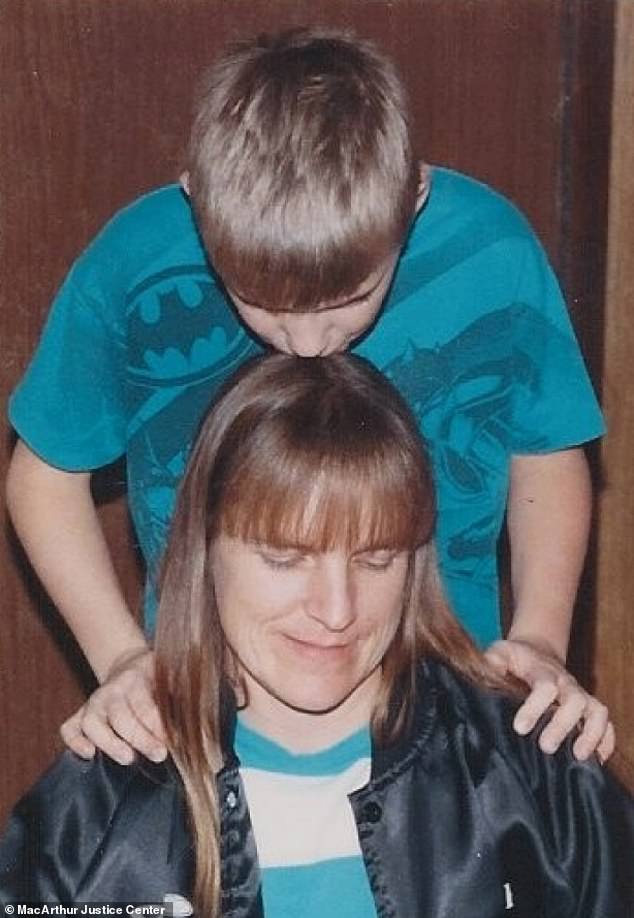 Rita Politte suffered blunt force trauma and was burned to death inside her mobile home in Hopewell, Missouri, in 1998 (pictured with Michael) 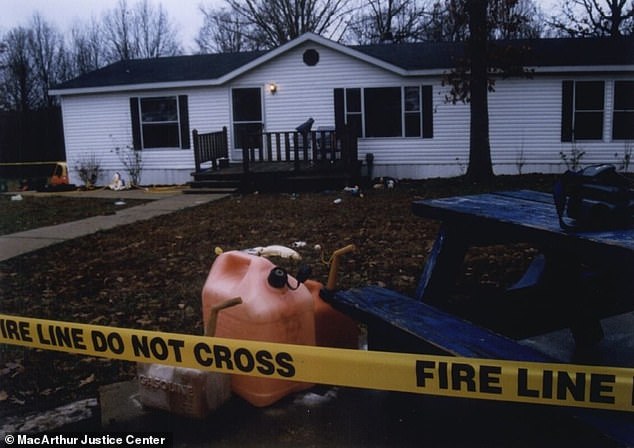 Rita Politte was burned to death inside her mobile home in Hopewell, Missouri, in 1998. Politte was convicted of second-degree murder and sentenced to life in prison after being tried as an adult. He is housed at the Jefferson City Correctional Center.

The Missouri Court of Appeals in September refused to hear the case, prompting the request to the state Supreme Court.

‘Rita Politte deserves justice,’ the court filing states. ‘But she is not the only victim here. Her family, including her then 14-year-old, now grown, son Michael, are also victims of the State´s failure to properly investigate and prosecute her murderer, not to mention their knowing misconduct. This Court can finally bring peace to this family.’

In addition to asking that Politte be freed, his attorneys are seeking an evidentiary hearing or appointment of a special master to investigate the case.

‘Most basically, we believe Mike should be freed because he was convicted on the basis of false evidence,’ Politte’s attorney, Megan Crane, said in a phone interview. “Everyone knows it’s false. Even the state admits it’s false.’

But efforts to free Politte have failed because the state’s judicial system ‘values finality over fairness,’ Crane said. 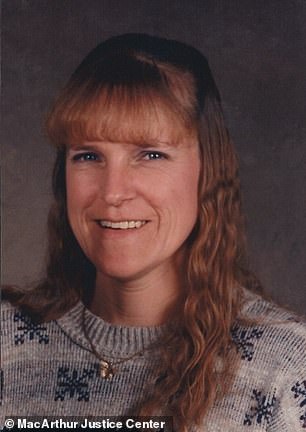 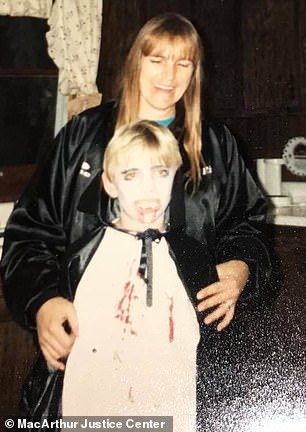 The defense argued that the state did not provide a motive for Politte to kill his mother. Much of the case hinged on fire investigators’ testimony who said the fire was started with gasoline and investigators determined Politte had gasoline on his shoes, which has been disproven 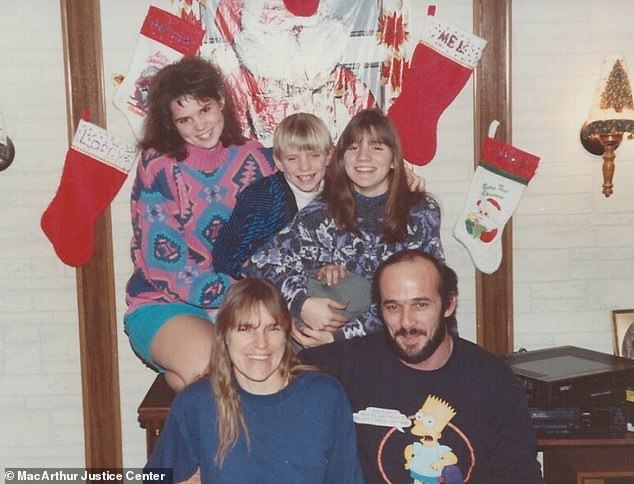 Michael and both his sisters (pictured together, top) have always maintained that he was innocent. Attorneys argued that investigators ignored other potential suspects, including Politte’s father (bottom right), who was going through a contentious divorce with Rita

Politte said in a statement in August that he ended up in prison due to a judicial system ‘overseen by flawed human beings’ who ‘do not want to admit that they wrongfully convicted a 14-year-old for murdering his own mother.’

The petition said Politte and a friend were sleeping when they awoke to smoke in the early hours of December 5, 1998. Politte said he found his mother’s burning body in her bedroom as he and the friend tried to escape. She also suffered blunt force head trauma.

The state did not provide a motive for Politte to kill his mother, and its case rested largely on testimony from fire investigators who said the fire was started with gasoline and investigators determined Politte had gasoline on his shoes – the only physical evidence linking him to the crime. 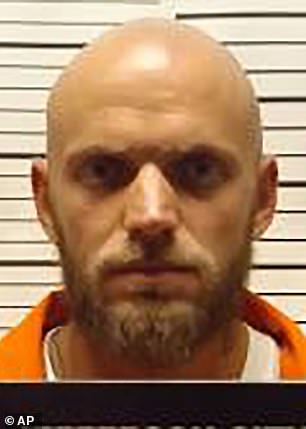 Attorneys for Politte are seeking to have have freed, citing now-disproven evidence, a faulty investigation and a flawed trial defense

But the court filing said the findings were based on now-discredited fire investigation techniques. It said the state now concedes that Politte did not have gas on his shoes.

Dickerson-Bell, the former juror, wrote in her affidavit that she has long harbored doubts about Politte’s guilt, and that when she learned years later about the false evidence, her mind was made up, reported Kansas City Star.

‘I now firmly believe … that we made a terrible mistake,’ she stated.

Dickerson-Bell is not the only member of the jury at the 2002 trial who has had a change of heard about the case over the past two decades.

In 2017, juror Jonathan Peterson, wrote in an affidavit that he did not think ‘justice was served’ when Politte was convicted.

Peterson wrote that he while was ‘unsure’ Politte committed the murder, he claimed he voted to convict because the trial judge pressured the jury to return a verdict.

The petition for Politte’s release said investigators ignored other potential suspects, including Politte’s father, who was going through a contentious divorce with Rita, and who had been court-ordered to pay a ‘significant’ settlement to her a week before the killing.

Witnesses also said a cousin of Politte’s father was seen around the mobile home shortly after the fire was reported.

Throughout frequent interrogation, without an attorney, in the 48 hours after his mother’s death, Politte steadfastly maintained his innocence, as he has in the intervening years, Crane said. Before he went to trial, Politte rejected an offer to plead guilty to voluntary manslaughter carrying a 15-year sentence because he was innocent, she said. 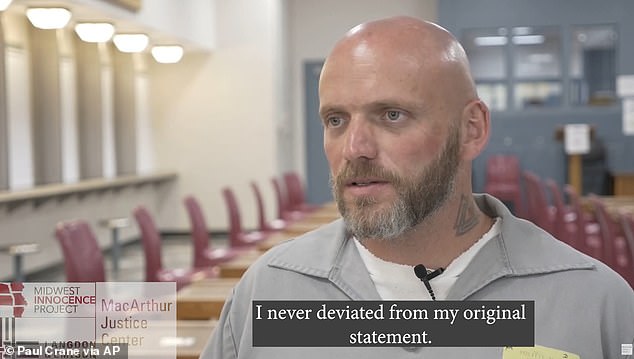 Before his trial, Politte rejected an offer to plead guilty to voluntary manslaughter

Had he accepted the plea deal, Politte said in a recent interview with St Louis Public Radio, he would have regained his freedom a decade ago.

‘I didn’t murder my mother,’ he told the station.

The friend who was at the scene has consistently backed Politte’s story, and Politte’s two sisters have always believed he is innocent, Crane said.

Politte was held in juvenile custody for four years before he was tried as an adult in January 2002.

Politte’s attorneys said the public defender who handled his trial presented only a half-day of testimony from three witnesses, called no experts to debunk the fire and gasoline evidence, and declined to call as a witness the friend who was in the house, who has long stood by Politte’s account of what happened.